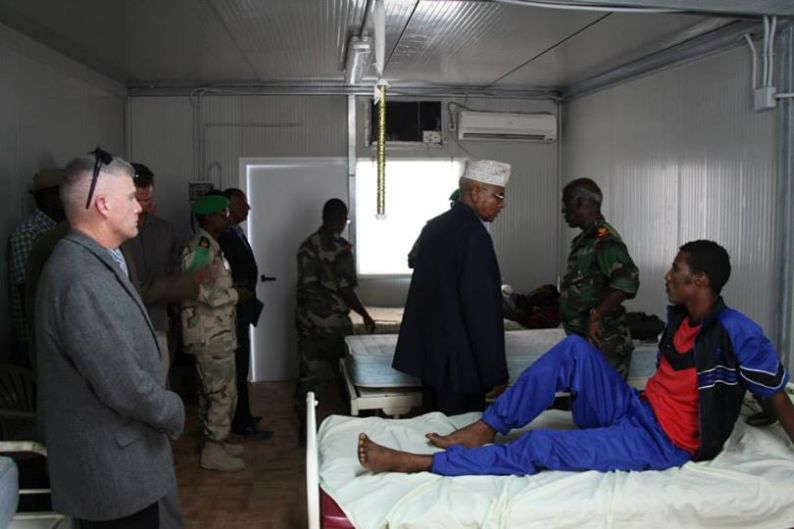 The African Union Special Representative for Somalia and Head of AMISOM, Ambassador Mahamat Saleh Annadif also visited and spoke to injured soldiers at the AMISOM Hospital. These were injured during the offensive against the al Shabaab in Buula Burte. He applauded their courage and the sacrifice they have made to make Somalia peaceful.

The African Union Special Representative for Somalia and Head of AMISOM, Ambassador Mahamat also Added; AMISOM suspected that many leaders of al Shabaab may have fled to Mogadishu to Puntland and other areas. We are conducting operations in Mogadishu and have found garages with explosives being assembled. We are ready to take on any forces that are against peace.