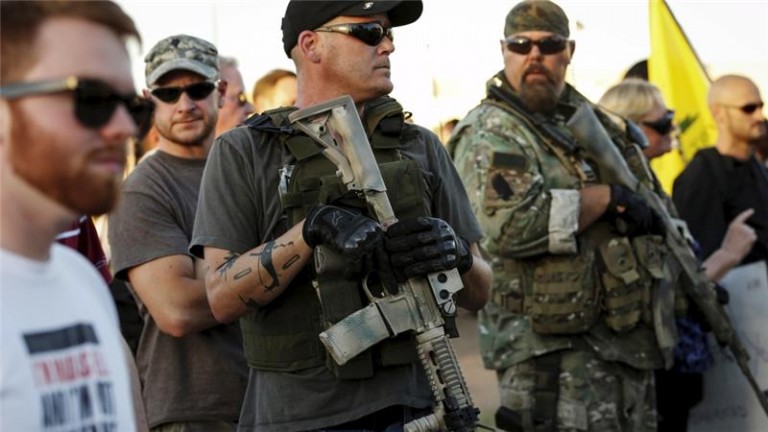 DJIBOUTI (HAN) January 7, 2016 – Public Diplomacy and Regional Stability Initiatives News. In these extraordinary times of fear, anger and sense of helplessness, hate and cruelty are common human reactions. These are the times that bring out the worst, and sometimes the best in individuals, groups and states.

No wonder militarism and terrorism are on dangerously accelerated course. Both are driven by men with myopic vision, who galvanize the uninformed masses with half-truths and propaganda that are seldom exposed as such.

Left uncontested, this phenomenon is likely to set many states on fire and rip them apart in ways far beyond most of us could imagine. Already, it has wrecked many developing countries, and counterintuitively poisoned foreign policies and the rule of law in a number of Western nations.

In that context, the question of the century ought to be: “How can we stop this trend and backtrack our way to normalcy?” Meanwhile, the pendulum of radicalism swings between toxic pandering and political pandemonium.

Almost a decade ago, in an article entitled Islamophobia and the Specter of Neo-McCarthyism, I wrote “…winning hearts and minds will remain a tall order so long as the neo-McCarthy windmills continue to operate in full force and generate the negative energy of fear and hate that sustain political polarization.” However, I have never in my wildest dreams fathomed that a hyper-panderer, the front-runner of the Republican Party, would be campaigning on what could only be described as a hate platform.

In order to thoroughly understand radicalism, we must not succumb to fear. We must scrutinize narratives and never give the leading actors on all sides the absolute authority to think for us and subjectively frame our perceptions. In that spirit of objectivity, in order to effectively deal with radicalism, the calculus must include U.S. foreign policy and the ever invasive Western hegemony.

Michael Scheuer, a former CIA officer who led the operation to hunt Osama bin Laden has presented this argument in his books and various interviews: “None of these [terrorists] were attacking the United States because we have liberties, or elections; or because we have women in the work place.” Instead, they were outraged by “the conduct of our [interventionist] foreign policy.”

Meanwhile, the definition of terrorism still remains a political riddle of serious consequence. Therefore, the prevalent perception that often goes without any scrutiny is that terrorists are people who simply hate us for who we are and for our values. They are individuals or groups that officials in government label as such extrajudicially.

Exploiting the rising tide of hysteria in the U.S. and Europe, Donald Trump started to run on an anti-immigrant and islamophobic platform that advocates banning Muslims from coming to the U.S. and squeezing them out by denying them re-entry when they travel abroad.

While the tragic and indeed terrorist events in Paris and San Bernardino may have exacerbated it, the anti-Muslim hysteria of ‘they are here and we’re all going to die’ is the byproduct of strategic hate-mongering that goes back two decades.

There are various think-tanks, hate-specialist pundits and media groups such as Fox News and I Heart Media—the rebranded infamous Clear Channel. With virtually around the clock rants and raves against Islam and Muslims, the latter media group is the undisputed command center of paranoia and Islamophobia. It now owns more than 800 radio stations in over 150 markets that target certain demographics that consider jingoism a patriotic litmus test and foreign policy a road-map of who we should attack next.

In order to deny Muslims their constitutionally guaranteed civil liberties and civil and religious rights, radio personalities such as Rush Limbaugh, Sean Hannity and Glenn Beck repeat ad nauseam that “Islam is not a religion. Islam is a political ideology that wants to rule the world.” Presidential candidates such as Ted Cruz use that line of argument to blur the line between Muslims and violent extremists.

Most of the polls—some apparently being notoriously biased—confirm broad-based negative perception toward Islam. However, unlike their older counterparts, younger Americans regardless of party affiliation, espouse favorable perception about Islam and Muslims—especially college-aged ones. This latter trend certainly gives a sense of reassurance that the future is not as grim as many perceive it.

Countering this anti-Muslim campaign, the White House has wasted no time in condemning Trump’s Muslim ban proposal. It was “totally contrary to our values as Americans” said Ben Rhodes, the Deputy National Security Adviser.

The Congress swiftly joined the executive branch to condemn Trump’s toxic polarization. House Speaker Paul Ryan who is also Republican delivered perhaps the harshest criticism and exposed the absurdity of Trump’s anti-Muslim campaign. “Not only are there many Muslims serving in our armed forces dying for this country, there are Muslims serving right here in the House working everyday to uphold the Constitution,” said Ryan.

At the state level, speaking at the Islamic Society of Boston Cultural Center, the largest mosque in New England, Chief Justice Ralph Gants (who happens to be Jewish) told the Muslim community “you do not stand alone…You have a Constitution and laws to protect your right to practice your religion, to protect you from discrimination and the denial of your equal rights, and to protect you from acts of violence that might be committed against you because of your religion or your nation of origin.”

In the entertainment business, many Americans like Oscar-winning Michael Moore, have expressed unequivocal outrage over Trump’s proposal. Moore went the extra mile. He crossed the picket line of hate by launching a “We Are All Muslim” campaign.

In academia, many have expressed their solidarity. Larycia Hawkins, a tenured professor of political science, has been suspended and her tenure has been jeopardized for saying Christians and Muslims worship the same God and for wearing a hijab.

At a personal level, a Christian friend of mine, Dr. Robert Reber, former dean of Auburn Seminary, wrote me this: “I have felt almost sick over the anti-Muslim reactions in this country which are often spurred by political figures and uninformed, if not racist, individuals in our society and Christian communities. It makes me so sad and wanting deeply to reach out to Muslims.”

Silver lining in the sky

Routinely our collective conscience gets traumatized by terrorist attacks carried by non-state actors and wars carried by mighty states. In a knee-jerk response to such traumatic experiences, narratives of hate and extreme reactions of one kind or another develop, and they, in due course, become the accepted norm.

Though Muslims have never been under greater threat within the U.S. than today, I believe that America is already in the process of calibrating its understanding of Islam and Muslims and ostracizing merchants of hate.

Contrary to the perception promoted by extremists on both ends that we are in an existential religious war, Muslims are not out there to hunt down Christians. These two faith communities, as well as the Jewish community, have lived together and prospered for centuries. And, despite the relentless campaign to demonize mosques as breeding grounds for terrorists, these spiritual sanctuaries are morally bound to promote all that is good and to forbid all that is evil.

Recently, in Mandera, Kenya, a group of Muslim passengers that media appropriately dubbed as the Mandera Heroes put their lives on the line in order to shield their fellow Christian passengers from being executed by al-Shabaab members who raided their bus.

These acts of solidarity against evil could ultimately diminish stereotypes and break the political walls that divide us. But we need the media, especially in the West, to not exclusively focus on the negatives and to celebrate this kind of heroism.

With the current trajectory of deceptions and denials, we are collectively set to pay an enormous price in lives, security, displacement, and economic loss. Hate crimes and vandalism of mosques are at an all-time high. And the more provocations continue, the more terrorist outfits such as ISIS will effectively radicalize and gain recruits.

Radicalism justifies terrorism in the same way that demonization justifies militarism. And, as it is apparent throughout the Middle East and many other parts of the world, terrorism and militarism fuel each other.

Let us be honest with ourselves—after all, our lives and the future of humanity depend on it. Militarism and terrorism are the two sides of the same coin and anti-Western and Islamophobia are simply their reflections. Now, how can we work together for our mutual interest?