Home frontpage Djibouti: An Open Letter to the President of Somaliland 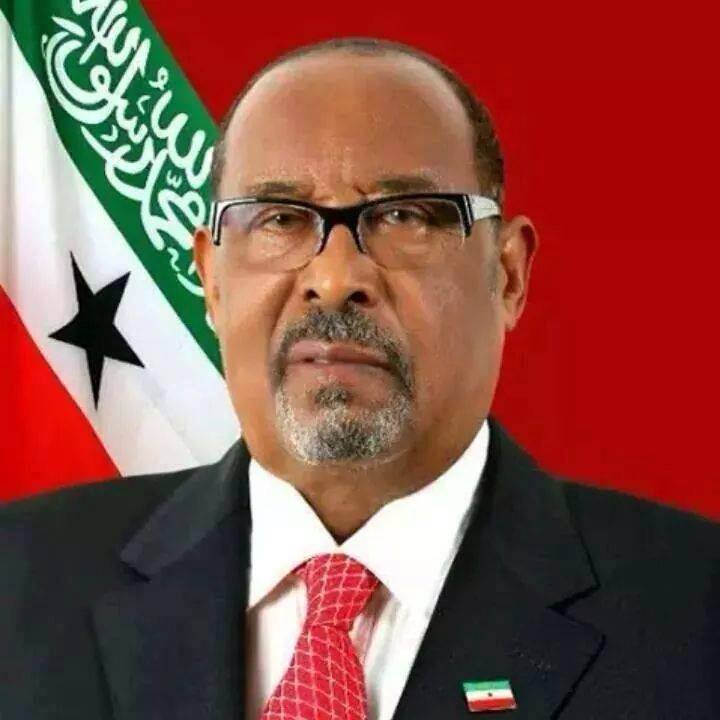 Djibouti (HAN) December 21, 2014 – Public diplomacy and Open Letter to President of Somaliland AHMED MOHAMED MOHAMOUD (SIILAANYO) Part I.  We have been engaged and working inside Somaliland, some of us for decades, as academics, experts and members of non-governmental organizations.

Today we are deeply worried about the current course of the country-Somaliland and the lack of credible scenarios for the future. These strategies are unsustainable in the long run.

An Open Letter to President, By Ahmed Dalal Farah (Wii Waa): Your Excellency Mr. President I would like to express my gratitude and appreciation for officially appointing me with full confidence twice for the highest public servant positions that is Direct General (DG) for Ministry of National Planning and Development and subsequently transferring me to the Ministry of Civil Aviation and Air Transport of Somaliland from the period of October 2010-to October 31, 2013.

Perhaps it is not customary to talk about the affairs of government institution that you were an integral part, whatever the success or failure is after you left the incumbent administration.

Indeed, my primary objective to write this an open letter report is about the true picture of the present aviation sector of Somaliland and it’s management which always re-appears on a very re-active basis via the media. Whenever a politician from Somalia either visits headquarters of International Civil Aviation Organization (ICAO) or meets officials from this organization elsewhere, such as Nairobi Kenya or Mogadishu Somalia. We are seeing throughout the media responding in ambiguity status.

Therefore, this report or interview is an education material primarily for you and a general information report to the citizens of Somaliland inside/outside the country who are very confused. The second  objective of the report is also an information as a concerned  citizen and former senior civil servant of this ministry is to provide you guideline and strategy to in order to efficiently negotiate with the official of Somalia in the up-coming meeting on January 15th ,2015 in Ankara Tuesday. In particular how to strengthen the winning position of the aviation technical team so that end result would be win-win situation for our team.

Time Line of the aviation sector in Somaliland

Your Excellency you had the privilege to appoint the seventh (7) Minister Mr. Mohamoud Hashi Abdi, the incumbent Minister of Ministry of Civil aviation and Air Transport (MoCAAT) as the 3rd Head of State in the life span of this State of Somaliland

There is no doubt under your leadership many tangible achievements have been made from day – one to the present day June 26th, 2015.  But you also know that you are the direct Supervisor of all the Minister(s) and you must take full ownership of the success and failures. |To clearly understand that you need to undertake an audit them in their performances.

For Example, the he Minister of Civil Aviation& Air Transport in the sole figure responsible for the achievements and failures that faces the aviation sector of Somaliland.

Here is Summarized Tim Line during his term.

2.2 Dissolution of Steering Committee of CACAS

2.3 Officials Transfer of Aviation Management and control by UNOP/ICAO to FGoS

2.4 Somaliland Dispute of the unilateral transfer by banning all UN Flights

2.6 Official Agreement to relocate Ex-CACAS Operations to Hargeisa as its H/Q as the new joint “Somali Civil Aviation Management and Control (J-SCA-MC) Centre”

2.7 Why FGoS always holds back progress of the meetings in Turkey

2.8 ICAO role and current arrangement with FGoS including the purpose of Government Politicians official visits to ICAO HQ Montreal Canada this month (December 2014).

2.9 How to STOP REACTIVE STRATEGY AND BECOME PRO-ACTIVE Partner with always Plan B

2.9.1 Prepare work plan for Ex-CACAS operations preparations to relocate its H/Q to Hargeisa, Somaliland with specific mile stones and the technical plan to be officially signed by the respective minister’s and to be endorsed by the two head of state then it must be submitted to ICAO/TCB so that plans for the relocation will be initiated jointly by the members of the two respective BoD AND TCB officials.

2.9.2 Representatives of the authority as the oversight body of EX-CACAS operations to Hargeisa must prepare a detailed short – medium and long term plans for the relocation and the also prepare a joint project document to guide the day to day operation of the newly established Joint Somali Aviation Management And Control Centre (J-SA & MC).

It is time to implement an alternative strategy that would allow Somaliland to exit current strategy while safeguarding its legitimacy and security interests in the region.

If you are an author, analyst or researcher with experience and time spent working in  Somaliland and wish to add your name/signature to this letter, please email  news@geeskaafrika.com