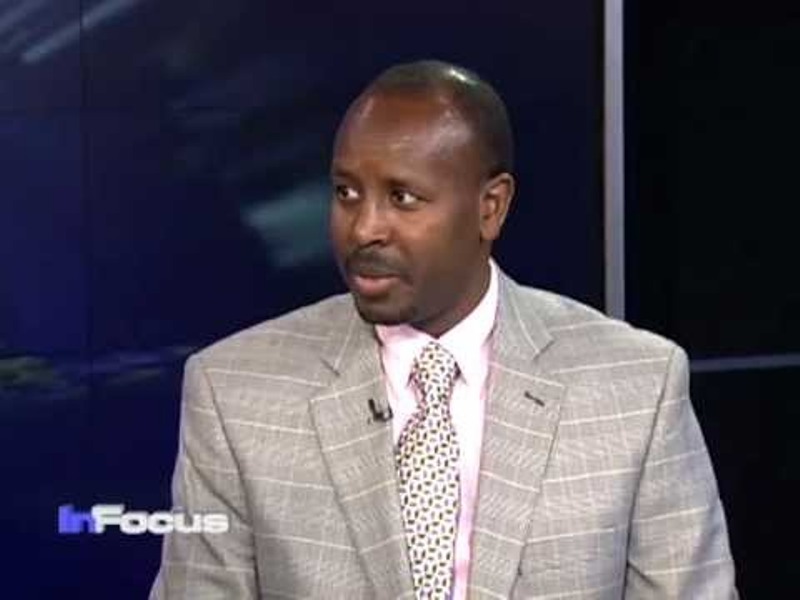 Nathan Hughes, a military analyst for STRATFOR, a Texas-based global intelligence company a regional security partner of Geeska Afrika Online & IGAD2020 Regional security watch said::
“My great worry is not that Shabaab is going to take Somalia. Somalis are pushing back against Shabaab,” Menkhaus said. “My worry is that they’ll try to globalize what they’re doing by attacking neighbors.

“When it’s Somalis against foreigners they (Al-Shabaab) win. Al-Shabaab have every reason to take it across the borders.”

Roland Marchal argues there is a huge security and logistical question mark on which side could come on top at the end of the military game.

“AMISOM is going to take over very significant number of cities, some of them very important for their number of population and strategic location,” he said. “But the point is, the day after, who is going to control? Who is able to secure logistical lines for the military contingent or for the people and administration to move from one city to the other, and this is the weak point.”

By Dan Joseph, Harun Maruf of VOA: Of all the ways the United States is helping Somalia’s fledgling national government, none may be more important than training the country’s first rapid reaction force, known as “Gaashaan,” or “the shield.”
When al-Shabab militants stormed the Somali parliament building on May 24, Gaashaan soldiers were quickly sent from their base at the Mogadishu airport to reinforce African Union troops. According to witnesses, the Gaashaan team fought the gunmen at the main gates and a key staircase, and helped to clear the building room by room.

When the fighting was over, eight attackers and a total of 10 Somali and AU soldiers lay dead, but the country’s legislature remained in government hands.

It was a promising sign that the Somali government, long dependent on the AU mission AMISOM for security, may be developing an armed force capable of fighting Islamist insurgents on its own.

Recently, Somali officials have begun talking about the previously secretive Gaashaan, which they characterize as a U.S.-trained counter-terrorism commando force.

Gaashaan comprises two units adding up to 120 men in total, according to officials very close to the Somali National Intelligence Agency, which commands the force.

The first unit, Alpha group, consists of about 40 men and three officers who were selected from 190 special soldiers within the Somali national army. Somali defense officials tell VOA that this group was flown to the U.S. for training that took place in late 2009 and early 2010.

They were trained and armed with modern military hardware, including guns with night-vision scopes.

“Alpha group has been trained with what I call direct action or counter-insurgency, counter-terror operation, executive-protecting – like VIPs – and in a quick reaction force to any kind of attack that al-Shabab brings to the city of Mogadishu,” explained Derek Gannon, a U.S. anti-terrorism expert who has written about this group.

A second counter-terrorism unit, Bravo group, was trained at Mogadishu’s airport in 2011.

U.S. personnel are now training another commando unit, known as Danab, or “lightning.” The group is based on a U.S. Ranger prototype and is comprised of soldiers selected from security forces in different parts of the country.

The existence of the unit was confirmed last month by U.S. Undersecretary of State Wendy Sherman in a speech at the United States Institute of Peace in Washington. Separately, Defense Department officials have confirmed the presence of U.S. military advisers in Somalia.

The chief of the Somali National Army, General Dahir Aden Elmi, tells VOA that the U.S. will have trained 570 soldiers for the Danab force by the end of this year. The first unit of 150 completed training that began in October 2013, while training the second unit is currently under way, he said.

“They are receiving special training for fighting in the jungle and in the city,” he said. “They can conduct any kind of operations in modern warfare, [including] guerrilla type.”

The future of Somalia’s government may depend in large part on the cohesion and fighting ability of these units. After being pushed out of Mogadishu and most other major Somali cities over the past four years, al-Shabab has regained strength and has attacked parliament and the presidential palace twice apiece this year.

Gaashaan has become a symbol of the security forces’ new capability. After the parliament attack in May, Somali leaders hailed them as heroes. President Hassan Sheikh Mohamud awarded them with medals, which unit members accepted while wearing masks to hide their identities.

Gaashaan, Danab and the Somali army

Decades ago, Somalia had one of the best armies in Africa, largely trained by the Soviet Union. But the army infrastructure and government institutions collapsed in 1991 after warlords overthrew longtime dictator Mohammed Siad Barre.

Today, the U.N.-backed government is trying to rebuild the armed forces in the midst of a fierce war against al-Shabab, which seeks to impose its harsh form of Islamic law on the country.

For the most part, the government still relies on the Ugandan, Burundian, Kenyan and Ethiopian troops in AMISOM to hold the militants at bay. The Somali National Army has about 11,000 personnel overall, most of them trained in neighboring countries, but has had difficulty fighting al-Shabab without AMISOM support.

In a rare example of the army fighting alone, Somali forces on July 19th attacked an al-Shabab base in Tosweyne, an area of southwestern Somalia where villagers had asked for help after the militants imposed taxes on their homes and farms. The attack set off heavy fighting that lasted all day, with soldiers initially unable to seize the base and suffering at least five fatalities.

Finally, Ethiopian troops were deployed from a large AMISOM base in Bardale, 20 kilometers away. The reinforcements tipped the balance, forcing al-Shabab to retreat, but the outcome did little to build confidence in the Somali army.

Derek Gannon says the Gaashaan force could eventually lead to more money and resources for the rest of Somalia’s armed forces.

“I could see the military looking at Gaashaan as a skeleton – not so much a model – but a very loose skeleton of how they can build a national army,” he says. “With the success of Gaashaan, that will bring further money from the U.S., and you will see more military advisers for the army in Somalia, to get them on the scale of large military forces.”

“I think what we are looking at,” he adds, “is the U.S. military specifically getting involved in Somalia because we need to get a footprint, we are trying to prep the battle space, and we are trying to be more overt with our support to the Somali government.”  By Dan Joseph, Harun Maruf of VOA.