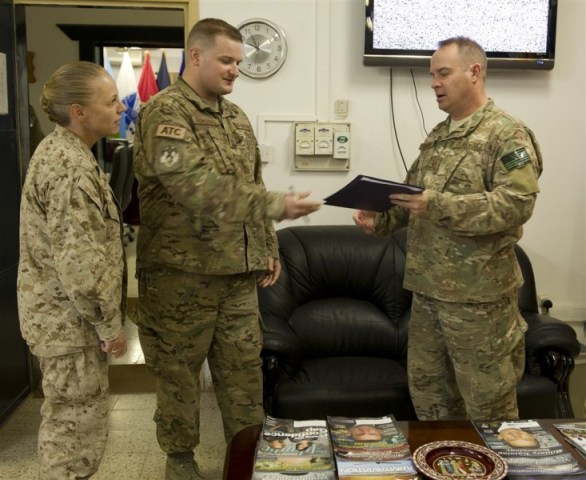 Skinner said the day was light for her, but still fast paced.

Rohlfing said the experience was very informative and he had an insightful day.

“To see just how much the Sgt Maj deals with in a normal day was mind boggling,” he said. “It was non-stop from start to finish.”

The staff sergeant accompanied Skinner to VTCs, briefings, and even general-officer level meetings. He also got a hint of all the people the Sgt Maj interacts with.

Rohlfing wasn’t just along for the ride, he was helping to drive.

“Before he left, he whipped out his notebook and said, ‘Here’s what I learned today,’” Skinner said. “I didn’t expect that. To see how excited he was to learn and spend the day learning more about the overall mission, that made me more excited too.”

And what was Rohlfing’s advice to other junior enlisted service members who are interested in shadowing their senior enlisted leader?