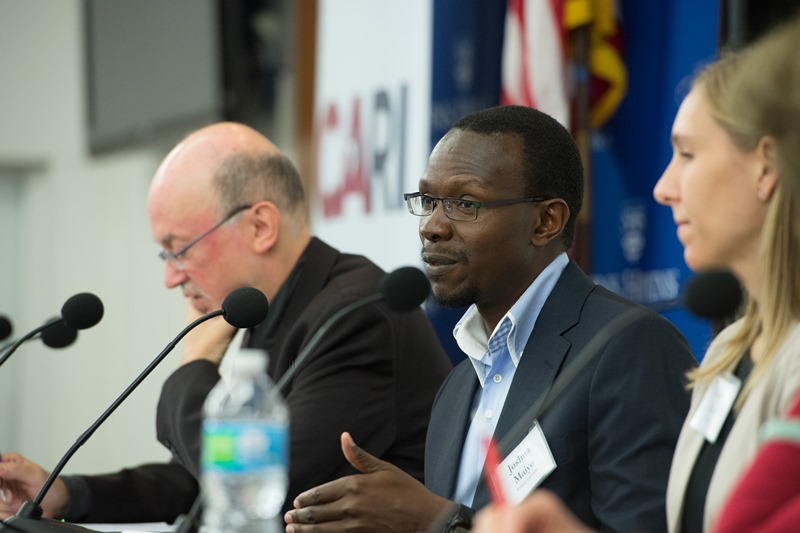 Overall Crime and Safety Situation: U.S. Post Djibouti does not assume responsibility for the professional ability or integrity of the persons or firms appearing in this report. The ACS Unit cannot recommend a particular individual or location and assumes no responsibility for the quality of service provided.

THE U.S. DEPARTMENT OF STATE HAS ASSESSED DJIBOUTI AS BEING A LOW-THREAT LOCATION FOR CRIME DIRECTED AT OR AFFECTING OFFICIAL U.S. GOVERNMENT INTERESTS.

There have been attempted burglaries against expatriate residences in proximity to embassy housing in 2016. Crime levels remained unchanged in 2016 with one reported incident of an attempted break-in to an U.S. Embassy residential compound. Generally, perpetrators lack the sophistication to overcome robust residential security measures (substantial doors, grille work, static guards). Crimes have occurred at residences where windows and doors were not locked.

Other than an isolated assault at a nightclub, no other crimes against U.S. Embassy personnel occurred in 2016.

The large number of illegal immigrants/refugees and unemployed Djiboutians loitering downtown and in other areas frequented by expatriates may allow criminals to roam undetected. People in congested areas (port, market areas, city-center) are considered at greatest risk for street crime.

Criminals have shown a willingness to break into vehicles to gain access to high value items.

Criminal activity may be exacerbated by the abuse of khat, a legal, socially acceptable drug that tends to increase aggressiveness among users during the first 30-40 minutes it is consumed.

Several scams have been reported to the Embassy in recent years:

An unsolved border dispute with Eritrea has led to restrictions on travel to many areas in the north. In many instances, approval from the government is required to travel north of Obock.

Driving conditions are hazardous throughout Djibouti. Road surfaces outside the capital are greatly improved from previous years, but roads are still precarious in many parts of the country. The government, with assistance from the EU, has constructed a paved road linking Tadjoura and Obock, significantly increasing the level of safety and ease of travel on the north coast. The primary truck route from Djibouti to Galafi, the main border crossing into Ethiopia, was also recently paved. This highway has reduced the time to travel between the two cities and has significantly improved driving conditions. However, the improved road resulted in increased speeds and higher likelihood of serious accidents. Roads outside Djibouti city lack proper lighting. Travel is only recommended during daylight hours. Very few areas in the country feature roadside assistance.

Hazards include poorly constructed roads, lack of safety rails, poor vehicle conditions, and wayward pedestrians/animals. Drivers should be aware of unsafe road surfaces, unskilled drivers, and the presence of non-roadworthy vehicles on all roads. Many drivers consume khat, which can lead to erratic, unpredictable, and unsafe driving behavior drivers should be especially alert when driving between 3-5PM. Drivers frequently change lanes into oncoming traffic without looking and expect oncoming vehicles to get out of their way even though they are in violation of standard, worldwide, recognized traffic rules. It is recommended to obey posted speed limits (where present) and drive defensively. Driving at night is not advisable especially as street lighting is limited and frequently non-existent. Pedestrians do not look when crossing the road and frequently walk out into traffic. Animals (goats, camels, stray dogs) often wander into traffic. Nomads in rural areas sometimes place rocks on the roads to stop vehicles and demand water/transportation, providing an opportunity for theft of high-value items from stopped vehicles.

Vehicle collisions remain the RSO’s number one safety concern. Visitors who are involved in traffic accidents should attempt to exchange insurance information with the other party and summon police assistance if possible. It is inadvisable to make restitution at the scene, especially if livestock or pedestrians are involved. Drivers should be wary of crowds gathering at the scene of an accident and should depart immediately if they perceive a threat to their safety. The number of serious vehicle accidents has steadily grown over the past five years, as the number of vehicles, to include truck traffic along the Djibouti-Ethiopia corridor, has increased.

As Djibouti is the primary port for goods entering Ethiopia, there are numerous large trucks transporting goods at all hours. These trucks vary in condition from well-maintained to poorly-maintained and -operated. Truck accidents along the Djibouti-Galafi road are common, and drivers will attempt to pass slow-moving trucks on inclines where there is limited visibility. This greatly increases the likelihood of head on collisions.

Public transportation is unreliable and considerably unsafe due to unsafe driving practices and crimes of opportunity. Hotels and airports shuttle services are a safe alternative.

Caution should be taken in transporting any items in checked bags that resemble weapons (toy guns/knives).

There have been several incidents involving departures from Somalia, and it is not advisable to leave Djibouti on flights that originate in Somalia.

THE U.S. DEPARTMENT OF STATE HAS ASSESSED DJIBOUTI AS BEING A HIGH-THREAT LOCATION FOR TERRORIST ACTIVITY DIRECTED AT OR AFFECTING OFFICIAL U.S. GOVERNMENT INTERESTS.

Djibouti lies at the crossroads between the Middle East and the Horn of Africa and hosts a substantial population of refugees. Djibouti’s proximity to a number of conflict-torn states and the government’s limited capacity to monitor border controls raises concern over illegal immigration and the possibility of cross-border terrorism.

U.S. citizens in Djibouti should evaluate their personal security situation in light of specific threats from terrorism. The U.S. government continues to receive information about potential terrorist threats aimed at Western (including U.S.) and Djiboutian interests. Terrorist acts can include: suicide operations, bombings (to include car bombings), kidnappings, attacks on civil aviation, and attacks on maritime vessels in/near Djiboutian ports. Attacks may target official government facilities, embassies, and military installations, and soft targets (restaurants, clubs, hotels, other commercial entities). While Djiboutian officials continue to pursuit those responsible for previous terrorist attacks, many of those involved remain at large and operate in the region. Travelers should also consult the Worldwide Caution for information and details. The U.S. Embassy advises U.S. citizens to review their personal crisis response plans, remain vigilant, and exercise caution in areas frequented by Westerners. U.S. citizens are also advised to maintain a high level of vigilance at all times and take appropriate steps to enhance their personal security.

THE U.S. DEPARTMENT OF STATE HAS ASSESSED DJIBOUTI AS BEING A MEDIUM-THREAT LOCATION FOR POLITICAL VIOLENCE DIRECTED AT OR AFFECTING OFFICIAL U.S. GOVERNMENT INTERESTS.

Protests and clashes with Djiboutian security have increased in areas outside Djibouti city. Protests are attributed to the presidential elections in April 2016, while others have been due to a presidential security decree (implemented after the Paris 2015 terrorist attacks) prohibiting mass public gatherings.

Large-scale planned demonstrations are rare except during the presidential elections. Both the Djiboutian National Police and the Gendarmerie have effective riot control squads and take proactive steps to stage personnel in areas of potential unrest. Demonstrations have been mostly peaceful; however, participants have blocked the roads with rocks and burning tires and engaged in indiscriminate rock throwing. Visitors are advised to avoid political gatherings and large crowds.

Approximately 60% of Djiboutians are ethnic Somalis. The remainder is of Afar descent with the exception of a small minority of Yemeni origin. Relations between Somali and Afar ethnic groups remain a sensitive issue. Since the May 2001 signing of a final peace accord, many former rebels have been integrated into the National Police and Defense Forces; however, rebel groups remain and have carried out attacks against government entities, mostly in remote locations.

Djibouti is assessed to be in Seismic Zone 4 (Very High).

Although hot conditions prevail year-round, brief periods of moderate to heavy rains can cause severe flooding of roads and homes due to poor infrastructure. Flooding is exacerbated during high tide. In recent years, flooding has led to several fatalities across Djibouti especially when unpredicted rain leads to flash flooding in the city.

Power outages and spikes are common and especially affect the lower income population.

Djibouti is a tolerant Islamic country, but visitors should dress conservatively and observe local customs to the extent possible.

A significant percentage of Djiboutian males are under the influence of khat on a daily basis. Khat is a plant that is typically chewed. The distribution of khat occurs in the afternoon hours, with sales kiosks set up across the capital city. The drug’s effects may escalate what would otherwise be a casual interaction (a bumped elbow) into a confrontation.

In late December 2016, the Djiboutian government intercepted 1,100 pounds of cocaine disguised as flour and sugar worth U.S.$5.6 million from Brazil. This was the biggest drug seizure in the history of Djibouti.

Police response is slow to non-existent.

A significant percentage of Djiboutian males are under the influence of khat on a daily basis, to include security and law enforcement officers.

How to Handle Incidents of Police Detention or Harassment

The emergency response system is below Western standards. Embassy personnel have witnessed that response time for accidents outside the capital city is usually several hours. Ambulances are under-equipped and suffer from lack of maintenance. The training of ambulance staff is poor.

Local medical facilities do not generally offer the standard of care available in more developed countries, although there are a few doctors who cater to the expatriate community.

You may seek medical services through licensed physicians and medical facilities in Djibouti.

The HIV/AIDS prevalence rate is 2.9% nationally but is 17% among female sex workers.

Djibouti has the second highest tuberculosis infection rate in the world, with a high rate of MDR (multi-drug resistance) infection.

The risk of the reintroduction of wild poliovirus is high, as are infections that are generally routinely immunized (measles) due to poor immunization coverage.

The CDC offers additional information on vaccines and health guidance for Djibouti.

There is no OSAC Country Council in Djibouti. Please contact OSAC’s Africa team with any questions.

Embassy Address and Hours of Operation

The Embassy is located in the Haramous neighborhood of Djibouti at Lot 350B.

Americans are welcome to visit the Consular section any time during business hours.

U.S. citizens are encouraged to register on STEP by either appearing in person at the Consular section or registering on-line.