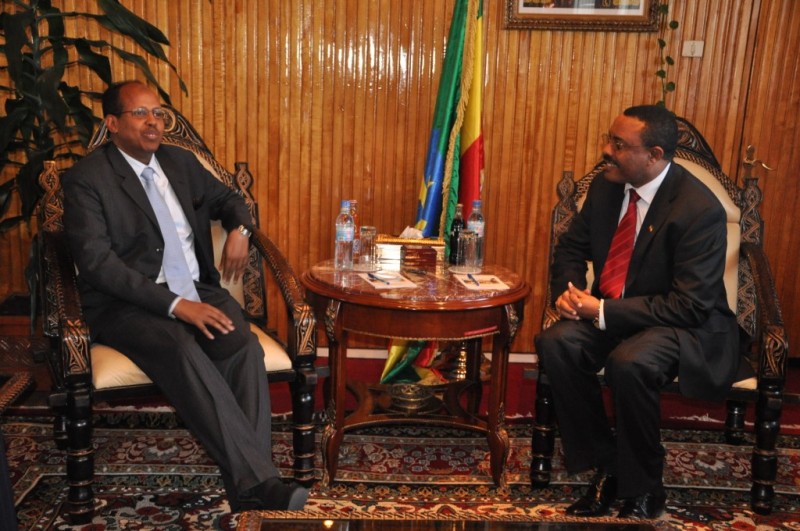 Djibouti (HAN) June 12, 2014 –  With the support of Djibouti and Ethiopia, The African Union Commission has appointed former Djiboutian Prime Minister Dalita Mohamed Dalita as its special envoy to Libya.

“The move reflects the A.U.’s keenness on following up developments in Libya,” Dalita told Anadolu Agency on Thursday.
He said Libya tops the agenda of the pan-African body, “which gives priority to tackling crises in some African countries.”
“The A.U.’s preventive diplomacy helps solve crises before getting escalated,” Dalita said, going on to reiterate the A.U.’s support “for the Libyan people to achieve peace and stability.”
“The A.U. and international partners will work to help the Libyan people,” he said, signaling the organization’s readiness to work with all political actors in Libya.
Dalita is a member of a high-level A.U. panel that is compiling a report on Egypt’s membership in the body, which was suspended last summer following the ouster of elected president Mohamed Morsi by the army.
Fears of a possible Libyan civil war have mounted in recent weeks since renegade general Khalifa Haftar declared war on armed militias – some of which have been absorbed into the regular army – in the eastern city of Benghazi.
Haftar says his campaign, dubbed “Operation Dignity,” is aimed at “purging” Libya of “extremists.” But the government has described the move as an attempted coup against constitutional legitimacy.

In Addis, with the support of Ethiopian Foriegn minister and the head of a high-level African Union panel expects Egypt’s membership in the pan-African body to be reactivated.