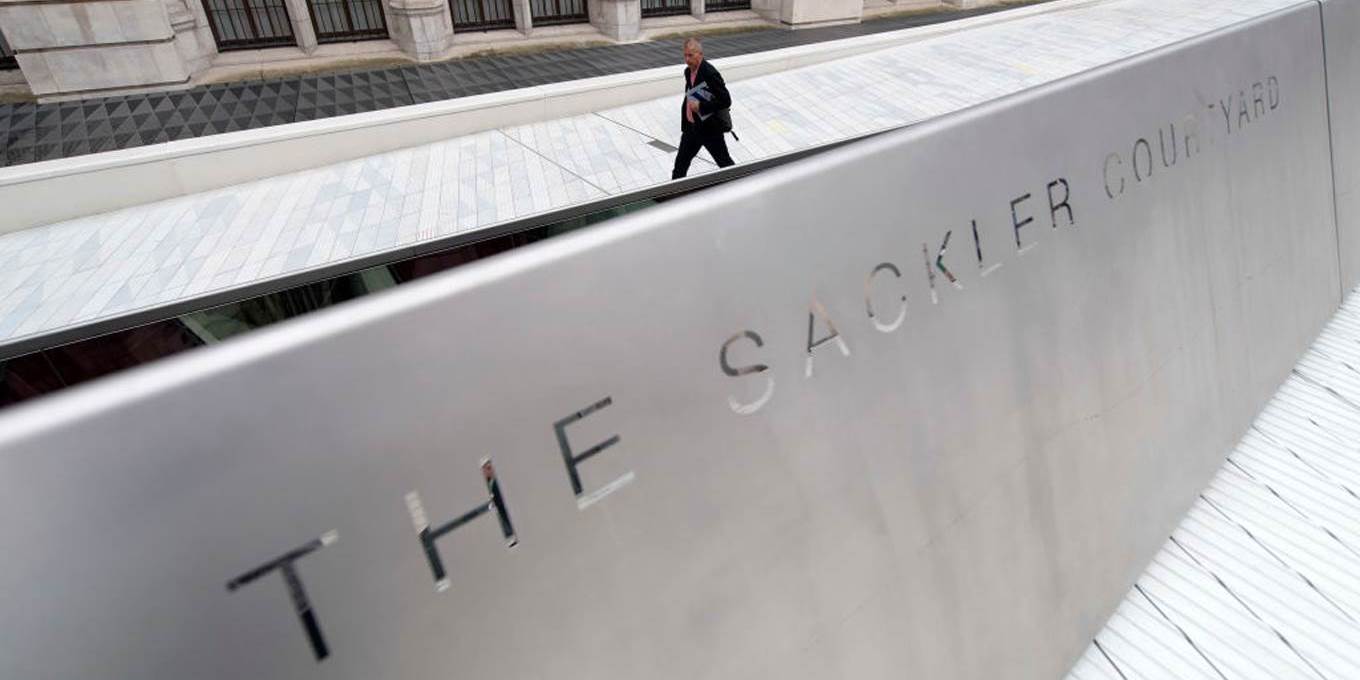 MELBOURNE – In 2017, life expectancy in the United States fell for the third successive year. The decline is occurring because an increase in the death rate for middle-aged whites is offsetting lower mortality for children and the elderly. So, why are more middle-aged American whites dying?

The Princeton economists Anne Case and Angus Deaton have pointed to the opioid epidemic as an important factor. Figures from the US Centers for Disease Control and Prevention show that from 1999 to 2017, almost 218,000 people died from overdoses related to prescription opioids. During that period, the number of such deaths quintupled.

The drug most responsible for this catastrophic abuse of prescription opioids is OxyContin, produced by Purdue Pharma LP, which is reported to have made more than $31 billion from OxyContin sales. The dominance of OxyContin among prescription opioids was not due to any inherent advantages; several carefully controlled trials concluded that it had none. It owed its success, instead, to Purdue’s aggressive marketing, pioneered by Arthur Sackler.

Purdue is a privately held company that has generated enormous wealth for Sackler, his brothers Mortimer and Raymond, and their descendants. Arthur Sackler died in 1987, eight years before OxyContin was released, but he paved the way for OxyContin’s success by directing his sales force to invite doctors to conferences at attractive locations in Florida, Arizona, and California, with all expenses paid. Purdue also offered them paid speaking engagements. Sales representatives received substantial bonuses that varied with the quantities of Purdue’s drugs prescribed by the physicians they visited – particularly good salespeople earned bonuses of more than $200,000.

Purdue’s role in stimulating the opioid epidemic attracted the attention of federal authorities. In 2007, the company and three executives pleaded guilty to charges relating to the misbranding of OxyContin, and agreed to pay $634 million in penalties. Until recently, however, the Sackler family has been able to avoid much of the criticism for their company’s behavior. That changed last month, when the state of Massachusetts filed documents in a lawsuit against the company and 16 executives and members of the family, including Arthur Sackler’s nephew, Richard Sackler. New York City and other local governments have also added individual members of the Sackler family to their lawsuits seeking compensation for damages from Purdue.

The Massachusetts lawsuit alleges that members of the Sackler family continued to push sales of the drug long after they became aware that it was dangerous and addictive. The company’s response was to redirect the blame. In 2001 Richard Sackler, then Purdue’s president, wrote in an email that the company should “hammer on the abusers in every way possible” – a comment that Joanne Peterson, who heads a support network for the families of drug abusers, said shows “blatant disregard for human life.”

The Sacklers have used some of their wealth to support the arts. Their names are on wings, galleries, and other spaces at many eminent museums, including the Metropolitan and Guggenheim museums in New York, the Smithsonian in Washington, DC, the Louvre in Paris, and the Royal Academy of Arts and the Tate in London. There are also Sackler schools, institutes, libraries, or centers at Tufts, Oxford, Cambridge, Columbia, Tel Aviv, and several other universities, and a Sackler lecture at Princeton University, where I teach.

The Sackler family’s fall from grace raises major ethical issues for many respected institutions. Money given decades ago, and used to build new galleries or wings, can hardly be returned. Yet many institutions now refuse to accept money from the tobacco industry, and would not keep the name of a tobacco company, or its major owner, on one of their buildings.

Nan Goldin, a photographer whose works have been displayed at the Metropolitan Museum of Art and at Harvard University’s Sackler Museum, is a recovering opioid addict. She describes the Sackler name on institutions as “damning” and has organized a protest at the Sackler Wing of the Metropolitan. Maureen Kelleher, an artist whose work has been displayed on a website run by the Brooklyn Museum’s Elizabeth A. Sackler Center for Feminist Art, read Patrick Radden Keefe’s account of “The Family that Built an Empire of Pain” in the New Yorker, and asked for her work to be removed from the website. (Elizabeth Sackler is the daughter of Arthur Sackler.)

More than a year ago, the New York Times surveyed 21 cultural organizationsthat received significant sums from foundations overseen by Mortimer and Raymond Sackler, who ran Purdue when it launched OxyContin. None indicated that they would return donations or refuse future donations. But the publicly available evidence of the Sacklers’ promotion of OxyContin is now much more damning than it was a year ago. Does any institution really want to brandish the names of people whose single-minded pursuit of profit has led to so much suffering?

There are grounds for arguing that Arthur Sackler’s name can remain on the wing in the Metropolitan Museum of Art that houses the spectacular Temple of Dendur. His marketing techniques breached ethical constraints on what pharmaceutical companies may do to persuade physicians to prescribe their products, but the real damage was done when these techniques were applied to a highly addictive drug like OxyContin. By that time, Arthur was dead and his heirs had sold out of Purdue. So Elizabeth Sackler, too, is not responsible for what happened afterwards.

Whether a non-profit should accept donations from Sackler family members who did benefit from selling a drug that led to hundreds of thousands of users becoming addicts is a separate question from whether an institution should bear their names. Those members should apologize to the victims, and to the families of those who died, and pledge to use their billions not to promote the arts, but to reduce suffering, if possible on the same scale as the suffering brought about by the accumulation of their wealth. That would require donating to non-profits that are most effectively reducing suffering, anywhere in the world. The recipients would be justified in accepting the Sacklers’ money for that purpose.

Peter Singer is Professor of Bioethics at Princeton University, Laureate Professor in the School of Historical and Philosophical Studies at the University of Melbourne, and founder of the non-profit organization The Life You Can Save. His books include Animal Liberation, Practical Ethics, The Ethics of What We Eat (with Jim Mason), Rethinking Life and Death, The Point of View of the Universe, co-authored with Katarzyna de Lazari-Radek, The Most Good You Can Do, Famine, Affluence, and Morality, One World Now, Ethics in the Real World, and Utilitarianism: A Very Short Introduction, also with Katarzyna de Lazari-Radek. In 2013, he was named the world’s third “most influential contemporary thinker” by the Gottlieb Duttweiler Institute.