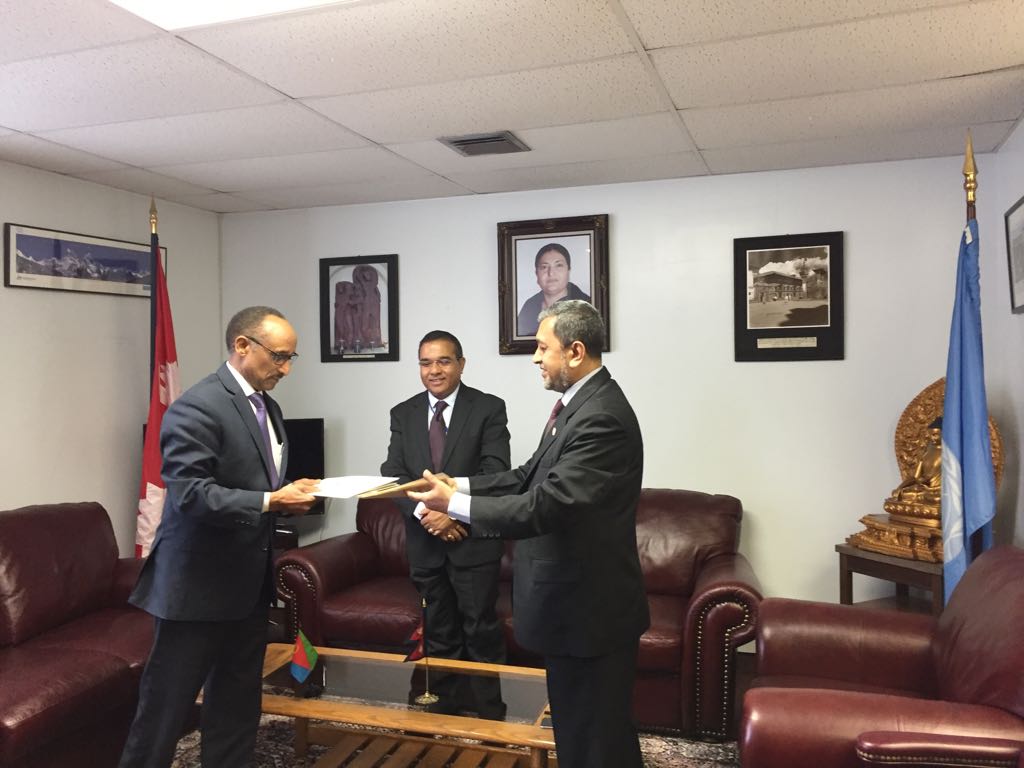 On the occasion, the two Heads of Missions shared their confidence that the diplomatic ties will help bring the two countries and peoples closer on the bilateral front, while continuing to work closely at multilateral forums. They also expressed views on the steps to further deepen and widen the scope of mutual cooperation in the future.

They also jointly informed His Excellency António Guterres, Secretary-General of the United Nations, about the establishment of Nepal-Eritrea diplomatic relations today.

A Country in the Horn of Africa, with its capital at Asmara Eritrea is bordered by Sudan in the west, Ethiopia in the south, and Djibouti in the southeast. The northeastern and eastern parts of Eritrea have an extensive coastline along the Red Sea. Like in Nepal, remittances from abroad are estimated to account nearly 32 percent of gross domestic product. Eritrea has an extensive amount of resources such as copper, gold, granite, marble, and potash, although the majority of people depend on agriculture.  In 2011, Eritrea’s GDP grew by 8.7 percent making it one of the fastest growing economies in the world.

Eritrea became member of the United Nations on 28 May 1993.

Both Nepal and Eritrea are least developed countries and members of the Group of 77 as well as the Non-Aligned Movement.

The number of countries with which Nepal has established diplomatic relations has now reached 152, including all original members of the United Nations.