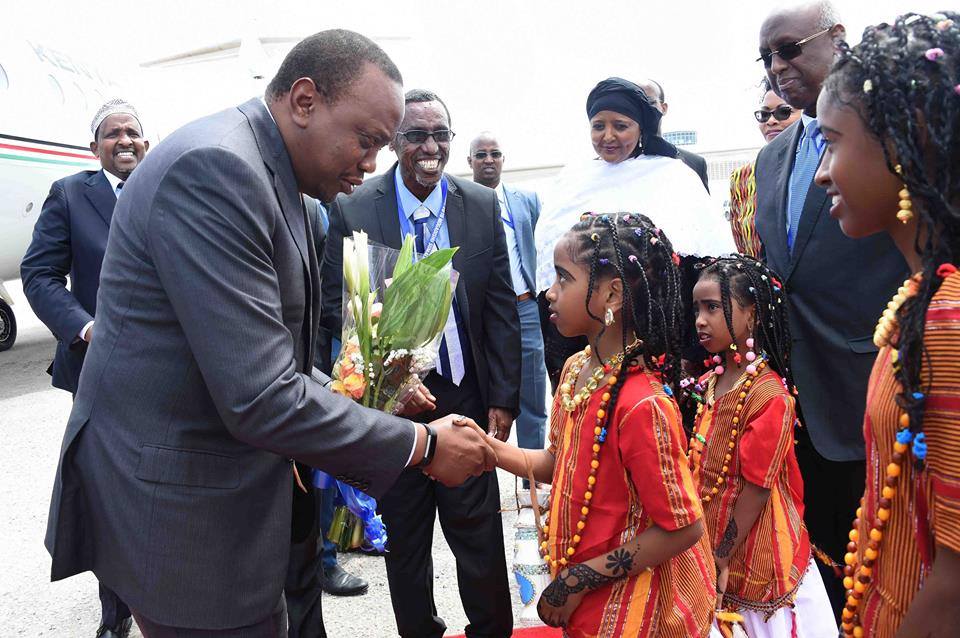 Share on Facebook
Tweet on Twitter
Mogadishu (HAN) September 14.2016. Public Diplomacy & Regional Security News. For regional prosperity, Indeed, today is a truly historic day for Somalia, its resilient people and all our brotherly neighbors and valuable partners in Africa and the Globe for their assistance and trust to the Somali people and their leader, HE. President Hassan Sheikh Mohamud.
During this year many important events was held in Mogadishu such as- UN security council meeting with 15 UNSC permanent members landed Mogadishu International Airport, Global Somali diaspora conference, Federal member states football cup, official visits from UK, UN and any many other international security events which was a sign to the increasing level of peace in Somalia -The new Somalia. Today IGAD presidential summit will be the most influential event of the year in Somalia for the reason of creating a good image for HE hassan Sheikh mahamud’s leadership, Somalia Federal government institutions and the Somali people.
“It symbolises the reconstruction of Somalia and Somalia coming back to the family of nations,” Foreign Minister Abdusalam Omer told Dr. Abdullahi Mohamad, the managing Editor and Publisher, Geeska Afrika Online (1985-2016) as IGAD heads of state flew in. “It signifies that we are defeating international terrorism, mis trust of the region and attracting International investment institutions to Invest again in Somalia.”
“The presence of the IGAD heads of state in Somalia is a clear dividend of returning stability in Somalia, through the hard work and sucrifices provided by AMSISOM soldiers in Somalia,” AMISOM commander Gen. Subagle told Geeska Afrika Online.
Somalia’s President Hassan Sheikh Mohamud hailed the meeting as proof the country is bouncing back from a quarter-century of anarchy.
“This IGAD head states summit is a clear sign, good signal and evidence that the international community and the regional leaders have realized the real progress Somalia is making on the security, the peace building and good governance,” President Hassan said.
The Fedreral Ethiopian Prime Minister Hailemariam Desalegn, who visited the first time in Somalia said the progress is a success and real for regional states and the world.
“We see the progress made by the leaders of FGS and it is a success for all of us in the region and the world in general,” he said. “We must support Somalia in its journey to full stability.”
Djibouti’s President Ismail Omar Guelleh described IGAD summitt in Mogadishu as “technical challenges.”