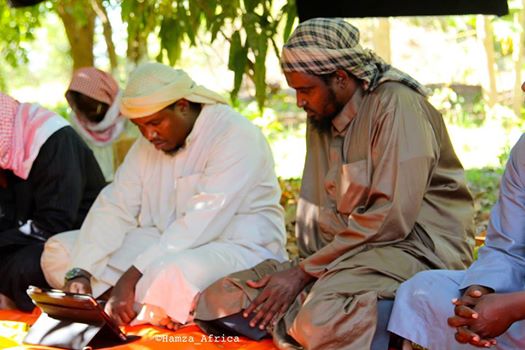 Nairobi,  AMY FORLITI (AP) -Five members of a Somali-American youth group say they are shocked by what they learned during a recent trip to Kenya.

Members of Ka Joog recently spent about a month talking to Somali youth in a refugee camp and other locations in an attempt to counter recruitment for the terrorist group al-Shabab.

Group members say they were astonished by the lack of job opportunities, sports and arts. Many young Somalis have no hope for the future.

Ka Joog is establishing an office in Kenya to bring more opportunities to youth there and counteract radical messages. And the group is sharing what it learned and offering recommendations to officials in Washington on Wednesday.

Sources: Hamza to Somalia and meeting Al-shabaab is not an easy think to do, but Hamza Mohamed Did it.
“In an exclusive interview with Al Jazeera conducted earlier this month, al-Shabab spokesman Sheikh Ali Dheere said the rebel group was not on the back foot despite the recent losses.”