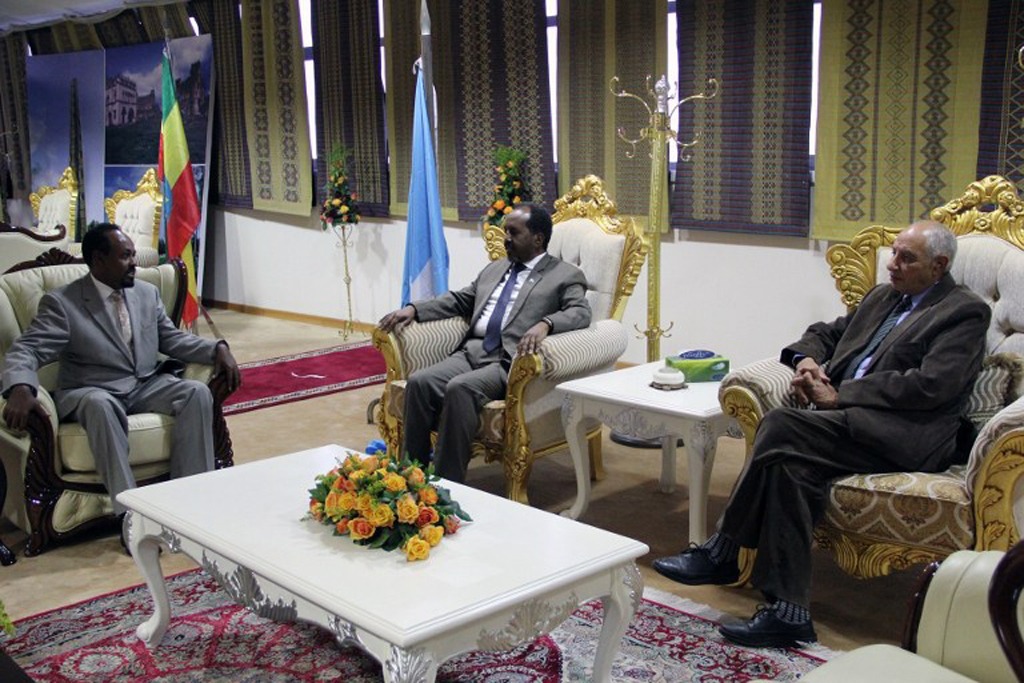 Addis Ababa (HAN) July 13, 2015 – Public Diplomacy and Regional Security Initiative News. UN Secretary-General Ban Ki-moon on Monday called for “flexibility and compromise” at a development financing summit that opened in Ethiopia’s capital and is seen as crucial for efforts to end poverty and tackle climate change.

“I urge world leaders and ministers gathered here this week… to exercise flexibility and compromise. Let’s put aside what divides us and put aside our self-interest in favour of working together for the common well-being of humanity,” Ban told the opening of the summit.

The summit has been presented as crucial for United Nations efforts to end global poverty and manage climate change by 2030.

The objective of the five days of talks, the third summit of its kind after talks in Monterrey in 2002 and Doha in 2008, is ambitious: laying out the ground rules for a fairer world of inclusive, low-carbon growth.

Concretely, that means deciding how to fill a colossal annual investment gap in key sustainable development sectors for developing nations — estimated at up to $2.5 trillion annually according to the UN’s trade and development body UNCTAD.

This in turn will enable the world body to push ahead with its 2015-2030 Sustainable Development Goals, which are due to be formally adopted in New York in October. There are 17 in all, ranging from ending poverty to providing universal access to sustainable energy.

The choice of Ethiopia as summit host highlights the importance of the issue for Africa, a continent which counts 33 out of the world’s 49 least developed countries.

Despite concerns over its record on democracy and human rights, the country — gripped by an appalling famine 30 years ago but now one of the world’s fastest growing economies — is seen as something as a model for development, having brought millions out of poverty and having

But preparatory talks in New York have so far failed to yield an agreement on a common summit outcome, with rich nations — many of which are embroiled in their own financing woes and reluctant to up their aid budgets — pushing for greater private sector involvement and for

“Many donors are questioning who should receive development aid. They tell middle income countries ‘you’re wealthy, you can raise your own money, let’s focus on poor countries’,” explained Gail Hurley, a policy specialist with the United Nations Development Programme.

With much left to resolve during the summit, Oxfam policy advisor Claire Godfrey said success was far from guaranteed.

“What we don’t want to see is platitudes and promises,” she said.

“Any agreement that favours rich governments and commercial interests isn’t worth the paper it is printed on. The talks so far have seen governments ‘sitting on their hands’ and waiting for others to make the first move.”

The summit should nevertheless reaffirm the objective for rich nations to allocate 0.7 percent of their wealth to development aid for the poorest countries, something that has been rarely respected.

One of the main sticking points is the creation of an international tax organisation within the United Nations to fight against tax evasion by multinationals.

Rich countries, however, want decisions about international taxation frameworks to remain in the hands of the OECD and G20, where they control the agenda.

“To take decision-making on taxation away from the OECD is not only a question of principle,” said Lucie Watrinet of CCFD-Terre Solidaire, a French development NGO.

“The measures proposed by the OECD regarding tax evasion hardly ever take into account the concerns of developing countries, and even put them at a disadvantage.” AFP