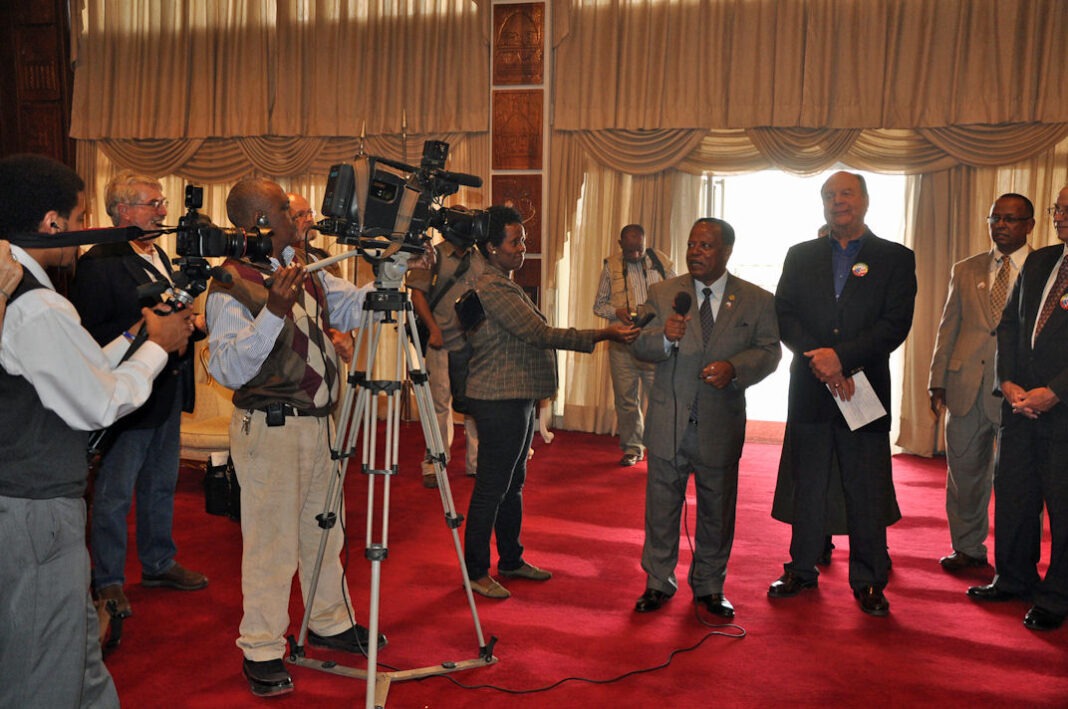 Addis Ababa (HAN) October 16, 2015. Public Diplomacy and Regional Security Initiatives NewsTaye Atskeselassie, director for the America’s Affairs, is to be appointed as one of the three state ministers for Foreign Affairs.

The Director-General of American Affairs.  He formerly served as Ethiopia’s Consul General in Los Angeles.

Prior to joining the Ministry of Foreign Affairs, Amb. Taye served as an expert on international cooperation at the Science and Technology Commission of Ethiopia.  He was also appointed by the Transitional Government of Ethiopia as a member of the Ethiopian Constitutional Drafting Commission in 1993.

Ambassador Taye Atskeselassie of Ethiopia’s Ministry of Foreign Affairs highlights new and existing collaborations between Ethiopia and the U.S. This video is part of the Yale Global Perspectives series. To learn more about Yale and the world, Amb. Taye holds a B.A. in Political Science and International Relations from Addis Abeba University and an M.A. in Strategic Studies and International Relations from the University of Lancaster, England. (AF)

The U.S. and Ethiopia: Collaborating Across Continents