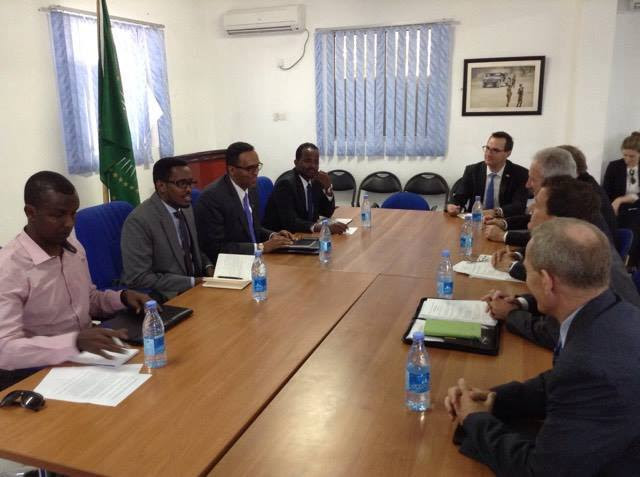 “We are ready in our country achieve sustainable development based on the way to consensus, stability, security and democracy, which is a great opportunity to give young people in order to reduce the perceived view of extremism, I have today, the National Development Plan and boost education and health priority giving special; This is just what we want to work together USAID “.

Mr. Carteh said that the United States is a friend stood in long lines. “The United States is an important friend and they have to stand in the development and the fight against terrorism.” Finally, the Deputy Prime Minister thanked the US public’s continued support to Somalia.