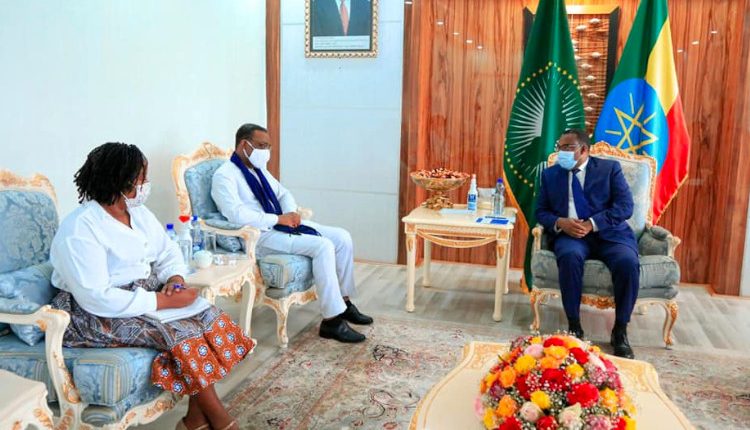 The Deputy Prime Minister appreciated Marcel for the readiness of his office to support Ethiopia’s efforts in strengthening the promotion and protection of human rights in Ethiopia.

He also commended the recent joint agreement of the UN and EHRC to conduct Joint investigations into alleged human rights abuses allegedly committed in the Tigray region.

In this regard, Demeke said the Ethiopian government is committed to bringing perpetrators to justice based on the findings of the joint investigation.

Successful collaboration on the joint investigation between the two institutions would clarify the reality on the ground and stem the unwarranted criticism on the institutional independence of the EHRC, he added.

He finally expressed hope that the EHRC and OHCHR would start their joint investigation soon and that this will contribute to enhancing the capacity of the EHRC.

The discussion between the two sides also covered the Ethiopia-Sudan border dispute and the negotiations over the Grand Ethiopian Renaissance Dam (GERD).

Marcel, on his part, thanked the Deputy Prime Minister for extending support and cooperation to the success of his office in the region.

The Regional Representative also expressed satisfaction with the working relation and collaboration with EHRC, in particular with the joint investigation over the Tigray issue.