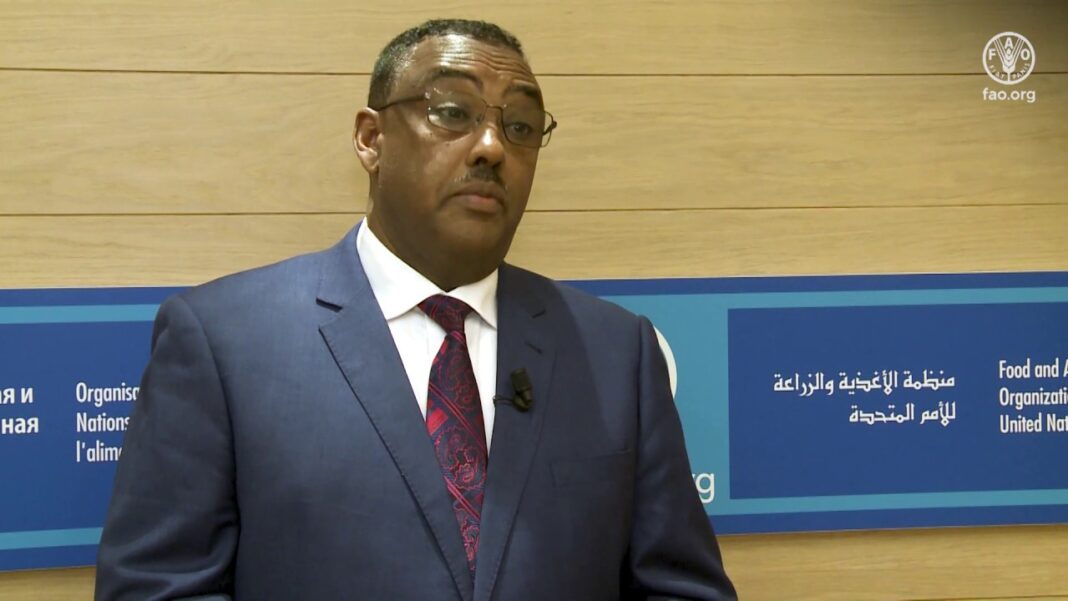 Addis Ababa, October 7, 2020 –Deputy Prime Minister Demeke Mekonenn has called on the community to become part of dessert locust control campaign to reduce the threat posed by the swarms on crop production.

He made the call during a discussion held today with a technical team established under the auspices of the Ministry of Agriculture to prevent desert locust.

Speaking at the discussion, members of the team stated that since locust swarms move rapidly, this makes challenging to halt their spread.

As locust containment efforts require aerial chemical spray, efforts are underway to obtain sprayer aircraft from neighbouring countries to intensify the fight against the swarms.

The Deputy Prime Minister for his part stressed the need to strengthen the on-going battle against locust invasion.

Reiterating government’s commitment to continue on-going campaign to battle the swarms, he called on the community to become part of the fight.