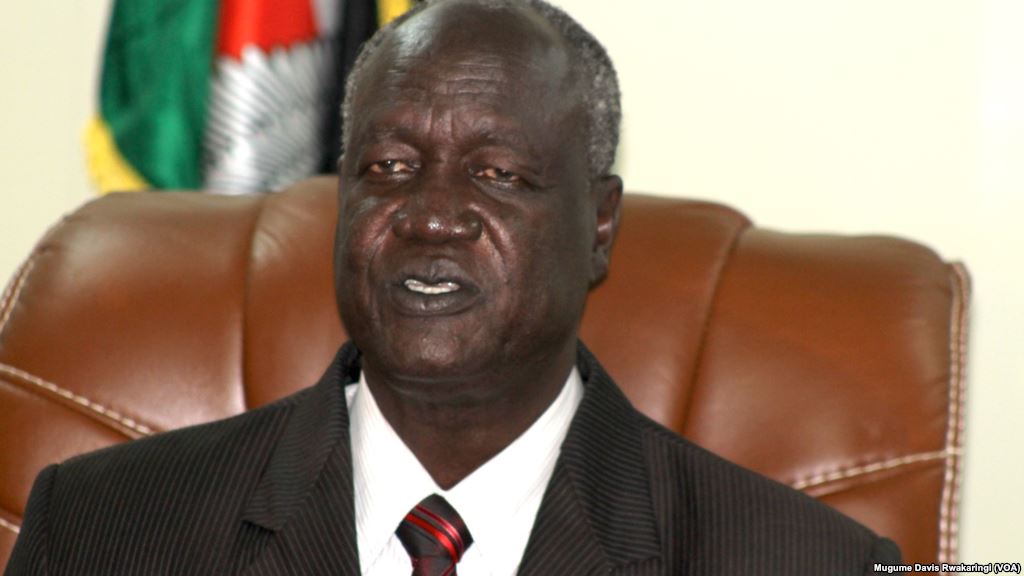 Speaking by phone to Sudan Tribune on Friday morning, Juuk accused the SPLM-IO forces of firing at government soldiers searching vehicles in Gudele, a western suburb of Juba town.

“There was a car moving from the [Juba] town going towards Gudele. There were some soldiers who were patrolling that area – because there has been number of incidents that happened there during the past few weeks,” said Juuk.

He said the soldiers on the approaching car declined to heed orders to be searched and instead fired on government soldiers and police who were searching vehicles near Lou Clinic junction.

“That means the soldiers who were in the car opened fire on both sides of the road, shooting to the left and to the right while the car was moving; resulting to the killing of five SPLA soldiers, three military police and two national security officers,” he added.

“And it proceeded and it reached the headquarters of where the forces of Dr. Riek are, the SPLM IO,” he said.

Earlier, James Dak the spokesperson of SPLM-IO leader said the clashes started when their service vehicle was stopped by SPLA forces near Lou Clinic junction, adding that when the SPLA-IO soldiers asked the SPLA troops deployed on the road to release the vehicle, the SPLA officer in charge instead ordered his troops to arrest all the SPLA-IO soldiers.

“As the SPLA (IO) soldiers tried to withdraw to their vehicle in resisting the arrest, then the SPLA forces fired on them. This is how the clashes started,” Dak further said.

Juuk said the SPLA commanding officer contacted their counterparts in the IO who confirmed arrival of a car carrying wounded soldier.

“This is of course when the SPLA officer contacted the forces of Riek Machar. Senior [SPLM IO] intelligence officer reported that the car has arrived to their base with one soldier wounded,” he said.

He said an investigation is underway to establish the motive of the shooting and urged the public to remain calm.

“I am asking the population to be calmed; they can just go to their duties. The forces that are there is to control the situation,” he said.

On Thursday night, South Sudanese President, Salva Kiir, and First Vice President, Riek Machar, have called on their military commanders in the national capital, Juba, to desist from escalating fighting in the capital. (ST)