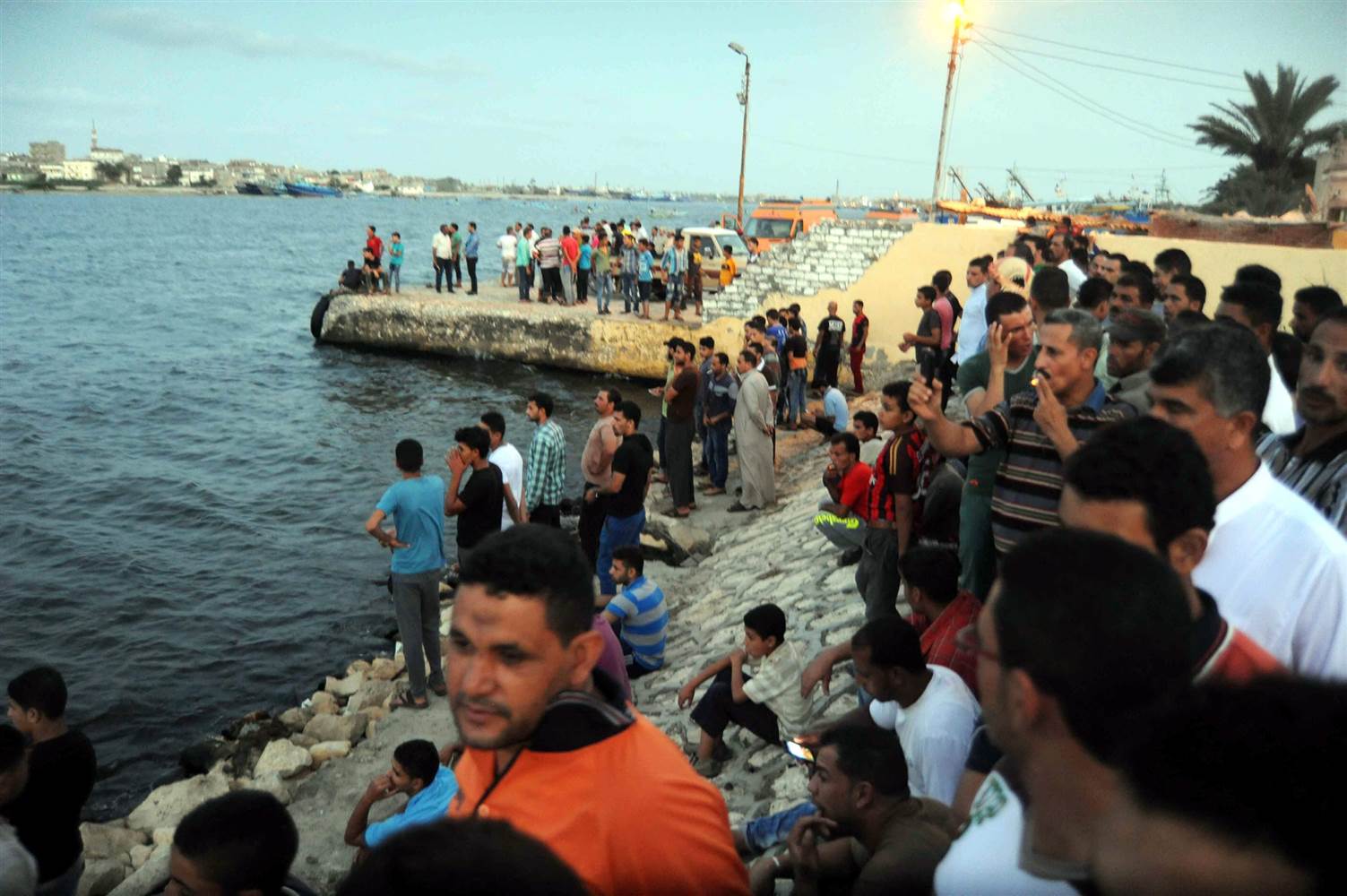 CAIRO (HAN) September 23.2016. Public Diplomacy & Regional Security News. Nine more bodies have been recovered from the Mediterranean a day after a boat carrying hundreds of migrants capsized off the coast of Egypt, officials said on Thursday, bringing the death toll to 52.

Police arrested four members of the boat’s crew. Security sources said it had been loaded with almost 600 migrants.

The boat sank early on Wednesday off Burg Rashed, a village in Egypt’s northern Beheira province where the Nile meets the Mediterranean. Rescue workers and fishermen have rescued 169 people, suggesting hundreds might have perished at sea.

A survivor whose comments appeared in a video posted online said the migrants had been told that about 200 people would be on board but the smugglers had added another 50, causing the boat to founder. It was not immediately possible to verify the differing accounts, but the survivor’s comments suggest fewer people might be missing than initially thought.

Prosecutors ordered that the four crew who were rescued from the shipwreck be detained for four days pending an investigation. Rescued migrants have been questioned and freed.

Egyptian Prime Minister Sherif Ismail pledged the government’s full support for the rescue mission and said those responsible for the incident must be brought to justice.

The boat was carrying Egyptian, Sudanese, Eritrean and Somali migrants, officials said. It was not immediately clear where the vessel was heading, though officials said they believed it was going to Italy.

More and more people have been trying to cross to Italy from the African coast over the summer months, particularly from Libya, where people-traffickers operate with relative impunity,

But Egypt has come under closer scrutiny this year because a growing number of migrants from sub-Saharan Africa are using it as an alternative route.

The International Organization for Migration urged Egypt to impose tougher penalties on human traffickers and address the concerns driving people to undertake the perilous journey.

“Entire families, children and young people entrusted their lives to human smugglers, and risked everything aboard an unseaworthy boat that capsized and sank in the middle of the sea,” Amr Taha, head of IOM’s Egypt office, said in a statement.

“We urge the parliament to pass (a) new anti-human smuggling law that should be a strong deterrent for smugglers.”

The IOM said that 3,213 migrants had died while attempting to cross the Mediterranean to date this year, while an estimated 298,474 migrants had reached European shores.

If they survive the journey, migrants this year face much tougher European Union border controls.

Many of those interviewed in the aftermath of the shipwreck off Egypt spoke of their desire to flee in search of a brighter future. Most cite a lack of jobs, low incomes, poor prospects and growing political repression in Egypt since general and now President Abdel Fattah al-Sisi seized power in mid-2013.

Five years after the 2011 revolt brought expectations of more freedom and social justice, some Egyptians have lost hope.

“I want to flee. If I could, I would; I can’t get married… or live (here). Everything is destroyed in Egypt. We are no longer Egyptian,” said Gamal Abdel Dayem, a neighbour and relative of one of the drowned migrants. (Additional reporting by Amina Ismail writing by Ahmed Aboulenein and Lin Noueihed; editing by Mark Heinrich)