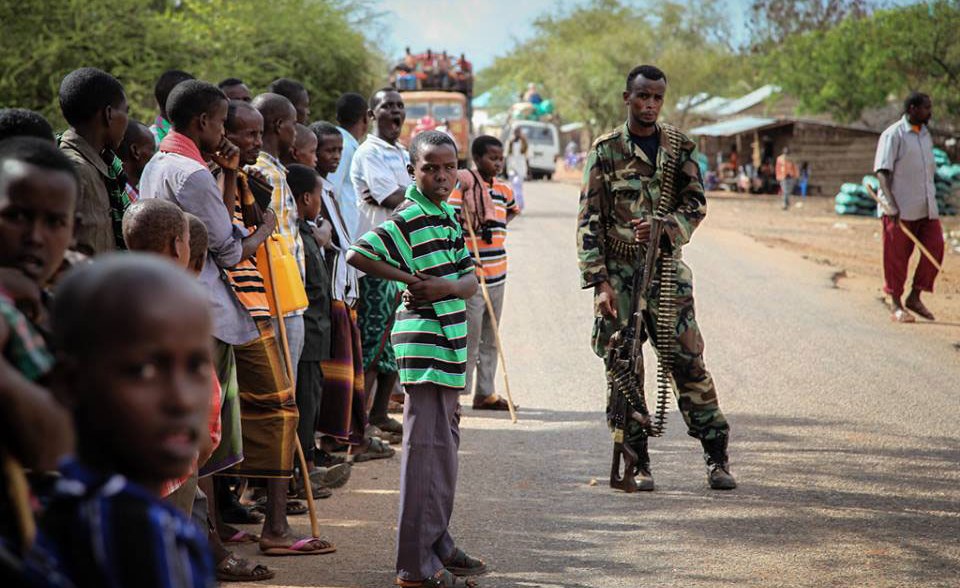 GAMBELA (HAN) April 19. 2016. Public Diplomacy & Regional Security News. By JACEY FORTIN .In a bright green hospital room buzzing with flies, an older man’s eyes glazed over with pain. His hand was pressed to his collarbone, where blood seeped through a white bandage.

“He needs treatment now,” pleaded a young man at his bedside. “The bullet is still inside.”

After cattle raiders from South Sudan unleashed a spate of grisly attacks on Friday in western Gambela, a region in western Ethiopia, the main hospital is filled beyond capacity. Othow Okoth, a security affairs officer with the regional government, estimates that 182 Ethiopians were killed in the attacks, and that 104 children were kidnapped.

In this part of Africa, hundreds of people have been killed in large-scale ethnic and tribal fighting in recent years.

Dr. Changkuoth Thuok, Gambela Hospital’s medical director, worries that there is not enough time in the day for him and his staff to tend to all of the wounded.

“On Friday and Saturday we received 80 people, and nearly all of them had bullet wounds,” Dr. Thuok said. “The hospital was overrun with patients, which is why you see some of them lying in the corridors.”

The attacks began just before dawn. About 15 victims from different villages in the Gambela districts of Jikaw and Lare described strikingly similar scenes: There were enough attackers to surround each village, and most of the men wore green uniforms with no insignia. The attackers carried Kalashnikov rifles of good quality, which they fired indiscriminately on men and women, and they kidnapped both livestock and children, the victims said.

Dinka is also the ethnicity of the South Sudanese president, Salva Kiir, whose troops have been at war with opposition forces led by former Vice President Riek Machar since December 2013. The victims of Friday’s attacks were mostly of Mr. Machar’s Nuer ethnic group, and some of them wondered whether South Sudan’s government had sanctioned the killings.

“If they had come just to take our livestock, why all the killing?” asked Bol Chuol, 26, who added that the attackers had kidnapped his child. “They kept following people and killing them even after they had all the cattle.”

Some victims estimated several dozen deaths in their own villages, adding that as many as 20 villages had been targeted. No one suggested retaliation against the Murle, instead pinning their hopes on the idea of moving somewhere safer.

“These kinds of raids have happened before, but never in so many villages like this,” said Gatbel Guek, 26, who suffered a fracture when a bullet hit his left arm. “This was a very deadly attack.”

On Monday, Mr. Machar is scheduled to travel back to South Sudan’s capital, Juba, for the first time since 2013. As part of a fragile peace plan agreed to last year, which has not put an end to violent clashes, he is expected to be sworn in again as vice president. Mr. Okoth said there was no evidence the attacks had anything to do with the Juba visit.

A version of this article appears in print on April 18, 2016, on page A4 of the New York edition with the headline: Attacks Leave Hospital Filled and Questions in Ethiopia.