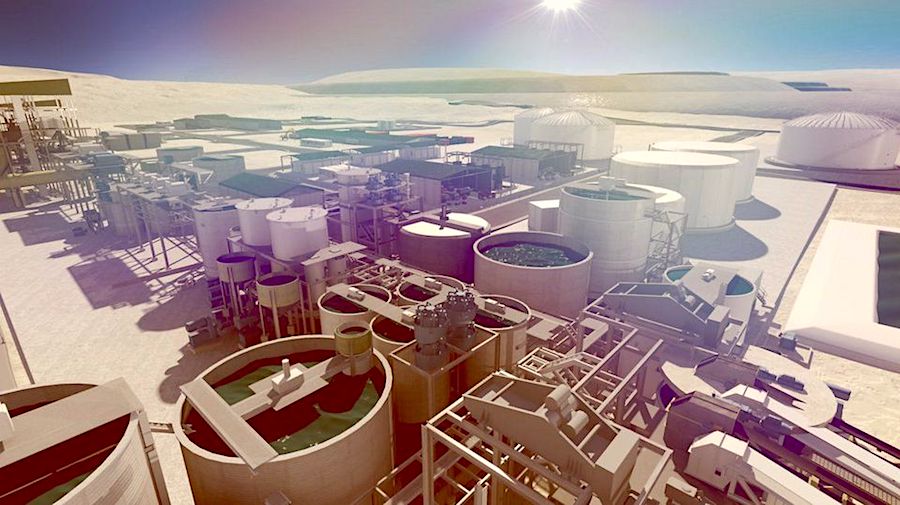 A United Nations report published Wednesday says Danakali’s (ASX, LON:DNK) Colluli potash project has the potential to boost the economy of Eritrea, a country that until two months ago was on the UN’s sanctions list.

The independent study, commissioned and funded by the UN Development Program (UNDP), assesses a wide range of econometric data and includes findings from talks with Eritrean government officials, relevant public institutions, and other Colluli stakeholders.

It also suggests that Colluli, which sits close to the Red Sea by Eritrea’s eastern border, could “meaningfully” advance the north African nation’s sustainable development agenda.

“Colluli is much more than a great mining asset. Not only does it have outstanding grade, size, location and simplicity; Colluli’s products will also help farmers and support food security in Eritrea, across Africa and beyond,” executive chairman, Seamus Cornelius, said in a statement. “We appreciate the magnitude of the opportunity and the responsibility that comes with developing an asset of this significance.”UNDP says the Colluli potash project has the potential to significantly boost Eritrea’s economy and advance the country’s sustainable development agenda.

In the initial phase of operation, Colluli would produce more than 425,000 tonnes a year of sulphate of potash (SOP), a premium grade of fertilizer. Annual output could rise to almost 850,000 tonnes if Danakali decides to go ahead with a second phase of development.

Colluli is being developed as a joint venture with the Eritrea’s state mining company, and the Australian miner has already struck an offtake agreement with EuroChem, one of the world’s top fertilizer companies. Under the 10-year deal, EuroChem has agreed to buy at least 87% of Colluli’s output from the first phase of development.

The project location has its pros and cons. On one hand, being so close to the Red Sea coast, makes it one of the world’s most accessible potash deposits, with mineralization beginning at 16 metres, which also makes it the world’s shallowest. Additionally, it proximity to ports will provide easy access to Asian markets.

Colluli is also by the border with Ethiopia, with which Eritrea held one of Africa’s deadliest border wars. In June 2018, the ruling coalition of Ethiopia (Ethiopian People’s Revolutionary Democratic Front), headed by Prime Minister Abiy Ahmed, agreed to fully implement the peace treaty signed with Eritrea in 2000, with peace declared by both parties in July 2018.

Colluli contains at least 1.1 billion tonnes of potash, enough for at least 200 years of production, though its mine life has been estimated so far at only 30 years.

When Canada’s Lundin Mining bid for fellow miner Nevsun Resources in May last year, its initial offer was structured to avoid taking Nevsun’s Eritrean mine at Bisha because of rights concerns. It changed tack in July, as Ethiopia and Eritrea’s rapprochement gained pace, offering to buy Bisha too.

But Nevsun rejected the bids, agreeing in September to a buyout by China’s Zijin Mining.

Mining industry experts said the success of Bisha, which has produced gold, silver, copper and zinc since construction was completed in 2010, showed ventures in Eritrea can succeed.