Home Daily Security Briefing Could Africa be the next ISIS frontier? 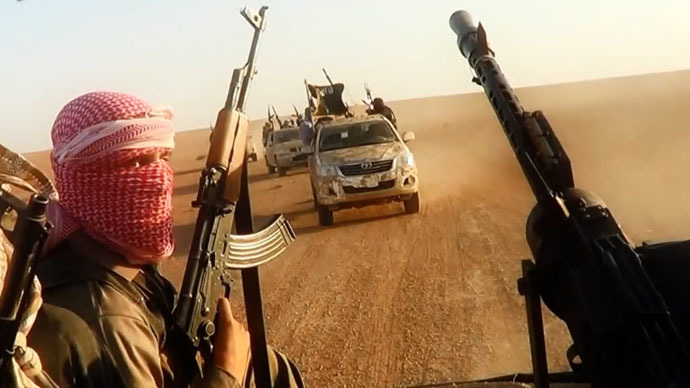 Could Africa be the next safe haven for the Islamic State in Syria (ISIS) terrorists fleeing from the Middle East?

The concern emerged at the 10th session of the focal points of African Centre for Research and Study on Terrorism held on December 14 in Algeria.

Most of African Union (AU) members were represented at the Algiers conference.

The Algerian AU Peace and Security commissioner, Mr Smail Chergui, warned that ‘‘2,000 to 2,500 ISIS terrorists were regrouping with a view to relocating to the troubled regions in the Sahel, the Horn of Africa and Great Lakes”.

“‘Tunisian borders were also a source of worry following the ISIS terrorists’ defeat in the Libyan city of Sirte,” he pointed out.

Mr Chergui underlined that some ISIS elements were of African origin, hence the vulnerability of the continent to their operations.

“They were already present in Yemen and Somalia,” he said.

Consequently the AU commissioner advised; “our priority is to be able to gather information and intelligence about them, share with our partners, then develop a concrete regional and international cooperation to curb the imminent terrorism danger”.

Mr Chergui revealed that during his recent visit to Russia and Iran, both countries expressed their support for the counter-terrorism cooperation with AU.

The new Ghanaian director of the Algiers-based terrorism research centre, Mr Larry Gbavlo Lartey, explained that ‘‘the dangerous impact of terrorism and its trans-national character compelled us to strengthen our cooperation by taking practical actions to curb sources of violence and extremism”.

“It is important that we should set up our political architecture to fight terrorism in an efficient and effective manner with the involvement of all members of the society,” he said.

Mr Chergui further explained that an AU force was on the ground in Somalia and another one would be deployed in collaboration with United Nations in north Mali, to secure the agreement signed between the different Malian factions but very often subject to violations.

However, he expressed fears that with the presence of terrorists in the impoverished parts of the continent, it remained easier for them to radicalise, especially the younger people and then convince them to join the terror groups.

The use of technology to spread terror was also discussed at the Algiers meeting.

He indicated that the Internet and social media were the main instruments for spreading the ISIS propaganda.

The minister disclosed that so far, only a handful of young Algerians had joined ISIS compared to neighbouring countries whose combined numbers represented over 20 per cent ISIS troops.

The African Centre for Research and Study on Terrorism was established in 2004 in Algiers.

It is an AU institution that aims principally to offer assistance to the member states in developing strategies for the prevention and combating terrorism.