Home frontpage Corruption across East Africa is getting worse, not better 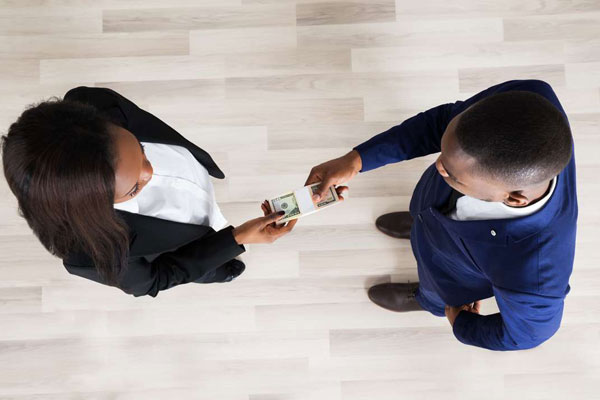 Corruption remains a major problem worldwide despite actions taken to curtail it. Studies on corruption show that it comes with political, social, economic and environmental costs to societies.

Many countries in the world have come up with different measures to deal with graft. While some have managed to move a step further, the majority are struggling. The East African region is no different.

According to the East Africa Bribery Index 2017 published by Transparency International Chapters in East Africa, bribery is still rampant despite efforts to reform public institutions and educate citizens on the consequences of corruption.

The East African Bribery Index (EABI) is an annual survey that seeks to record bribery experiences of citizens while seeking public services. Since 2010, the survey has been carried out in Kenya, Uganda, Tanzania, Rwanda and Burundi.

In the region, the police in Tanzania, Kenya and Uganda, the judiciary in Uganda, and the police in Rwanda took the top five positions as the most bribery-prone institutions.

The highest likelihood of encountering bribery was recorded in the police services across the region; 71 per cent of respondents in Tanzania, 69 per cent in Kenya, 67 per cent in Uganda and 29 per cent in Rwanda interacting with the police were asked (implicitly or explicitly) or offered to pay a bribe to obtain the services they were seeking.

The study showed an increase in the size of bribe, with the largest rise in Kenya (189 per cent) recorded in medical and health services, rising from Ksh881 in 2014 to Ksh2,542 in 2017. The largest bribe in Kenya was recorded at the judiciary at Ksh14,083 followed by Ksh12,360 paid for tax services and Ksh8,956 paid for land services.

Lack of punishment of persons involved in corruption and the sense that corruption is the norm are among the reasons attributed to the high perception level of corruption in Kenya.

The majority of respondents in Kenya (62 per cent), felt that the government was not doing enough to fight corruption, noting that cases were still rampant and that no action was being taken against the corrupt.

This calls for collective responsibility and civic-led action towards curbing the phenomenon.

Bribery is still a key concern in the region. More needs to be done to fight it. The report recommends, among other measures, the need to strengthen the capacity of various institutions of governance to deal with the pervasive problem of corruption.

It is imperative that they have a clean bill of health to enhance public confidence. There is also the urgent need to prosecute those involved in corrupt practices both for deterrence as well as punishment value.

Additionally, institutions should be encouraged and supported to set up internal integrity management initiatives. This could include setting up complaint resolution mechanisms for citizens to report any bribery incidents they encounter or service delivery charters outlining the services offered, the amount of time taken and fees charged to access the services.

There exist a good number of social accountability tools and approaches that have proven to be useful in addressing bribery, especially in service delivery.

Technology is an enabler of accountability. Institutions should consider digitisation of various services to reduce service transaction time and minimise the human interface that facilitates bribery.

According to the East African Bribery Index 2017, Huduma Centres, which have deployed technology to manage customer and service processes, recorded the least bribery incidents among the institutions listed. This would go a long way in helping institutions to fight corruption and improve service delivery.