Home frontpage Correspondent banking is on the decline; for Africa, the impact is huge 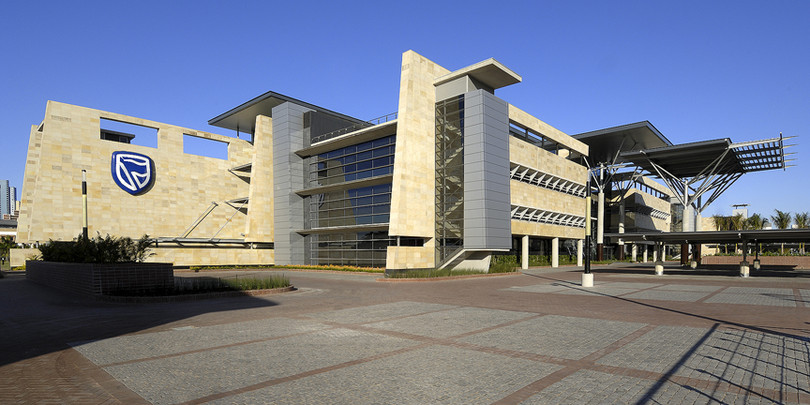 But, increasingly, banks around the world are reviewing their correspondent banking relationships. This trend, known as de-risking, is being driven by concerns about money laundering, terrorism financing and the associated regulatory pressures. Another contributing factor to this dynamic is the cost associated with maintaining multiple relationships.

The impact of this trend is being felt even in Africa. A report published by the World Bank in November last year found that more than half of the banks surveyed reported a moderate or significant decline in their correspondent banking relationships in Africa.

Meanwhile, Swift data shows that many countries in Africa have seen a reduction in their foreign counterparties (the foreign banks with which African banks transact overseas).

Interestingly, while Nigeria’s international banking network has seen limited de-risking, its local banks have been cutting their own relationships with other African banks and financial services providers or counterparties perceived to be risky.

De-risking can have significant consequences for the affected countries: Cross-border trade may be significantly impeded if countries are cut off from the global financial system. Products and services such as international wire transfers, cash management services and trade finance may become difficult to access.

For individual banks, the prospect of being de-risked presents a number of challenges. While some banks may be able to find alternative banking partners, others may find themselves cut off entirely. Moreover, securing new relationships takes time and money — and banks may find that any new arrangements are based on less favourable terms and conditions.

Banking customers may also be adversely affected. Without access to correspondent banking services, businesses and individuals may be unable to import goods from overseas; in turn, problems with the supply chain could push some businesses into distress and lead to greater levels of unemployment. In some cases, consumers may be unable to send remittances to family members overseas.

Reduced access to traditional banking channels may force people to find other ways of making and receiving payments, such as using informal money services or, indeed, physically transporting cash across borders. However, these unregulated channels may bring additional risks and leave people more vulnerable to criminal activity.

A shift away from traditional channels could even create additional opportunities for money laundering and terrorist financing activities to thrive.

De-risking could also have a negative impact on financial inclusion rates. Typically, it is the smaller, local banks that are de-risked. Therefore de-risking could adversely impact the services available to the poorest in society. On a continent where huge proportions of the population are unbanked, and authorities are doing all they can to increase access to formal financial services, it could be that the poorest members of society are those who will suffer most.

There could be further unintended consequences. A recent paper from the Committee on Payments & Market Infrastructures demonstrates that while the number of active correspondents is shrinking, the volume of transactions is still rising, meaning that as one part of the banking network becomes unavailable, payments find another route.

Taken together, the decrease in the number of active correspondents and the increase in volumes suggest heightened concentration of banking relationships, a trend that may have implications for the financial industry’s systemic health.

At the industry level, different approaches are being explored to overcome these issues. Greater levels of collaboration and information sharing between banks, regulators and law enforcement may help, with bodies such as the Committee of Chief Compliance Officers of Banks in Nigeria helping to foster co-operation.

For individual banks, there are a number of steps that can be taken to reduce the likelihood of being de-risked, or to mitigate its impact.

First, banks should understand why they may be de-risked. Factors such as the political and economic landscape in specific countries will certainly be part of this equation.

However, it is also becoming clear that banks are more likely to be affected if they are not sufficiently transparent about their activities, business lines and behaviour The more difficult it is for correspondents to access KYC (Know Your Customer) or AML (anti-money laundering) information, the greater the cost of doing business with a specific bank becomes.

In order to address this issue, banks can put measures in place to improve both their transparency and the consistency of their information. For example, a specific individual or department can be tasked with creating a standard data set, the so-called golden copy. This data set can then be sliced and diced before being shared with the market in different ways.

Compliance controls such as transaction screening can be used effectively, while steps can be taken to reduce the due diligence costs incurred by correspondents. Any strategies adopted should also be communicated effectively to correspondent banks.

Industry utilities such as Swift’s KYC Registry can help by acting as a repository of up-to-date information. With more than 2,500 financial institutions already signed up, the registry enables banks to provide validated information on a one-time basis, making it cheaper and easier for their correspondents to access the information they need.

Such strategies are not guaranteed to succeed. In some cases, a bank will not be able to avoid being de-risked, regardless of which processes and strategies are put in place. However, by becoming more transparent about their activities and compliance measures, banks may be able to reduce the likelihood of such an outcome — or, increase their chances of securing alternative arrangements if they are de-risked.