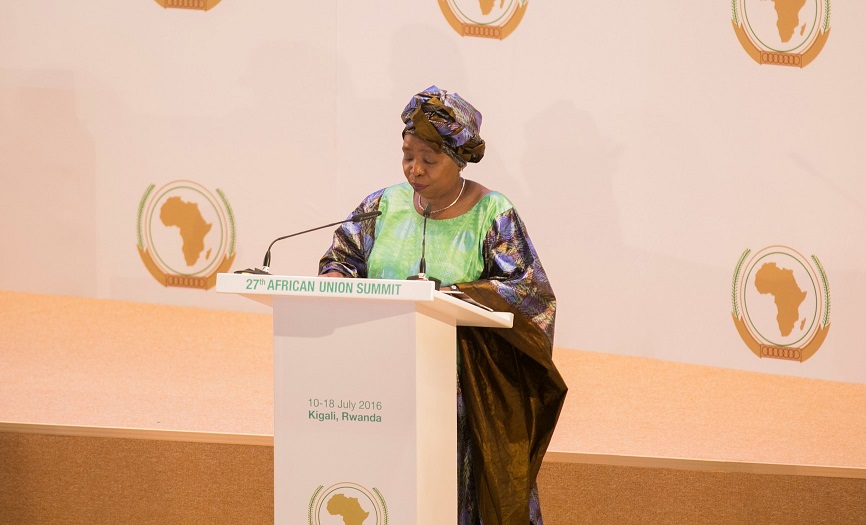 Idriss Deby, who is also Chad’s president, observed on Sunday that security is a fundamental factor that requires special attention to enable the continent achieve its development agenda.

“The problems we face can no longer be solved with the old methods. We need to confront them with new approaches,” Deby said during the opening of the 27th Ordinary Session of the Assembly of the African Union Kigali, Rwanda.

Deby observed that the rate of emergencies in the continent calls for a fully equipped organ within the union to adapt with the trend, adding that the latest violence in South Sudan, during which more than 300 people were killed and thousands displaced, reminded the continent of the need for constant adaptation to the AU.

“The African Heads of States are concerned about the ongoing conflicts in South Sudan and other countries including Somalia, Burundi and the Lake Chad Basin,” he stressed.

He called on South Sudan President Salva Kiir and Vice President Riek Machar to obey the Addis Ababa, Ethiopian peace accord that they signed last year.

Deby said that cases of internal conflicts and the international terrorism now calls for an African standby force for rapid deployment.

Deby proposed the formation of a special fund to help deal with the upsurge of terrorism in the continent.

“It has come to a time that we must mobilize our own resources in order to deal with cases of terrorism, extremism and violence in the continent,” he added.

He however said that the historical approval of a local funding mechanism by the members is expected to contribute immensely in restoring peace and security in the continent.

Deby noted that the union’s ambitious programs are unlikely to succeed if there is lack of peace and security.

“Let all the member states pay up their due contributions to help us reduce dependency on foreign funding,” he added.

The Chairperson of the AU Commission, the secretariat of the AU, Dr. Nkosazana Ndlamini-Zuma told the meeting that populations in Africa are busy working hard and looking forward for sustained peace in nation building.

She called on heads of state to ensure that freedom of the press and speech is maintained in the continent to help foster development.