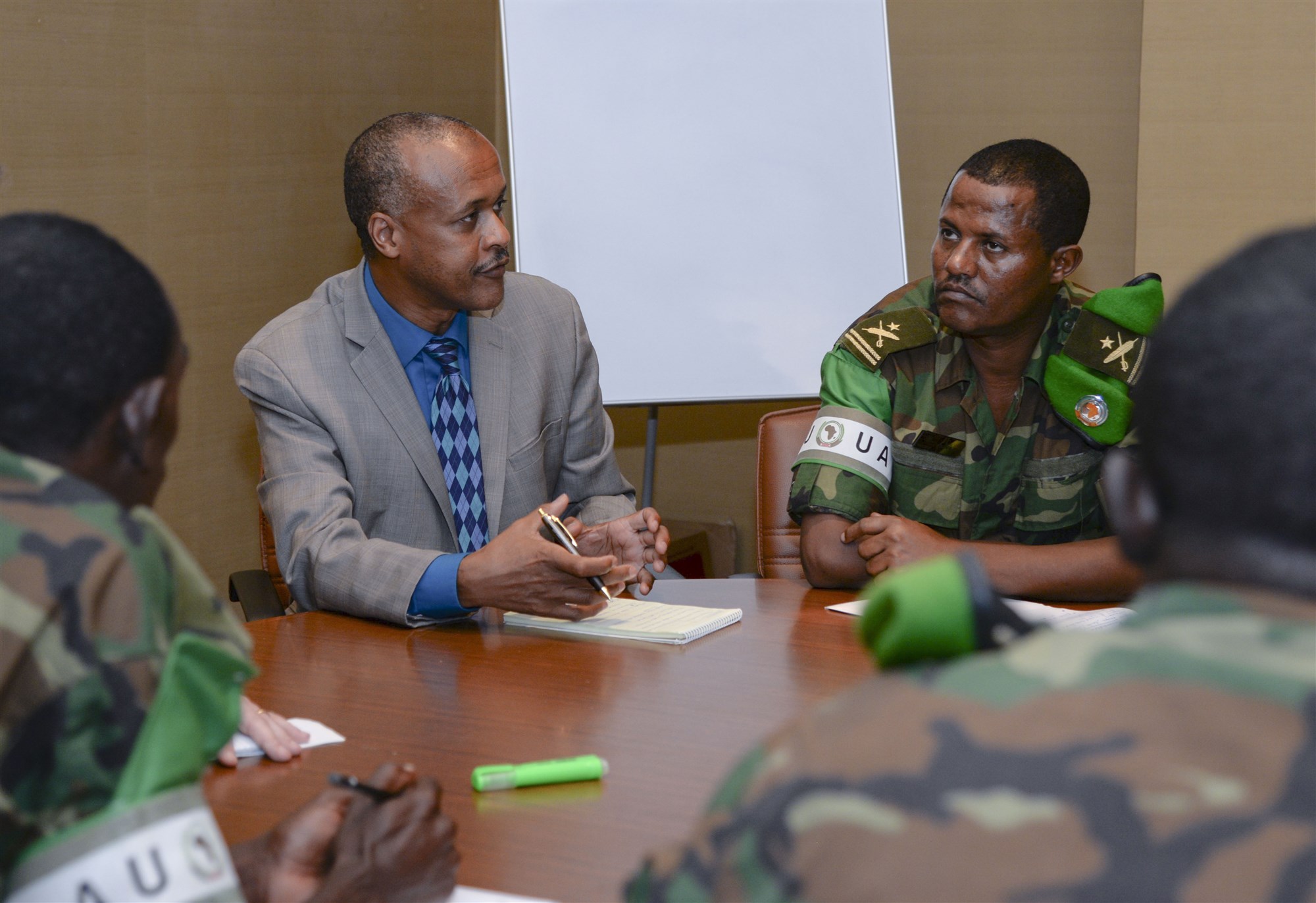 The conference brought together more than 35 PIOs from key regional partners to exchange best practices and lessons learned, identify challenges and strategies to address them, and to identify opportunities for greater coordination and collaboration.

Topics of discussion ranged from countering violent extremism to effectively leveraging social media as a communications platform in Somalia.

“Working together is the only way we will be able to face challenges and capitalize on opportunities to achieve operational success,” said Lt. Cmdr. Ross Sickler, CJTF-HOA Information Operations division chief. “We only succeed together. This conference and continued collaboration will play a key role in countering the violent extremist narrative while supporting sustainable stability, security and prosperity in the region.”

The AMISOM nations have around two years remaining to build a robust Somali National Army and fight al Shabaab. Despite language barriers, a common regional challenge, AMISOM nations remain committed to winning the information war as social media use among East Africans continues to grow.

“The fight against terrorism has succeeded in many areas and Somalia is no exception,” said Ugandan Army Capt. Jimmy Davis Omara, PIO of Sector 1, Battle Group 18. “The most important thing as PIOs now is to communicate. We have to communicate and let the population have confidence. As Uganda, we are ready to support the Somali National Army on the side of media relations so that they may be able to push this information further to the local communities. While doing that, we shall be mentoring them so that they can pick up and start from there because [AMISOM] countries are not here forever.”

Omara said social media is very active within Mogadishu, but greatly diminishes outside the capital city. This means that information trickling down to rural communities is also reduced.

Omara said the people and culture of Somalia are inward looking, so it’s better if the message is relayed from within the community. Therefore, radio broadcasts can reach audiences who have no online or social media access.

Therefore, it is important that AMISOM maintains flexibility in communicating to the public that AMISOM is achieving the success and security of Somalia, said Sickler.

“For me, the greatest successes are the relationships I’ve been able to build with my colleagues and fellow PIOs… and the ability that we now have to reach out to each other and help each other out to exchange ideas to make us all better as we fight for the same desired outcome,” he said.