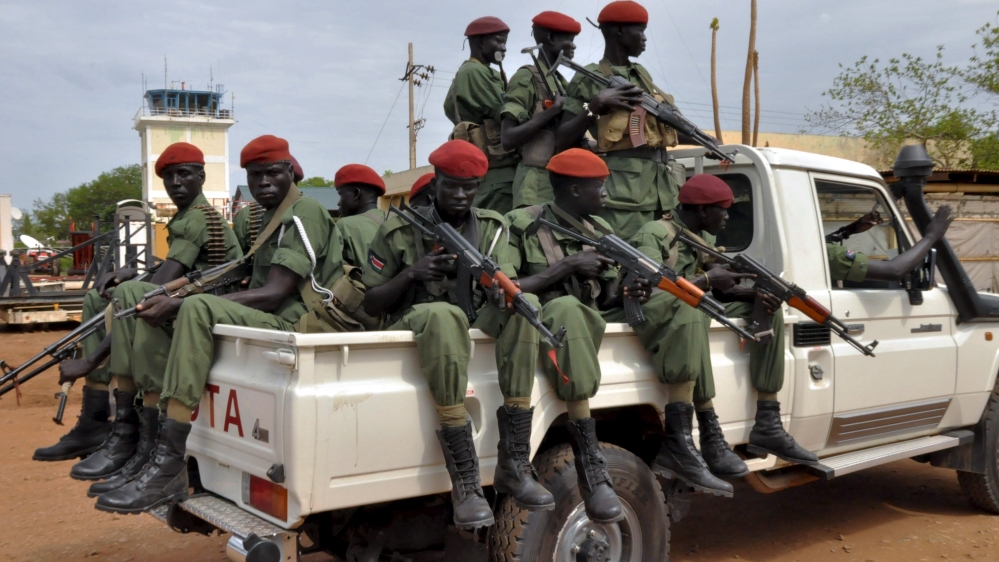 JUBA (HAN) August 14.2016. Public Diplomacy & Regional Security News. Fighting flared in South Sudan late on Saturday southwest of the capital between forces loyal to the president and those backing the opposition, after clashes last month raised fears of a slide back into civil war.

Steven Lodu Onseimo, the information minister for Yei region where Saturday’s clashes took place, told Reuters two civilians and a soldier were killed but said the area was calm on Sunday.

Witnesses had reported heavy gunfire around Yei, which lies on a road linking the capital Juba with neighbouring Uganda. The government and opposition each blamed the other side.

Following the fighting in July, the U.N. Security Council authorised the deployment of a 4,000-strong protection force to support the existing 12,000-strong U.N. peacekeeping mission.

“Our forces have managed to close Juba-Yei road. Our forces destroyed the government’s convoy that attacked our forces in the area,” opposition spokesman James Gatdet said by telephone.

The Yei information minister described it as an “ambush” of a government convoy by the opposition.

Political differences between President Salva Kiir and his former deputy Riek Machar first erupted into conflict in late 2013. They signed a peace deal in August 2015, but sporadic fighting has continued.

Machar had recently returned to Juba to take up his position as deputy again when the July clashes flared. Machar then withdrew with his forces from the capital.

Kiir’s spokesman Ateny Wek Ateny said after Friday’s vote for extra U.N. troops that the government would not accept the new force, describing it as a U.N. bid to take over South Sudan.
The United Nations had threatened an arms embargo if the government did not cooperate.

Regional states have backed sending extra troops to South Sudan in a bid to quell the conflict and prevent any further spillover. More than two million South Sudanese have been displaced by more than two years of conflict, and many have fled to nearby states.