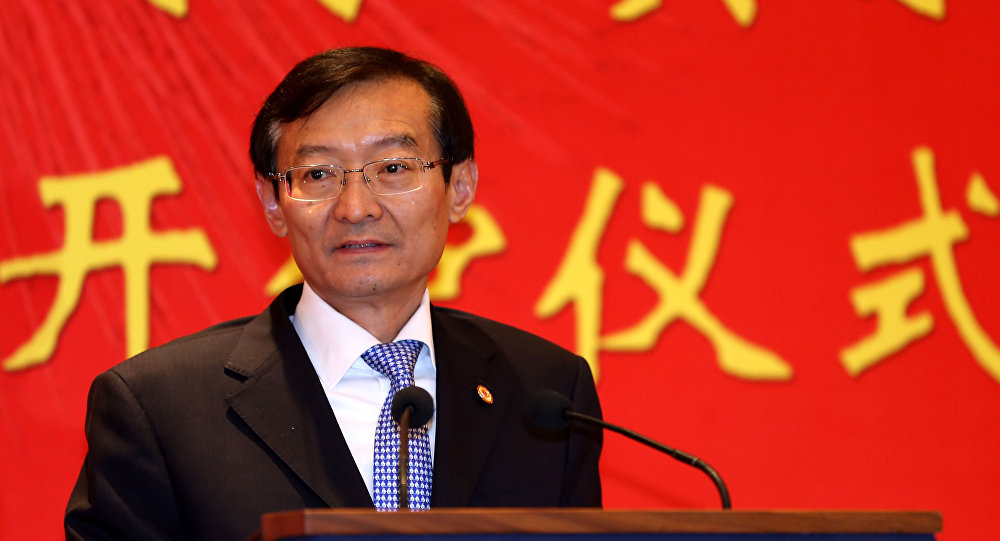 NAIROBI (HAN) August 29.2016. Public Diplomacy & Regional Security News. By AGGREY MUTAMBO. The Chinese on Sunday appeared to spoil Japan’s big publicity from the Tokyo International Conference on African Development (Ticad) in Nairobi, when Beijing’s head of delegation questioned Tokyo’s ability to fulfil the promises made during the summit.

Mr Zhang Ming, China’s Vice-Minister for Foreign Affairs, was in Nairobi in what he said was to “gain first-hand knowledge” of Africa’s other partners.

But as the conference ended, the former Chinese envoy to Nairobi told journalists that Japan could be joining a list of countries that have promised much but delivered little to Africa.

“There is never a shortage of conferences and promises for Africa, and yet action and implementation have not always followed.

“We hope Africa’s partners will honour their commitments with real actions and deliver tangible fruits to the African people,” he said on Sunday in a statement.

Ticad VI, happening for the first time in Africa, saw Japan pledge up to $30 billion more over the next three years to be invested in African infrastructure, healthcare systems and other projects meant to boost the economy.

But this conference always appeared to be in the shadow of China’s ventures in Africa.

“Both China and Japan are working with Africa as part of the international endeavour to help the continent.

“We support the diversification of Africa’s partners and hope they will leverage their respective strengths and combine forces to support enduring peace and rapid development in Africa,” Zhang said.

At China’s similar conference, called the Forum on China-Africa Cooperation (Focac) last year, Beijing pledged $60 billion to go into infrastructure, most of it to be channelled through government-to-government deals.

Beijing claims billions worth of agreements have been signed already, although there is little information on how the money is to be repaid or the terms of the agreements.

Japan, on the other hand, would be mostly disbursing these monies through development agencies, and will be following up to ensure the money is used for the purpose given.

Yet the Chinese official who served as Beijing’s ambassador to Kenya between 2006 and 2009 said China’s way of doing things remains that of non-interference.

“The secret recipe for ever-lasting vibrancy of this relationship is sincerity, mutual respect and non-interference in each other’s internal affairs.

“We hope other partners will also listen carefully to Africa’s voice and fully respect Africa’s will,” he said.

China and Japan have had previous tiffs especially in the East China Sea over ownership of islands there.

But they have in the recent past pushed their rivalry to Africa.

The Japanese prime minister promised to help Africa get a permanent seat at the UN Security Council by 2023, in what appeared to be a longshot to checkmate China which is already a permanent member.

However, the rivalry between the two countries has been in trade.

China is now Kenya’s largest trading partner at $6 billion, twice the value in 2013.

On the continent, China is involved in 240 infrastructure projects, according to the Chinese Embassy in Nairobi.

China’s trade with Africa is worth $220 billion; about ten times that of Japan.

At least 15 per cent of Africa’s imports came from outside from China, a rise from 2 per cent in 1995.

China has 14 per cent trade with Africa. Japan has just 1 per cent.

But Kenya has been the largest beneficiary of the Japanese Official Development Assistance in Africa, getting $4.4 billion since 2012.

“If there is no competition, there is a problem. It simply allows us to choose the best,” she said ahead of Ticad.