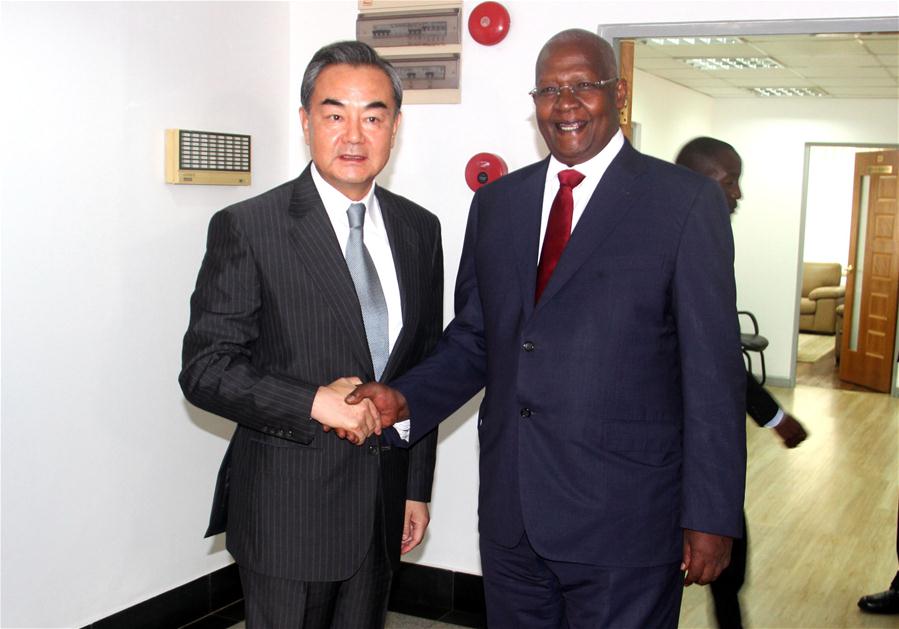 At a joint press conference held here with his Ugandan counterpart Sam Kutesa, Wang said that China is currently pressing on with the implementation of a pledge made by Chinese President Xi Jinping last year that the country would provide 100 million U.S. dollars in military assistance to the African Union to support the establishment of the African Standby Force.

Wang said over the years China has been involved in peacekeeping, mediation and providing assistance to help end conflicts on the continent.

“We have provided through bilateral and multilateral means, peacekeeping assistance to the African Union and other regional organizations,” he said.

Kutesa said China has been and remains one of Africa’s most reliable partners, adding that different from Western powers’ imposition of solutions on Africa for its problems, China has always been supportive and helping Africa find its own solutions.

In a bilateral meeting held earlier in the day, the two ministers supported regional efforts aimed at ending the ongoing fighting in South Sudan.

“We have emphasized the importance of a government of national unity, fully implementing the agreement of the resolution of the conflict of South Sudan,” Kutesa said.

He added that they also discussed the conflict in Burundi and other international issues of mutual interest.

Wang is in Uganda for a two-day visit after he ended his visit to neighboring country Kenya on Wednesday.