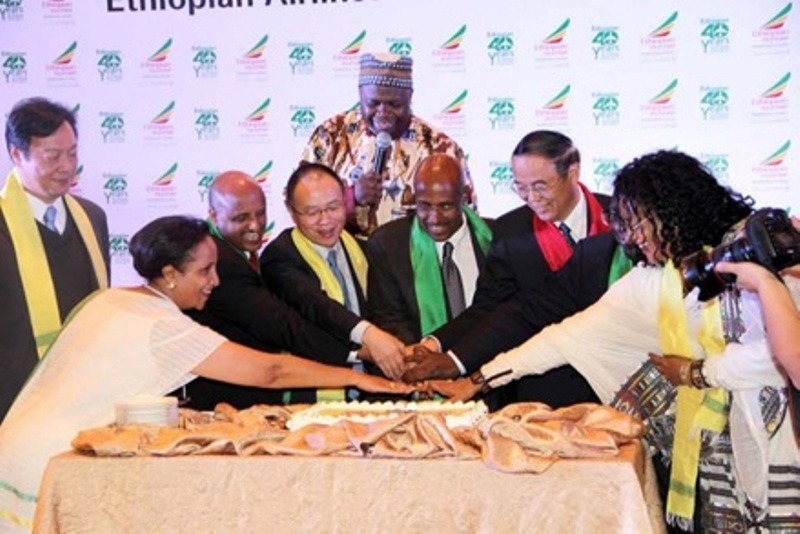 Djibouti (HAN) May 19, 2014. Financial News update. The government of China is going to extend a 500 million dollar loan to Ethiopian Airlines to finance Boeing jetliner purchases. During Chinese Premier Li Keqiang’s state visit to Ethiopia last week, a Memorandum of Understanding (MoU) was signed between Ethiopian Airlines and ICBC Financial Leasing Co., Ltd. A senior official at Ethiopian told The Reporter that the MoU relates only to Boeing aircrafts but in the future it can be extended to other fleet types.

“The understanding is for 500 million dollars in financial facility. The loan negotiation will be the next stage,” the official said. 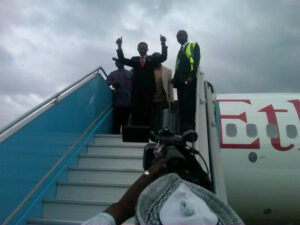 The senior official said that it was the first time that a Chinese bank had taken the lead in providing aircraft financing to Ethiopian. However, ICBC was already a junior loan partner in the B777-200LR freighter deal.

According to the MoU, ICBC Leasing will provide Ethiopian Airlines with financial support for its fleet expansion plan, including but not limited to B737 and B787 aircrafts in the form of finance lease, sale and lease back, commercial loans or operating lease from ICBC Leasing’s Boeing order. Ethiopian said the MOU was one of the largest financial cooperation in the aviation industry between the two countries, which is an important step for China’s financial industry to go international. “We are delighted to work with Ethiopian Airlines – the top leading operator in Africa, and to support its fleet expansion.” Chief Executive Officer of ICBC Leasing, Cong Lin, said “The MoU marks a significant milestone between China’s Lessors and African airlines, which will promote deep financial cooperation between China and Africa.”

ICBC Leasing, a wholly owned subsidiary of Industrial and Commercial Bank of China (ICBC), with a registered capital of 11 billion Yuan, was founded in November 2007. ICBC said it was the largest and the most innovative Lessor in China. With domestic and foreign assets of 200 billion Yuan as of the end of March 2014, it manages more than 380 aircraft, of which 168 were delivered to more than 50 domestic and foreign world-class airlines. ICBC Leasing claims to be the top aviation leasing company in China and one of the leading Lessors in the international aviation leasing market.

“We are pleased to have ICBC Leasing, a leading global leasing company, as a strategic partner.” Chief Executive Officer of Ethiopian Airlines, Tewolde Gebremariam, said. “The cooperation with ICBC Leasing and its parent company ICBC Bank, the largest commercial bank in the world, will support our Vision 2025 of fast, profitable and sustainable growth strategy. We look forward to a long-term and mutually beneficial partnership with ICBC.”