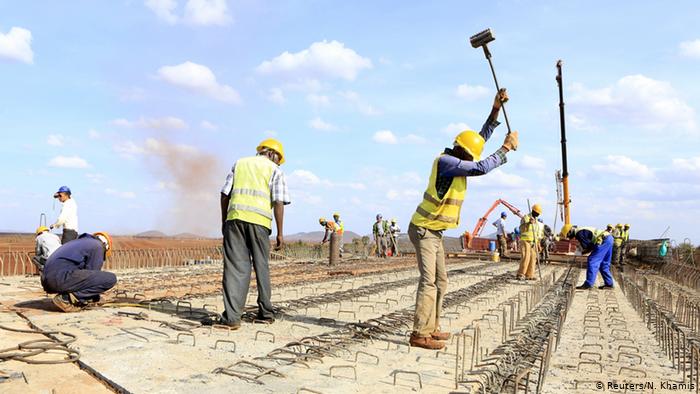 Chinese President Xi Jinping pledged on Tuesday to work with his Ethiopian counterpart Sahle-Work Zewde to enhance China-Africa and the Belt & Road Cooperation, so as to bring more benefits to both Countries and Peoples.

Xi made the remarks in an exchange of congratulatory messages with Zewde on the 50th anniversary of the establishment of diplomatic ties between the two countries.

In his message, Xi said over the half a century since the establishment of China-Ethiopia diplomatic ties, traditional friendship of the two countries has been getting stronger.

In recent years, with the building of the China-Ethiopia comprehensive strategic cooperative partnership, the two countries have been deepening political mutual trust and achieving fruitful cooperative results in various fields, said Xi.

The two sides have rendered mutual understanding and support to each other on issues of their core interests and major concerns, and have coordinated closely in international and regional affairs, he said.

Since the outbreak of the COVID-19 pandemic, China and Ethiopia have helped each other in time of difficulties, setting an example of China-Africa unity in fighting the pandemic, said the Chinese president.

Noting that he attaches great importance to the development of China-Ethiopia Relations, Xi said he is ready to work with Zewde to take the opportunity of the 50th anniversary to implement the outcomes of the Forum on China-Africa Cooperation Beijing Summit and the Extraordinary China-Africa Summit on Solidarity against COVID-19, enhance cooperation on jointly building the Belt & Road, and make more positive contributions to building a closer China-Africa Community with a Shared Future.