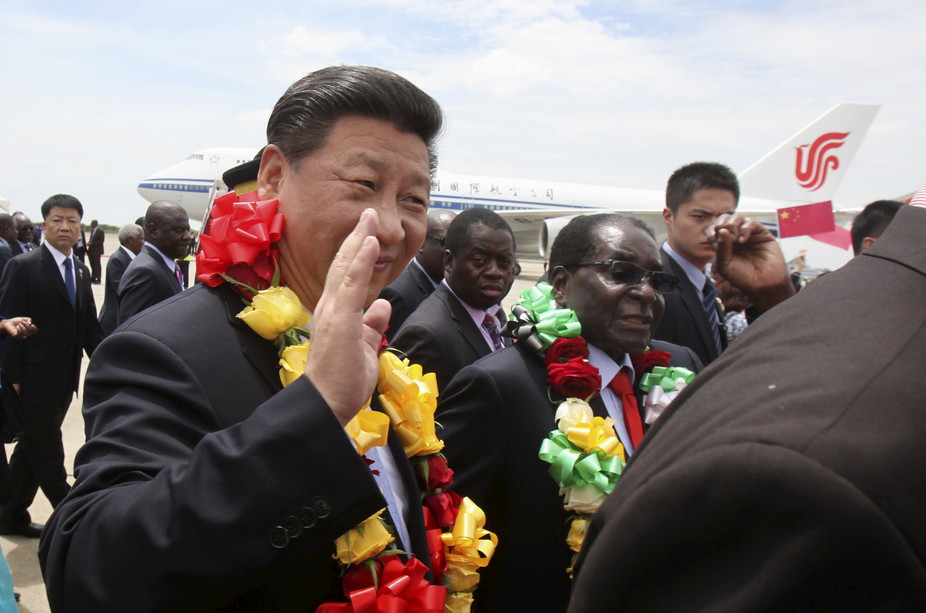 NAIROBI (HAN) April 26, 2016. Public Diplomacy & Regional Security News.The foreign aid arena in Africa has traditionally been dominated by the Organisation of Economic Co-operation and Development (OECD) countries. However, over the last three decades non-traditional donors such as China, have emerged.

In the 1960s Africa provided China with an opportunity to increase its political and diplomatic reach. Chinese interest in the continent came about in part as a result of politicaltensions between China and the Soviet Union as well as increased American and Japanese competition in Asia. In addition to political motives, Africa presented China with economic opportunities. While the initial motive for Chinese aid was to strengthen diplomatic ties, the resource motive became an important factor.

At the onset, China’s aid policy was premised on equality between partners, mutual benefit, respect for sovereignty, respect for obligations and enhancing the self-reliance of Chinese aid recipients. According to China’s 2011 white paper on foreign aid:

The main areas of support for China has been in projects in agriculture, industry, economic infrastructure, public facilities, education and medical and health care, with the intent on improving recipient countries’ industrial and agricultural productivity, laying a solid foundation for their economic and social development, and improving basic education and health care.

China’s aid policy in Africa underwent major reforms between 1994 and 1995. These were effected in three main ways:

The restructuring also saw the creation of three policy banks. These were China’s development Bank, China Export–Import bank and China Agricultural Development bank. They were all state-owned and enabled the government to provide targeted finance. The new policy opened the door to an economic and trade strategy. It enabled Chinese investments in manufacturing and agriculture, and growth in Chinese assembly factories. It also created increased demand for Chinese exports and allowed China’s incursion into the exploration and investment in minerals and forest resources in Africa.

Resources as a driver

By 1976 Chinese resource interest was apparent in numerous sub-Saharan African countries.Examples include the construction of the Tan Zam railroad in Zambia in part to facilitate China’s access to copper. There was also the construction of roads in countries like Ethiopia to assist the movement of cotton exports to China. China’s view of the resource possibilities in sub-Saharan Africa continues today.

Examining what drives Chinese aid allocation to sub-Saharan Africa, empirical evidence suggests that China provides more foreign aid to oil rich sub-Saharan African countries than those that are not oil rich. Almost half of the top 10 recipients of Chinese aid in the last 10 years gave access to oil wells and granted first rights to prospect for oil in return. Examples include Angola and Nigeria.

From 2000 onwards China further cemented itself as a major aid role player in Africa. It established the forum on China–Africa cooperation (FOCAC) which included 44 African countries. It undertook to provide financing for debt relief, training programmes and investments. The China-Africa Business Council was also established, which negotiated the cancellation of $1.2 billion in debt.

A number of developments made 2006 a watershed year. These included:

Between 2000 and 2012, China undertook more than 1 700 projects in over 50 African countries amounting to upwards of $75 billion. While this amount is less than the $90 billion committed by the US in the same period, it still represents a significant alternative source of aid financing for the continent.

Where the money goes

China’s aid in sub-Saharan Africa is varied and can be found in almost all sectors from telecommunication to health. The largest amount of aid funding goes towards the transport, storage, energy and communications sectors. A significant share, about 70%, is geared towards infrastructure development.

Chinese aid in infrastructure outweighs that of other donors. It accounts for over 30% of total value of infrastructure projects in Africa. Sub-saharan Africa’s education and health sectors have also benefited significantly. But the amount committed to these two sectors lags behind others such as transport and energy. This is possibly due to the fact that a significant amount of western aid is focused on these two sectors (see table 1)

In terms of the largest sub-Saharan Africa recipients of Chinese aid, Nigeria, Ghana and Sudan have been the top recipients in the last decade. The three countries combinedreceived around $250 million in aid. The majority goes to energy infrastructure such as oil pipelines.

Prominent in the aid debate is the notion that western donor countries are more concerned about the degree of governance in recipient countries. Their Chinese counterparts are assumed to overlook the level and type of governance.

At first glance this might be seen to be true. But it is not necessarily the case.

For both types of donors, recipient country governance is important. This conclusion is drawn from looking at the determinants of American and Chinese foreign aid to 31 countries in sub-Saharan Africa. In the case of the US, both political rights and civil liberty are considerations in its aid allocation decisions to the region. For China, political rights are more important than civil liberty in influencing who receives aid.

Although the benefits of Chinese aid in sub-Saharan Africa are clear in health and infrastructure projects, including the provision of medicine, the training of health workers as well as the construction of transport infrastructure, there are some drawbacks to the aid. While China provides aid for different projects over a wide spectrum, for the most part it is focused on a few specific sectors. As a result pertinent issues that enable domestic resource generation in the region are not necessarily addressed. This suggests that there is a need to re-assess the type of Chinese aid sub-Saharan countries accept and to make sure that the aid ties in with these countries’ development agendas.

This is an extract from a working paper titled ‘The political and economic dynamics of foreign aid: A case study of United States and Chinese aid to Sub-Sahara Africa’. [Kafayat Amusa, Nara Monkam and Nicola Viegi]