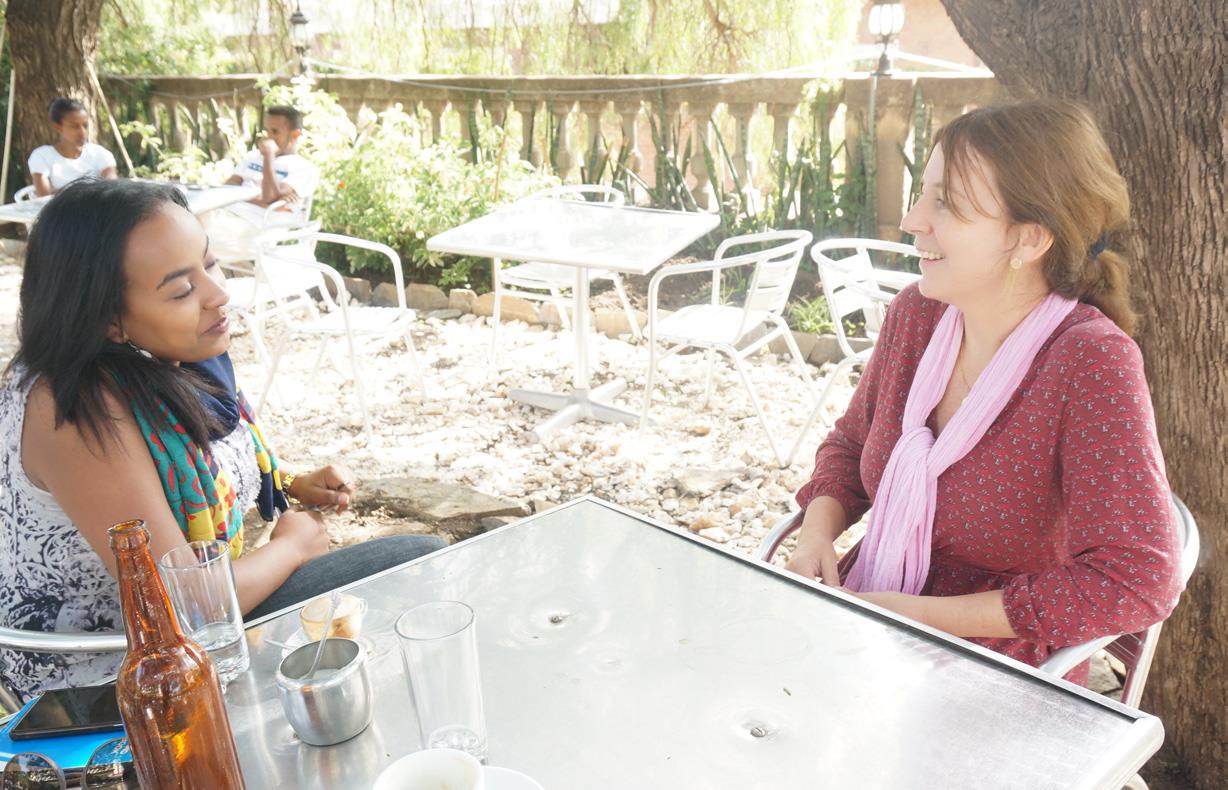 Dr. Fikrejesus Amahazion. Last week, Eritrea Profile featured an interview with Mary Harper, Africa Editor for BBC World News. Harper recently spent several weeks in Eritrea covering the country’s Independence Day celebrations, and her analyses, both within her interview with Eritrea Profile as well as in other outlets, have been balanced, impartial, thoughtful, and quite perceptive. Possessing years of journalistic experience, particularly across Africa, Harper’s coverage of Eritrea has been a reinvigorating breath of fresh air; she avoids the tired clichés, nauseating stereotypes, and longstanding assumptions and distortions to provide an accurate, contextualized, more reliable account of Eritrea. While her entire interview with Eritrea Profile is worthwhile and informative, several things stand out.

First, to her credit, Harper notes that “Eritrea…is very complex.” While this perspective and approach seems academic and straightforward for the exploration of any country, it is notable here because its acknowledgement is frequently lacking from most mainstream discussions about Eritrea. Rather than recognize great complexities, the vast majority of analyses of Eritrea are often littered with simplistic sound bites that shoe-horn the country into highly generalized, ineffective black and white contexts. This reductionist approach attempts to characterize and explain an extremely intricate, complex phenomenon in terms of singular, narrow concepts.

For example, it is quicker and simpler to label, traduce, and malign Eritrea than to deeply examine the country’s complex socio-political background, adequately survey its diverse ethnolinguistic and religious context, explore its challenging regional environment, genuinely consider its commendable progress within social, health, and education sectors, and its success upon several of the United Nations’ Millennium Development Goals (MDGs), or thoroughly investigate how the country remains heavily burdened by international sanctions – increasingly and widely recognized as illegitimate and unfounded – and an illegal military occupation by Ethiopia, which is politically, militarily, and economically supported by the US.

Amongst the clearest illustrations of the decontextualized, cursory approach that guides the mainstream narrative about Eritrea is the prevailing discourse on Eritrean emigration. Most discussions completely fail to analyze – even minimally or superficially – the holistic, multifaceted nature of migration. Instead, investigations are restricted to examinations of one or two factors. Accordingly, migration arises due to the fact that Eritrea is an arena of sheer barbarity, lacking any semblance of basic humanity, while other highly influential and significant factors, such as socio-economic causes (e.g. poverty, inequality, and relative deprivation), structural dynamics and determinants, or state and institutional procedures or policies (such as the de facto policy of Western countries to grant automatic asylum to anyone from Eritrea), are entirely ignored or severely understated.

Ultimately, lacking a critical, thorough analytical framework, the general narrative about Eritrea overlooks serious, pertinent questions, does not even begin to address the real, underlying problems on the ground, is devoid of rational, logical analysis, and in the end fails to offer legitimate or credible recommendations or solutions.

Instead, Eritrea is a “target” based upon the belief, dating back to the immediate post-World War 2 period but rearticulated more recently in terms of regional “anchor states” designations, that Western geostrategic interests and foreign policy aims can be better protected and served by Ethiopia, Eritrea’s former colonial occupier. Unfortunately, however, this misguided policy approach has largely failed to achieve its objectives (to even a minor degree), and instead only served to destabilize the Horn of Africa through contributing to unnecessary rivalry, conflict, and regional insecurity.

However, Eritrea is targeted due to another reason as well. Specifically, as per internationally renowned professor, author, and public intellectual Noam Chomsky’s notion of “radical nationalism,” the country remains a central target for vilification because its strict adherence to principles of social justice, equitable distribution, and self-reliance flagrantly challenge long held doctrines and orthodoxies espoused by the international development and aid establishment and global finance. Although the fact that Eritrea is small, and thus seemingly inconsequential, appears to refute this argument, it actually represents a highly significant contributing factor. In the same manner that Grenada, Laos, Vietnam, El Salvador, and Nicaragua, amongst others, were targeted across several decades after World War 2, “under [Chomsky’s] rotten apple theory, it follows that the tinier and weaker the country, the less endowed it is with resource, the more dangerous it is. If even a marginal and impoverished country can begin to utilize its own limited human and material resources and can undertake programs of development geared to the needs of the domestic population, then others may ask: why not us?” (Chomsky 1985: 72). Within this framework, then, there is little confusion regarding the apparent contradiction observed by Harper.

Finally, although Harper’s coverage has been useful, for example, through her revelation that the dominant narrative of Eritrea is “much different from its reality,” it is quite telling that she has received criticism in some quarters. Notably, this development mirrors the response meted out to others who have dared to present views that fail to align with the general mainstream narrative on Eritrea (for example, Ms. Bronwyn Bruton, Deputy Director of the Africa Center at the Atlantic Council, who has suggested that it is “time for a new approach” towards Eritrea by the international community). These responses underscore how the discussion of Eritrea has long been framed and tightly controlled, with dissenting views and perspectives being sidelined, silenced, ignored, marginalized, or disregarded. However, rather than restriction, a broader range of views and perspectives, such as Harper’s, should be encouraged toward promoting constructive dialogue, increasing accuracy, enhancing reliability, and improving and enriching overall understanding.