Home frontpage Chad: The More Things Change, The More They Stay The Same? 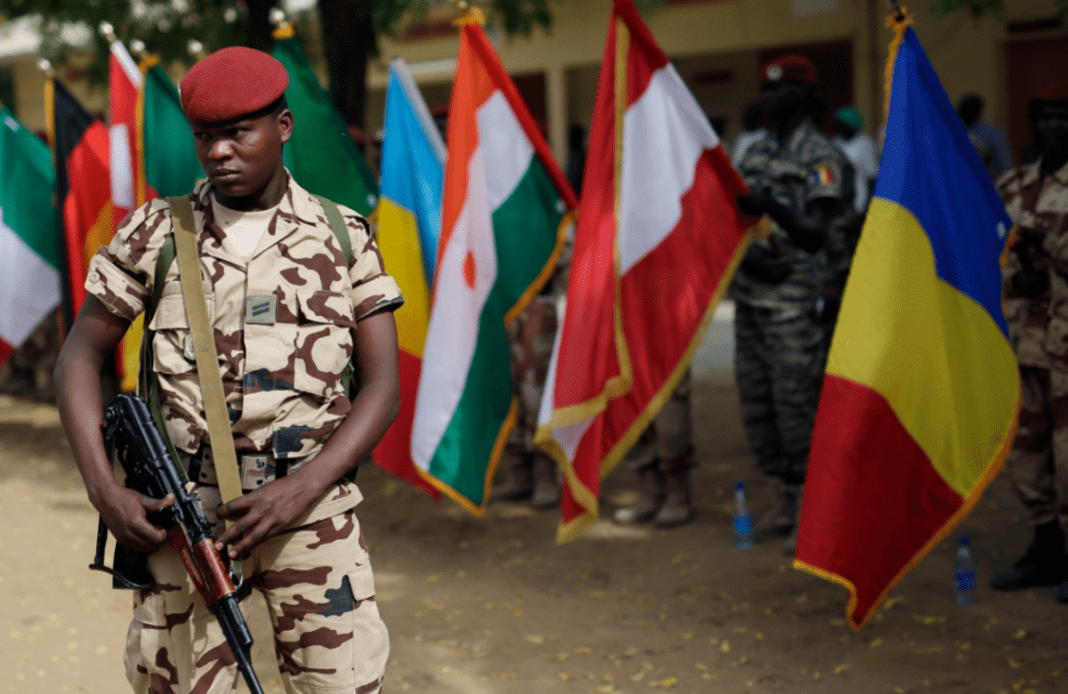 Share on Facebook
Tweet on Twitter
The reported killing of long-serving Chadian leader Idriss Deby at the hands of his country’s latest rebel group and subsequent imposition of a military transitional government were thought by some to herald long-overdue change in this geostrategically pivotal state, yet it might very well be that nothing will end up changing all that much since such a scenario could result in France losing control of one of its top regional allies if that happens.

Observers were shocked after learning that long-serving Chadian leader Idriss Deby was killed at the hands of his country’s latest rebel group. Some even suspected that foul play might have been involved, with one of the most prominent theories speculating that it was an inside job by rogue members of the military who attempted to pull off an armed coup. Regardless of whatever might have really happened, the fact of the matter is that Chad experienced a sudden regime change instead of the “phased leadership transition” that usually occurs in “national democracies” such as this one which don’t employ Western models of governance. What’s most controversial about the immediate consequences of this unexpected development is that the armed forces suspended the constitution, established an 18-month military transitional government, and appointed the president’s son Mahamat “Kaka” Idriss Deby Itno as leader in a move condemned by some as an unconstitutional coup and possibly indicative of a power struggle among the inner military elite.

Nevertheless, some observers expressed hope that these moves might herald long-overdue change in this geostrategically pivotal state, perhaps resulting in a more Western form of governance in partnership with the leading “Front for Change and Concord in Chad” (FACT by its French acronym) rebel group and others when all’s said and done similar in a sense to the precedent that’s gradually unfolding in neighboring Sudan. Others think that the new military government might soon fall if FACT is able to successfully take the capital of N’Djamena in the coming future like it’s promised to do, inspired by Deby’s death and incensed by what they described as the “dynastic devolution of power” in the country. Those hopes, however well intended they may be, are probably premature and much too high when considering that such scenarios could result in France losing control of one of its top regional allies if that happens. The casual observer probably doesn’t know much about their historical patron-proxy relations, so some background reading is required.

Here are three relevant analyses that I published over the years about Chad:

Chad is “too big to fail” for France despite being ripe for regime change by protesters, rebels, and terrorists.

France justifies its patron-proxy relationship with Chad on the basis of shared anti-terrorist concerns, the latter of which veritably exist and are legitimate to a large extent but are nevertheless exploited for neo-imperialist purposes. Despite being oil rich, the country consistently ranks near the absolute bottom of the Human Development Index and is regarded as one of the most destitute places on the planet. This is attributable to rampant corruption, which the military is also suspected of participating in. France turns a blind eye to these practices despite publicly supporting “accountability and transparency among all” abroad because it conveniently enables it to maintain its proxy network among the country’s powerful armed forces, which in turn helps advance its regional goals, most recently in Mali. For all of its governing faults, Chad objectively has one of Africa’s most powerful militaries, which explains why former President Deby’s government had yet to fall to rebels despite coming close on several occasions. France airstrikes at critical moments also helped too.

It remains to be seen whether the Chadian National Armed Forces (FANT by their French acronym) can stem FACT’s week-long blitzkrieg towards the capital from their Libyan base, but if they can’t, then it’s very likely that France will intervene once again to save its struggling proxies. In the unlikely event that Paris doesn’t do so, then it might stand to lose enormous regional influence if the revolutionary authorities espouse any sincere anti-imperialist principles. It’s much more likely, however, that the military transitional government will remain in power and overcome the speculative differences between some of its factions. In that event, France might either go along with the possibility of its proxy potentially rigging elections to ensure “Kaka’s” victory if he isn’t able to win through legitimate means or it might flexibly adapt to changing circumstances to guide Chad’s incipient democracy through an unseen hand in the direction of its strategic interests. The only wild card is whether the Chadian people can successfully employ a grassroots-driven Color Revolution to stop this.

Chad is a very diverse and highly impoverished country in spite of its rich resource wealth, and it’s pretty much only been held together by a tight fist since independence, whether that was most recently Deby or his several predecessors. It’s quite typical of many African countries in this respect, which means that the onset of sudden instability such as the capital’s fall to rebel forces who might potentially be opposed in principle to continuing the country’s present course in foreign affairs (i.e. retaining the patron-proxy neo-imperialist relationship with France) or a successful Color Revolution inspired by Deby’s death could catalyze far-reaching and largely unpredictable consequences in the worst-case scenario. France is unlikely to sit back and lose one of its top allies in Africa which is why it’s predicted that Paris might soon militarily intervene in support of FANT should the need arise, and if need be, clandestinely “manage” (i.e. hijack) Chad’s incipient democracy.