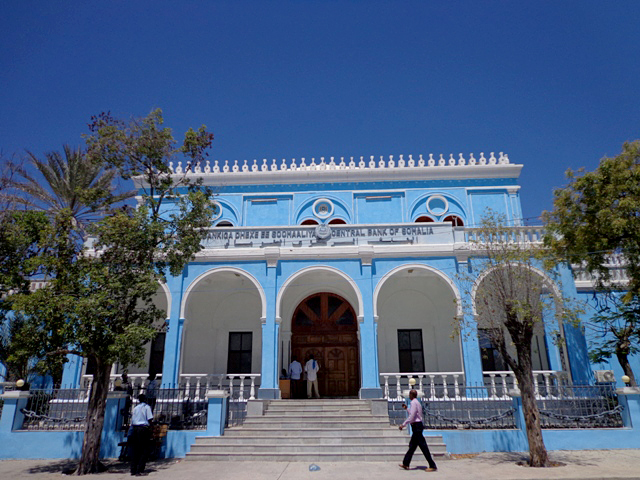 MOGADISHU (HAN) May 27.2016. Public Diplomacy & Regional Security News. The Central Bank of Somalia has partnered with IT firm SOFGEN International Holdings to revive the country’s financial sector that has been in doldrums following political instability by setting up a new IT platform.

The project which is bolstered by the support of World Bank expects to complete its first phase at an estimated Sh251.6M ($2.52 M)

Speaking in Nairobi, Governor of Central Bank of Somalia, Bashir Ali expressed gratitude to the World Bank and Sofgen for the project which is set to bring reprieve to many Somalia citizens who can’t access reliable financial services in the war torn nation.

“Its successful implementation will empower the Central Bank to play its role more effectively and also provide the needed foundation upon which all other future initiatives will rely,” he said.

The first phase of the project is set to be complete within 9 to 12 months.

Speaking to People Daily, Tunde Oladele SOFGEN chief executive said that they were looking to restructure and attract more foreign investors to the country.

“We are hoping to automate the financial sector, attain a working framework and make the sector efficient,” he said.

In the long run, Central Bank of Somali is looking to open up the country to more foreign investors.