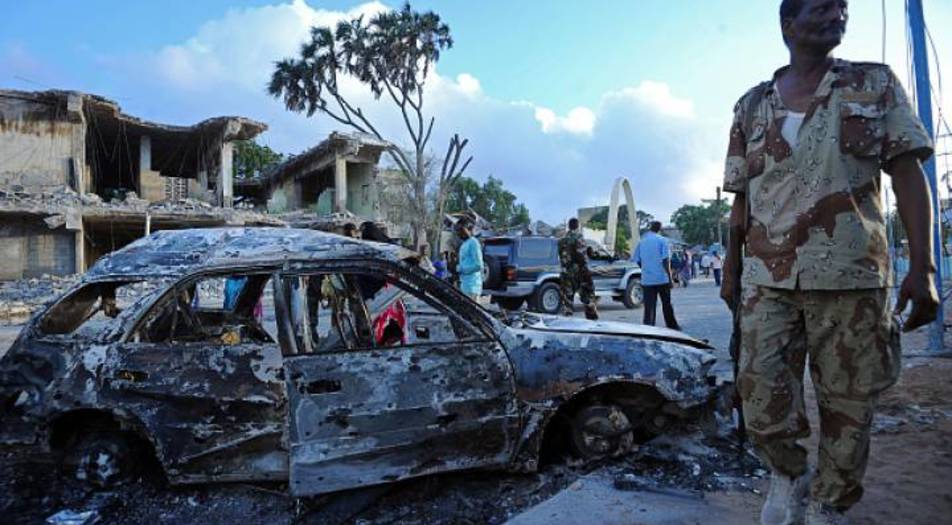 MOGADISHU (HAN) December 10.2016. Public Diplomacy & Regional Security News. By Abdi Sheikh.  A car bomb killed at least two policemen when it exploded at a checkpoint near the Somali capital Mogadishu on Saturday, police and militants fighting to topple the government said.

The militant group al Shabaab, which wants to impose its strict interpretation of Islam, said its fighters carried out the attack.

Somalia is still battling an Islamist insurgency while it seeks to rebuild after more than two decades of conflict and chaos that have left the nation in tatters.

It is holding a vote at polling centres across the country over several weeks for a new parliament. Some 14,000 people representing Somalia’s federal states have been chosen to pick the 275 lawmakers. Those members of parliament will choose a new president.

The government, U.N. officials and international donors have said security issues prevented a broader vote. The parliamentary vote was due to end on Nov. 30, after several delays, but has been rescheduled for Dec. 28.

Al Shabaab accuses the presidential and parliamentary candidates of being foreign stooges. (Writing by Aaron Maasho; Editing by Dale Hudson and Louise Heavens)