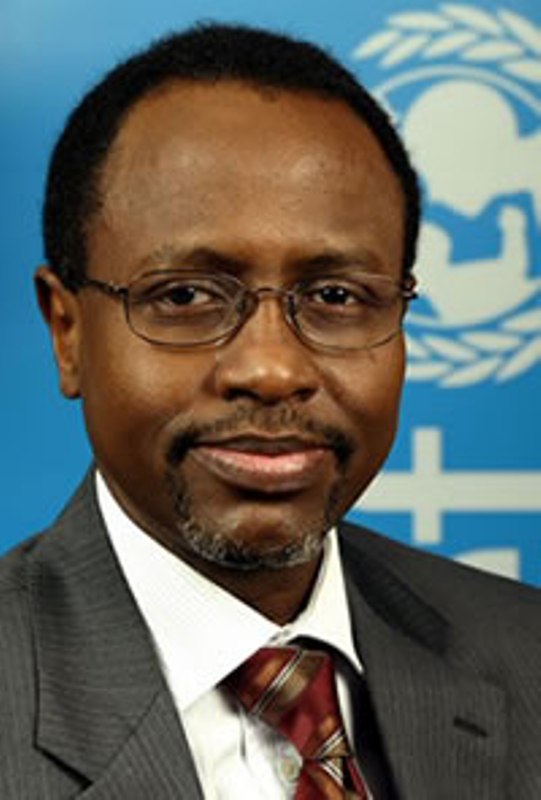 A Somali Canadian Omar Abdi  is currently serving as UNICEF’s Comptroller. Prior to that role, he served as UNICEF Deputy Executive Director, Management (2007-2010), Regional Director for Middle East and North Africa (2006-2007), and UNICEF Representative in several countries.

Omar Abdi brings a deep understanding of UNICEF’s programmes and operations. Additionally, he has helped pioneer streamlining systems to strengthen results on the ground.

An Ottawa resident, Omar Abdi currently serves as Director of UNICEF’s regional office for the Middle East and North Africa in Amman Jordan.

Mr. Abdi is a native of Somalia and served for seven years in the Government of Somalia before joining UNICEF in 1992. He has served as UNICEF Representative in Liberia, Ghana and in Pakistan, and in other positions prior to becoming the Regional Director.

As UNICEF Representative in Pakistan, Mr. Abdi led the organization’s response to the October 2005 South Asia earthquake, which saw more than three-million people – half of whom were children – displaced in the northern regions of Pakistan. UNICEF led the UN’s initial response in the areas of water and sanitation, education, nutrition and protection, and launched a US$150 million “build-back-better” recovery plan.

“We are delighted to have a Canadian with such extraordinary experience serve in the highest levels of UNICEF,” UNICEF Canada President & CEO Nigel Fisher said from New York, where he is attending a two-day meeting of the UNICEF Executive Board. “Time and again Omar Abdi has demonstrated his unwavering commitment to providing the best possible results for children.”

Mr. Abdi succeeds Mr. Toshi Niwa, who was appointed in March 2004. The post has responsibility for the overall direction of Finance and Management, Human Resources, Management, and Information Technology. Mr. Abdi will also oversee UNICEF’s inter-governmental work and UN relations, as well as UNICEF’s office in Tokyo. This is the highest ranking position achieved by a Canadian in UNICEF. Stephen Lewis also served as UNICEF Deputy Executive Director from 1995 to 1999.