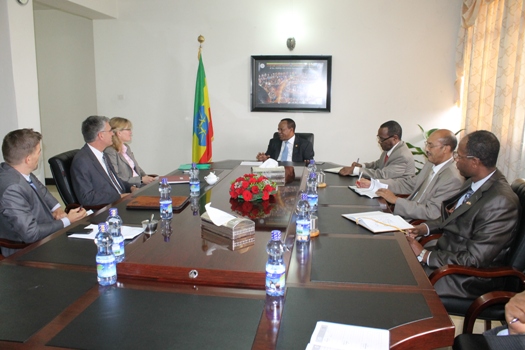 Ms. Leslie Norton also noted the historic ties between Ethiopia and Canada and emphasized that the bilateral cooperation between the two countries should further be bolstered. The State Minister briefed the delegation on the current El-nino-induced drought and Ethiopia efforts of mitigating the challenge.

He further said the international community should extend further support as pledged. The Canadian delegation described Ethiopia’s efforts of mitigating the draught as exemplary. Both sides reviewed the progresses of the agreements reached between Ethiopia and Canada during the 5th Bilateral Political Consultation in Ottawa, Canada held in early March 2016. They have agreed to further strengthen cooperation in bilateral and multi-lateral fora.