Home Ethiopia Calls on the Government of Ethiopia-Washington Update 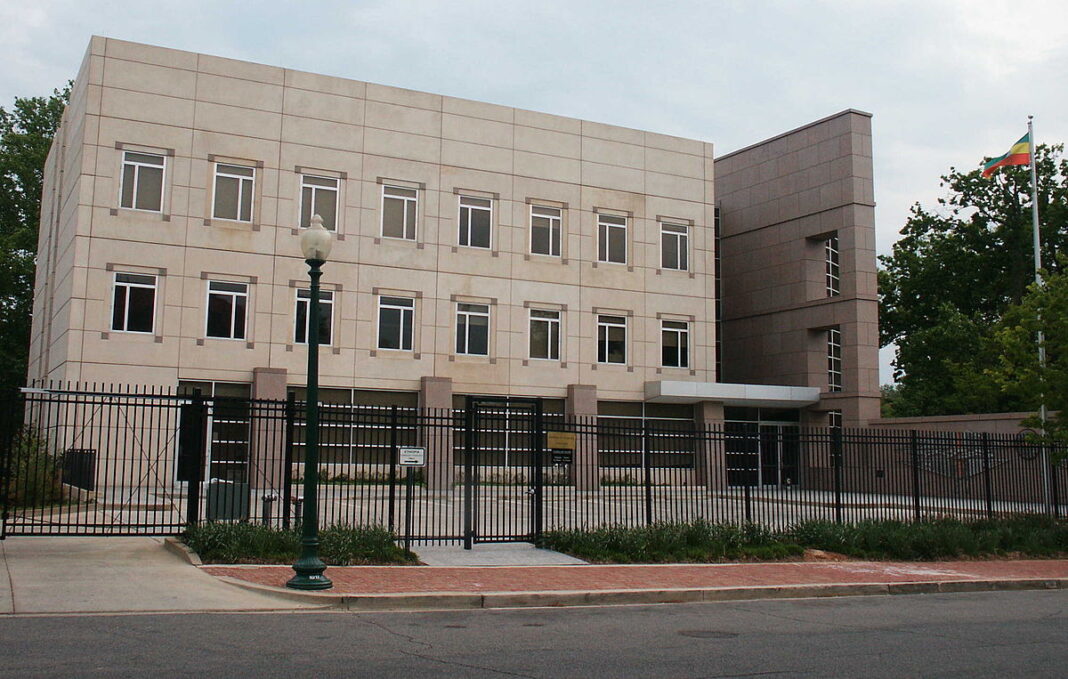 Share on Facebook
Tweet on Twitter
Everyone in the United States who supports democracy and human rights in Ethiopia must take some simple steps in the coming days to persuade Congress to put the power and influence of the U.S. government on the side of those struggling in Ethiopia for freedom.
The Ethiopian-American community has come together in the past and it time to do it again. In the 2007 and again in 2018 the House of Representatives unanimously passed legislation promoting Ethiopian human rights, democracy and economic prosperity. The action was the direct result of advocacy from Ethiopian-Americans.
Today, lawmakers and policymakers in Washington who are concerned about the deteriorating situation in Ethiopia have crafted a new resolution. Last Friday I was Sr. staff of Rep. Chris Smith told me he and other members of Congress are pushing for consideration and passage of the resolution, but they need help. Ethiopian-Americans must contact their members of Congress to urge them to support a resolution on Ethiopia.
The present legislation has 6 co-sponsors. At least 25 co-sponsors are needed in order for it to be considered by the House, including 10 members of the Foreign Affairs Committee. It is essential that all Ethiopians contact members of congress and tell them how important it is for them to co-sponsor and express their support for the Resolution.
Some of the provisions of the Resolution include:
Whereas Prime Minister Abiy Ahmed spearheaded significant and commendable reform measures following his selection in April 2018, including releasing thousands of political prisoners, inviting exiled political opposition back to Ethiopia, negotiating a peace agreement with Eritrea, lifting bans on over 200 web sites and improving media freedom, closing the notorious Maikelawi prison, repealing the draconian Charities and Societies Proclamation and the Antiterrorism Proclamation, appointing a gender-balanced cabinet, reforming electoral laws and the National Electoral Board of Ethiopia.
Whereas key challenges, including recurring ethnic and intercommunal clashes and increasingly polarized political views that have spurred violence, threaten to impede Ethiopia’s democratic progress
Calls on the United States Government to—
(A) play a more active and vocal role in encouraging and supporting an inclusive, intra-Ethiopian dialogue on democratic reforms, elections, ethnic violence, and accountability for serious human rights abuses;
B) immediately allow all obligated and planned bilateral foreign assistance to Ethiopia to continue, including critical funding for global health security, civil society and election preparedness, economic growth, food security, and counterterrorism; and
(C) consider application of existing United States sanctions authority, including as provided for in the Global Magnitsky Human Rights Accountability Act, for gross violations of internationally recognized human rights;
Calls on the Government of Ethiopia to—
(A) conduct full, credible, and transparent investigations into the killings that took place in Oromia, Addis Ababa, and the Southern Nations, Nationalities, and People’s Region amid the recent protests and unrest, including an investigation into the assassination of Haacaaluu Hundeessaa;
The House Resolution is similar of the H.Res. 128  which was passed by congress on April 2018. The resolution expresses concern about human rights abuses and contracting democratic space; and condemns excessive use of force by Ethiopian security forces; calls on end the use of excessive force, release wrongfully imprisoned protestors, and improve transparency; urges protectors and opposition groups to use peaceful discussion and avoid incitement; and condemns— (A) the targeted violence and destruction of property directed against ethnic and religious minorities; (B) the excessive use of force by Ethiopian security forces against peaceful protesters; (C) the arrest and detention of journalists and peaceful protesters who exercised their constitutional rights to freedom of assembly and expression; and (D) hate speech and disinformation that fuel ethnic and political violence, propagated by individuals and organized groups based in Ethiopia and in the Diaspora.
One of the important parts of the Resolution: Application of existing United States sanctions authority, including as provided for in the Global Magnitsky Human Rights Accountability Act, for gross violations of internationally recognized human rights;
And On Grand Ethiopia Renaissance Dam: Supports the African Union-led GERD negotiations among Egypt, Ethiopia, and Sudan; and support an equitable outcome fair to all parties.
The US Congress “encourages the continued cooperation and peaceful negotiations of all stakeholders in the construction of the GERD. These negotiations should be based on mutual benefit, good faith, and the principles of international law.”