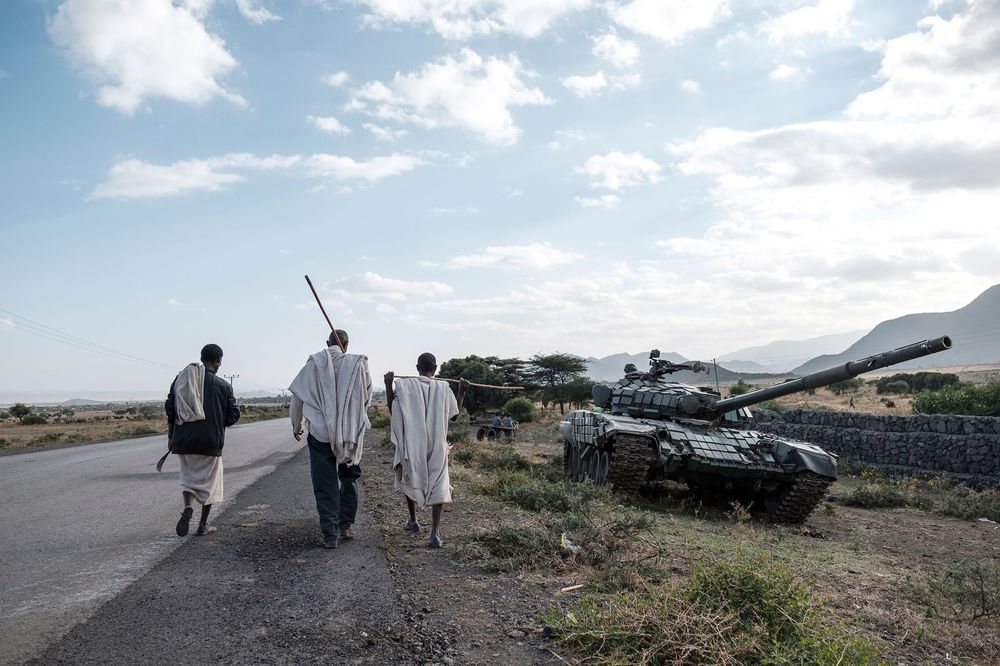 What comes next for Africa’s second-most populous nation will depend largely on who Ethiopia’s leader really is: a reformer who won a Nobel Peace Prize for ending the conflict with neighboring Eritrea, or another strongman-in-the-making. More than two-and-a-half years after the ex-army intelligence officer rode a wave of pro-democracy protests to power, Abiy’s ambitions to raise Ethiopia’s regional profile and strengthen its economy with his push for national “synergy” have rubbed up against the conflicting interests of its 80 ethnic groups and multiple religions.

By reining in regional disputes and opening borders, he could underpin Ethiopia’s fast-growing, if fragile, economy, which expanded by just over 10% per year from 2005 to 2019. That may have a stabilizing effect across a turbulent neighborhood that includes Somalia and Sudan. 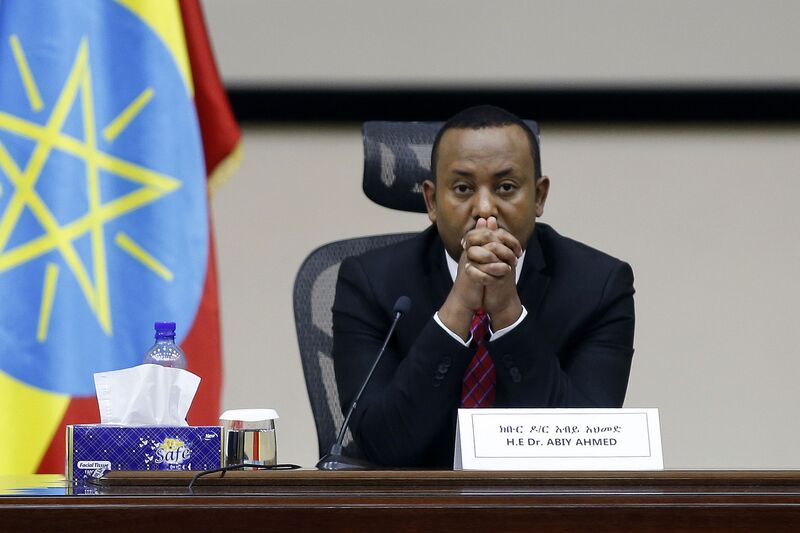 A descent into chaos could, equally, fuel further instability in the Horn of Africa.

“Maintain your unity and the unity of the people,” Abiy told troops assembled in Mekelle Sunday, commending them for fighting together despite ethnic differences.

Abiy says he had to take on the Tigray People’s Liberation Front, which dominated government for 27 years, after it seized last month the federal army’s Northern Command.

Defeat of the TPLF would remove a major hurdle that was blocking the 44-year-old premier’s plans for democratic and market reforms, and had prevented the fulfillment of the 2018 peace agreement with Eritrea, supporters say.

If the frontier Eritrea shares with Tigray and its neighboring province can open permanently, as the settlement envisages, it would create access to sea ports that could also benefit Sudan and the UAE, according to Bronwyn Bruton, a program director at the Atlantic Council, a Washington think-tank.

That, in turn, could prompt a regional realignment that reduces conflict, bolsters trade and favors landlocked Ethiopia over its rival Egypt, further down the Nile.

“Their fall will change things,” Bruton said of the TPLF. “We’re talking about a dramatically empowered Ethiopia.”To others, though, Abiy is an all-too-familiar style of leader — a populist and devout Pentacostalist whose near-messianic belief in his destiny to rule has brought Ethiopia to the brink of civil war. They see the Tigray conflict as an old-fashioned power-grab that, once complete, would continue elsewhere.

In a sign of international concern, the European Commission said it would withhold 88.5 million euros ($108 million) of EU aid to Ethiopia until hostilities stop, talks begin and aid organizations have free access to civilians.

“We have been in peace for more than two decades, so suddenly this happens and it saddens all of us,” Debretsion Gebremichael, Tigray’s now-fugitive president and TPLF leader, said last year, long before the latest conflict. He was referring to inter-communal fighting that had already, according to the United Nations Refugee Agency, displaced almost 1.5 million Ethiopians.

Abiy’s mistake, Debretsion said, was to loosen controls on political freedoms while trying to tighten his grip on Ethiopia’s federal regions — without an electoral mandate. 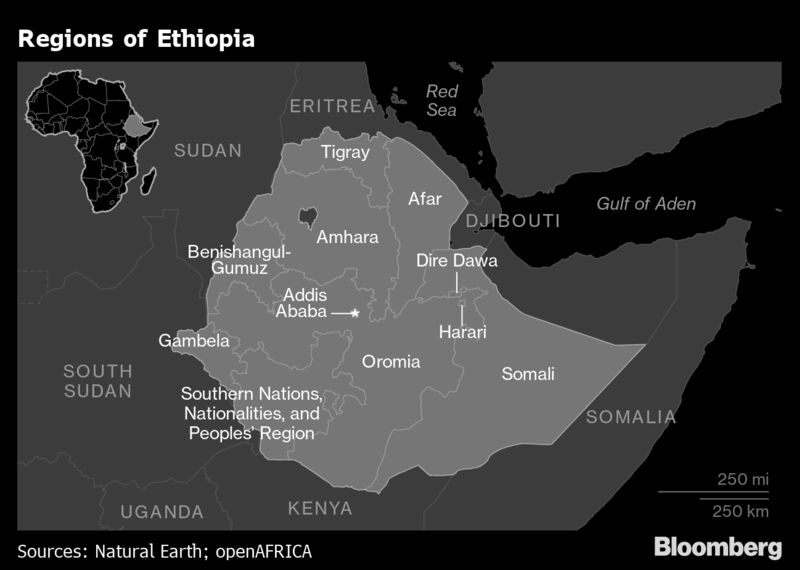 Appointed by the TPLF-led ruling coalition in 2018 after his predecessor failed to quell protests, Abiy has yet to face elections. The governing coalition was dissolved last year to make way for a new party under Abiy’s leadership that drew together most of the former groupings. The TPLF refused to join.

When federal and regional elections scheduled for August were postponed to next year due to Covid-19, the TPLF defied the decision and held a vote in Tigray. Abiy condemned the vote as illegal.

“If anything, the prime minister for the past two-and-a-half years has been working to enforce the constitution per the mandate he is given, whereas in the past two decades power had been centralized by a clique,” said Abiy’s spokeswoman Billene Seyoum, referring to the TPLF. “The prime minister aspires for an Ethiopia that practices a true federalism anchored in democratic principles and the rule of law.”

Demands for more personal and communal rights were rising even before Abiy’s appointment. After three years of protest against  the TPLF’s  iron-fisted rule, the coalition had hoped Abiy’s parentage — Oromo and Amhara, the two largest of Ethiopia’s ethnic groups — would calm passions. Tigrayans make up 6% of the population. 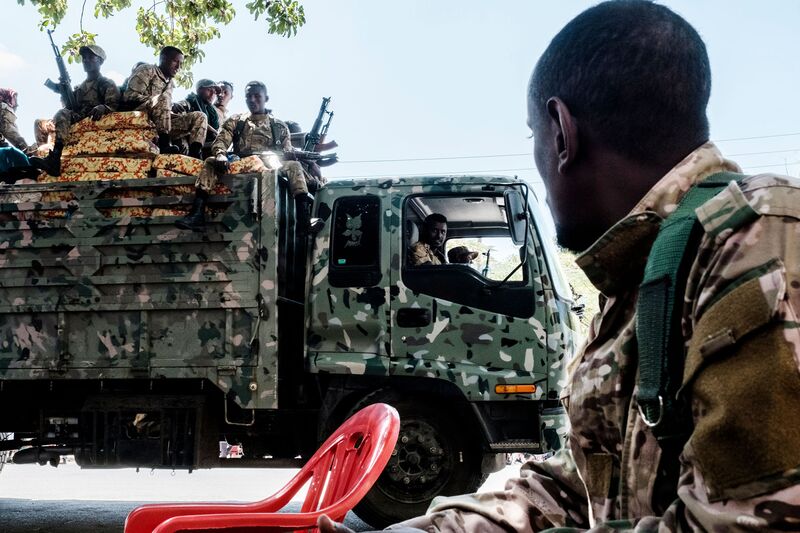 But since then, Abiy has split with the Oromo movement that helped him to power, jailing some of its leaders. With militias from Amhara now fighting in Tigray, and an unexplained massacre of Amhara civilians in Tigray’s May Cadera on Nov. 9, ethnic conflict could spiral out of control.

“I see not a good outcome unless the central government has some sort of epiphany and agrees to some kind of national dialogue,” said David Shinn, a former U.S. ambassador to Ethiopia who teaches international affairs at George Washington University.

Though government forces control Mekelle and large towns in Tigray — slightly larger than the Netherlands —  fighting continues in the countryside. Eritrean troops have taken part, despite government denials, looting businesses and abducting refugees who’d fled the North Korea-style dictatorship, according to aid workers and diplomats briefed on the situation. 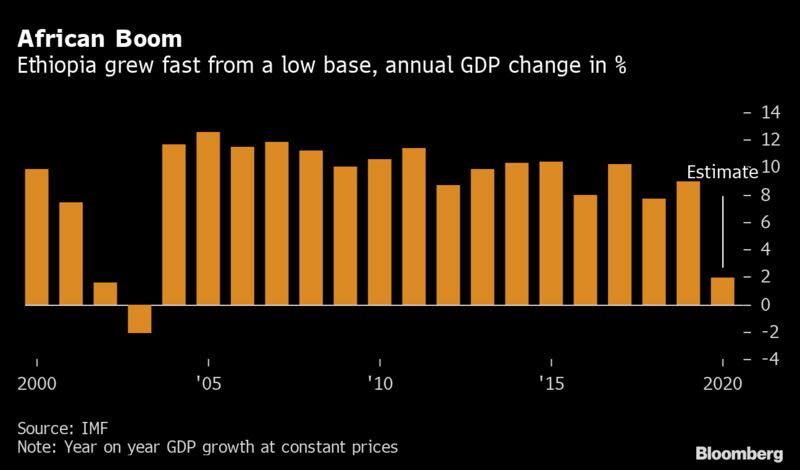 Adding to concerns, Abiy confers less with his cabinet and advisers, say people with knowledge of his interactions. Instead, he relies on his instincts and “synergy” philosophy (the title of a book he published last year), according to a person who acted in the past as an adviser to his office.

There is hope for democracy in Ethiopia, despite its complexity, according to Ezekiel Gebissa, a professor in the liberal studies department at Michigan’s Kettering University, and an Oromo. But that would require Abiy to develop a  road map, rather than pursue his own centralizing vision.

“The question is why do we need this ‘synergy’?” asked Gebissa. “Isn’t that something elections should decide?”