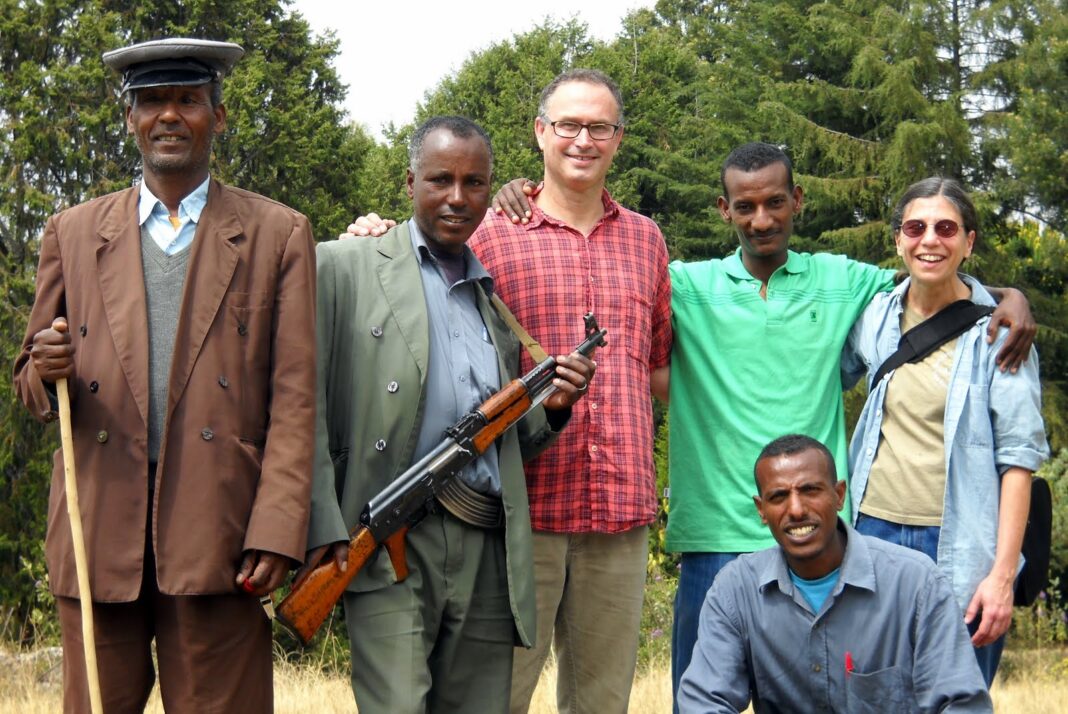 Addis Ababa (HAN) December 26, 2014 – Public diplomacy and Regional Safety and security News.  A British tourist has been killed in Ethiopia, the Foreign Office said.The British national was shot dead in the north western Ethiopian city of Bahir Dar at 10:30am local time yesterday, according to the Ethiopian Government spokesman reports.

A suspect has reportedly been arrested and the tourist has been taken to the capital Addis Ababa today for a post mortem.

Ethiopian Government spokesman Shimeles Kema said the suspect had not known the gun was loaded and that the incident happened in a church on the morning of Christmas Eve.

“It appears that a resident of Bahir Dar, who was licensed to carry a gun, accidentally discharged his gun while changing the gun position from one shoulder to the other.”

A spokeswoman for the Foreign Office said: “We can confirm the death of a British national in Ethiopia. We are providing consular assistance to the families.

Photo: The tour guide, Larry and Bernadette (an American couple), and Zerhiun