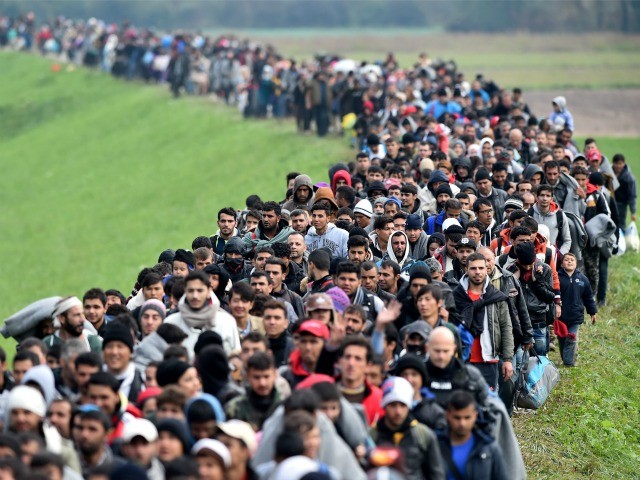 NAIROBI (HAN) February 10, 2016 – Public Diplomacy and Regional Stability Initiatives News. By Emma Batha. Efforts by European countries to deter migrants with border fences, teargas and asset seizures will not stem the flow of people into the continent, and European leaders should make their journeys safer, a think-tank said on Wednesday.

The Overseas Development Insitute (ODI) said Europe must act now to reduce migrant deaths in the Mediterranean, where nearly 4,000 people died last year trying to reach Greece and Italy, and more than 400 have died so far this year.

European governments could open consular outposts in countries like Turkey and Libya which could grant humanitarian visas to people with a plausible asylum claim, the think-tank said.

Allowing people to fly directly to Europe would be safer and cheaper than for them to pay people smugglers, and would help cripple the smuggling networks that feed off the migrant crisis, the London-based ODI said.

But the ODI said new research showed such attempts either fail to alter people’s thinking or merely divert flows to neighbouring states.

Researchers interviewed 52 migrants from Syria, Eritrea and Senegal who had recently arrived in Germany, Britain and Spain. Their journeys had cost an average 2,680 pounds ($3,880) each.

More than one third had been victims of extortion, and almost half the Eritreans had been kidnapped for ransom during their journey.

“ONE DOOR SHUTS, ANOTHER OPENS”

Researchers said that, contrary to popular perception, many migrants left home without a clear destination in mind. Their experiences along the way and the people they met informed where they would go next.

“Our research suggests that while individual EU member states may be able to shift the flow of migration on to their neighbours through deterrent measures such as putting up fences, using teargas and seizing assets, it does little to change the overall number … coming to Europe,” said report co-author Jessica Hagen-Zanker.

“As one of the people we interviewed put it ‘When one door shuts, another opens’.”

But Hagen-Zanker said route closures were counter-productive because they made migrants’ journeys more expensive, reducing their ability to support themselves when they arrived.

The study showed migrants’ decisions were influenced less by restrictive policies and more by job opportunities, safety and access to education.

The ODI called for a fairer EU-wide asylum processing system and reforms to share responsibilities more evenly between EU countries.

Search and rescue missions in the Mediterranean should also be scaled up, it said.

Researchers said politicians and the wider public must start seeing refugees as a resource rather than a problem.

They called for greater efforts to provide migrants with language lessons and skills training which would increase their ability to support themselves and help fill job gaps in European economies.