Home frontpage Boost to manufacturers as EAC relaxes rules on goods produced in the... 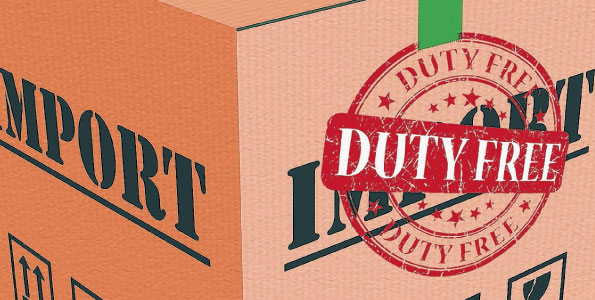 According to the revised rules of origin, goods made in partner states will now be sold duty-free.

The more accommodating rules of origin have been under discussion for a year, and are expected to promote locally manufactured goods to increase intra-regional trade.

The products will be required to have a certificate of origin issued by the originating country, showing that they have a local content input of at least 30 per cent, unlike previously when the threshold was set at 35 per cent.

Under the old rules, 25 per cent duty was imposed because certain parts or ingredients used in their assembly or production were imported from outside the economic bloc.

Key products, on which duty has been scrapped are East African Breweries Ltd’s Smirnoff Vodka (Red and Blue), Smirnoff Ice (Black and Red), and Gilbeys.

According to Adrian Njau, trade economist at the East African Business Council (EABC), the revised rules of origin are trade friendly, simpler and support value chain in the EAC region compared with the old ones.

This, he said, will ensure uniformity among partner states in the application of rules of origin. The rules will also ensure that the clearance of goods is transparent, accountable, fair, predictable and consistent with the provisions of the Customs Union Protocol.

“Under the old rules of origin, those products could not qualify as being of EAC origin, but under the new rules those products now qualify and can enjoy Community Preferential Tariff Treatment, which is zero per cent import duty only,” said Mr Njau.

“Motor vehicle assemblers and local manufacturers, who sourced parts from any of the EAC member states were allowed to enjoy the 15 per cent tax waiver. But the new rules will eliminate duty on vehicles wholly produced in the region,” he said.

Rita Kavashe, managing director of General Motors East Africa Ltd, said even though the EAC rules of origin were reviewed granting duty -free market access to all locally assembled CKD vehicles, there has been slow implementation.

“There is a continued stay of application of the 25 per cent common external tariff (CET) to apply lower duties for imported trucks and buses, yet these are locally available products. The strict application of the CET would ensure that locally assembled vehicles are competitive in terms of prices compared with imported ones,” said Ms Kavashe.

“It is for this reason that those who import fully manufactured vehicles are able to make inroads into the market against local competition, which has to cope with expensive energy, inefficiencies in transport and power, time to market and poor local infrastructure,” she added.

The revised EAC rules of origin will address the NTB on lack of preferential treatment on the motor vehicles assembled in Kenya when exported to Tanzania.

Emphasis on promoting local industries in the region has been a key agenda for the partner states since the beginning of this year.

The EAC heads of state recently endorsed a ban on the importation of used clothes and footware during the Heads of State Summit held in Arusha on March 2.

They also passed stringent rules on importation of motor vehicles to promote local manufacturing and assembling.

The application of rules of origin have been controversial, with traders claiming it is selectively applied by Customs officials to bar Kenyan products from entering Tanzania, Uganda, Rwanda and Burundi.

Last year, Kenyan manufacturers lost a bid to have the EAC Council of Ministers stop Uganda and Tanzania from charging full duty on imports.

The Kenya Association of Manufacturers had in June 2014 written to the Ministry of EAC Affairs, Commerce and Tourism requesting that under the EAC Common Market Protocol, Kenyan firms be allowed access to Ugandan and Tanzania markets without paying full duty as demanded by the two countries.

The regulations apply in all the EAC partner states with each having varied duty remission rates.

The duty remissions scheme, introduced eight years ago, allowed export-oriented manufacturers of commodities in the EAC bloc to pay reduced rates for imported inputs instead of paying in full the 25 per cent common external tariff rates in line with the Customs Union Protocol.

This is on top of the requirement that manufacturers of the goods produced using inputs shipped in under the duty remissions scheme sell up to 80 per cent of their products outside the EAC.

This means that only 20 per cent of the goods manufactured using inputs that have benefited from the duty exemptions can be sold in the region.

The EAC has also introduced a rule for goods sold in sets. In this case, the tax on such goods will be lower than that on goods sold separately.

A central database of registered exporters will be developed at the EAC Secretariat to track the type and number of goods traded within the partner states.

A rule has been introduced on approved exporters, where the competent authorities of the exporting partner states may authorise any exporter who makes frequent shipments of products. Under the new rules, proof of origin shall be valid for six months from the date of issue in the exporting country.