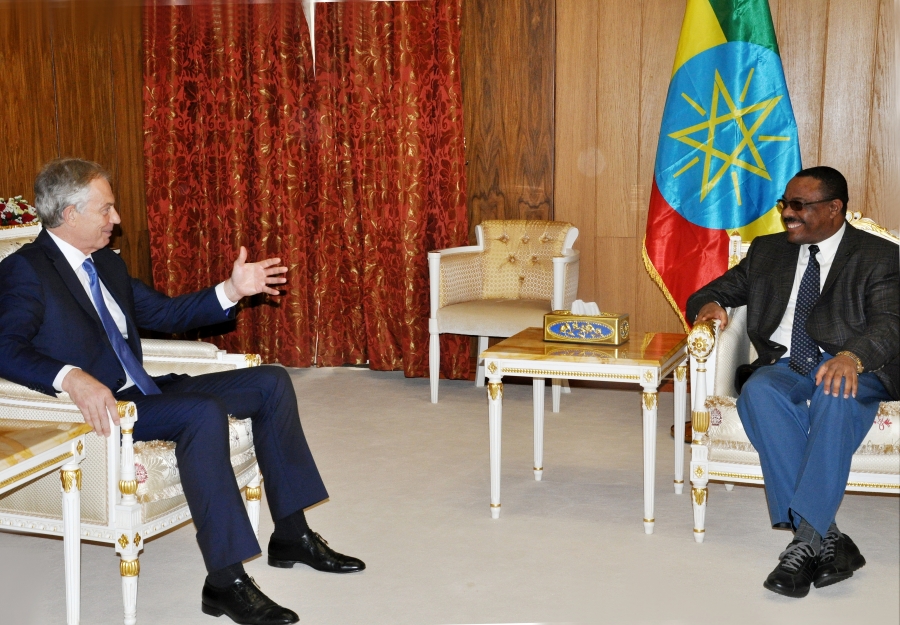 ADDIS ABABA (HAN) May 10.2016. Public Diplomacy & Regional Security News. BY HAFTU GEBREZGABIHER. Former British Prime Minister Tony Blair said that the economic progress Ethiopia has made is so impressive that investors from across the world could take advantage of it. Blair was holding talks with Prime Minister Hailemariam Dessalegn on various national and continental issues yesterday.

Blair told journalists after the discussion that Ethiopia has made economic achievements which could be exemplary to other nations.

He said: “The country has attained a new level of development. The Prime Minister and his team are really engaged in the industrialization process, building light energy and electricity with a view to transforming the agrarian communities in the country. This is a great stride Ethiopia has made in the last thirty years.”

“I went to the Bole Lemi Industrial Park and I proved that world’s top investors are coming and interested to invest in Ethiopia.”

An official who attended the talks, Ambassador Berhane Gebrekiristos on his part said that the discussion was very fruitful as it covered issues ranging from ways of working with foreign governments and private companies to assessing the country’s economic growth and identifying investment opportunities.

The discussion touched upon the activities to be carried out by Tony Blair Faith Foundation and other organizations and their role in creating employment opportunities in Ethiopia, according to Berhane.