Home frontpage It is a big loss when projects fail, and no one is... 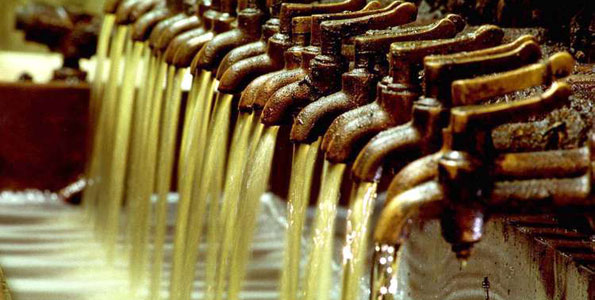 Failure of the biodiesel project, previously pursued as an alternative to petroleum products as a source of fuel, is an apt lesson to the country as to which projects to give priority.

Over Rwf 2.9 billion was invested in the Mulindi-based project and at some point, there seemed to be a breakthrough.

However several years down the road, the government abandoned the project for not being viable and sustainable. Indeed, government officials admit that there are no plans to revive it. While it is understandable that mass production of biodiesel is not viable, this could have been realised beforehand and save the taxpayers millions.

Realising that the project cannot fully take off when a huge amount of taxpayers’ money has already been sunk reeks of negligence. If earlier studies had been done well, they could have indicated that the project was not viable.

To abandon the project later when a lot of money has been sunk in it means that someone should be held accountable or bear the cost. By the time the government invested in the project, there was a promise that it was viable. What happened later? Someone should answer.

This is not the first time that such a fate has befallen a project in which the government invested money. The worrying bit is that there are many projects to focus on especially in the agricultural sector, which can be of value to Rwandans. Hundreds of farmers had been persuaded to grow jatropha with the promise that it would have market and are currently counting losses.

In the past, several projects such as the Internet kiosks in public institutions, overhead irrigation projects and telecentres were invested in but later abandoned. In the long run, such projects become a burden to the taxpayer.

While it is understandable that the government takes risks investing in projects, which sometimes pay off, such as the methane gas exploration, it is important to mitigate such losses and divert money to priority programmes. Such resources can be diverted to programmes that benefit Rwandans such as the One Cow Per Family and Mutuelle de Sante which are more vital.

The failure of the biodiesel project therefore should serve as a lesson and an eye opener for the government that when it comes to investing, it should give priority to projects that have value to the citizens, not those that could become white elephants.

The Auditor General reveals government programmes which get mismanaged and those that fail to account for the money. Rwanda is a country that is still on the path to development and cannot afford to lose even a coin on projects which are not viable.

Those who (mis)lead the government into spending money on projects which don’t take should be held to account.