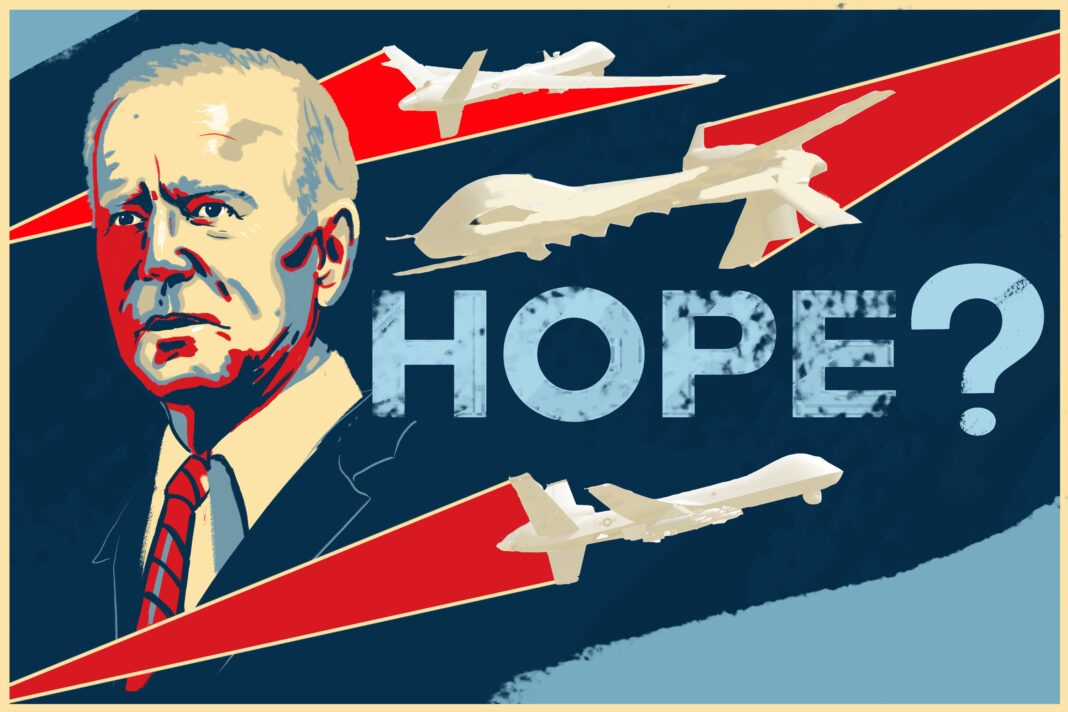 US President Joe Biden has temporarily suspended the use of drone strikes outside of war zones where American forces are operating, reversing a Trump-era policy that had given the military and CIA greater authority in countries such as Somalia and Yemen.

Any drone strikes planned against militant groups outside of Afghanistan, Syria or Iraq will have to be approved by the White House, Pentagon spokesman John Kirby said on Monday.

He described the measure as an “interim guidance” that was issued “to ensure that the president has full visibility on proposed significant actions”.

“It’s not meant to be permanent and it doesn’t mean a cessation” of strikes, he told a news conference.

“We are clearly focused on the persistent threat of violent extremist organisations. And we’re clearly still going to be committed to working with international partners to counter those threats,” he said.

During his time in office, Donald Trump had rolled back a number of limits on the use of drone strikes, including a rule that required US intelligence officials to report how many civilians were killed in a drone strike outside of a war zone.

Drone strikes quickly multiplied after that, becoming the only form of operations in some countries where only a handful of US special forces were deployed in support of local governments, such as in Somalia, where the US has been battling the al-Shebab Islamist group, or in Libya, where they have targeted Islamic State (IS).

Human rights groups criticised the move at the time, saying that the lack of transparency could “lead to an increase in unlawful killings and in civilian casualties”.

In January, 34 relatives of Yemenis alleged to have been killed in US operations, including six drone strikes, filed a petition to an international human rights body in order to determine whether the deaths were unlawful.

Reviewing military strike policy
The number of US air strikes, including drone strikes, conducted in Somalia had more than doubled in Trump’s first year of office in 2017, according to the Bureau of Investigative Journalism. In Yemen, the number of US strikes more than tripled that year.

The New York Times reported on the new guidelines last week, citing unnamed officials. The newspaper said that they had been secretly passed on to military commanders after Biden came to office on 20 January, but were only revealed in recent days.

The Times said that the administration’s review of its drone strike policy was still in its early stages and officials were currently gathering data, such as official estimates of civilian casualties in both military and CIA strikes outside of war zones during Trump’s time in office.

It also said the White House was assessing whether to restore an order requiring the government to disclose how many civilians were killed in strikes each year, which was invoked by former President Barack Obama in 2016 but revoked by Trump in 2019.

The CIA does not publish data on its strikes, while the military does.

During her confirmation hearing in January, Director of National Intelligence Avril Haines said she would advocate for a new order that would report “on strikes taken by and civilian casualties caused by all US government agencies”.

Biden has also signalled a willingness to repeal the Authorisation for Use of Military Force (AUMF) measures that Congress passed hastily after the 9/11 attacks, which allowed the White House to authorise military strikes without congressional approval.