Home Ethiopia Behind the Ethiopia protests: A view from inside the government 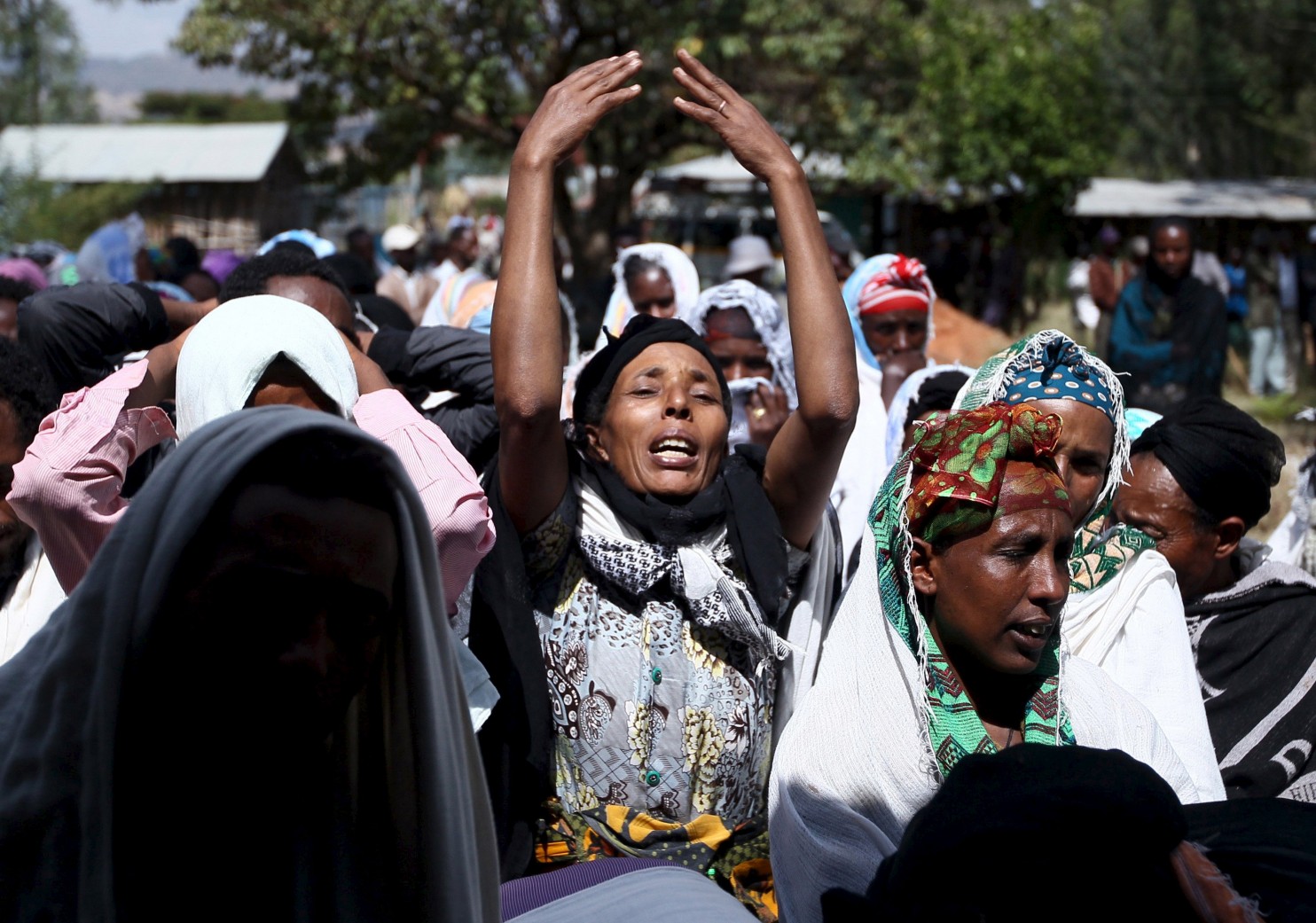 NAIROBI (HAN) September 16.2016. Public Diplomacy & Regional Security News.
BY:Juneydi Saaddo. For over two decades, the Ethiopian government has been walking with its eyes shut towards the edge of the cliff. It is now tittering on the brink.

The protests and strikes that have been held across several towns and cities since last year and have intensified over the past couple of months may have come as a surprise to those who accepted the “Ethiopia rising” myth. But it has come as no surprise to those of us who have seen the political system unfurl from the inside.

When a coalition of insurgent groups defeated the former military ruler Mengistu Hailemariam in 1991, most Ethiopians hoped the country would finally put aside its sad history of civil war and poverty and embark on a democratic and prosperous future.

This hope was not without reason. A transitional charter that got rid of the much despised centralised state structure culminated in a federal system that would give self-rule to the country’s 80-plus ethnic groups. Eritrea was allowed to hold a referendum to secede, which it did. Furthermore, given that the rising power-holders were former student radicals who had rebelled against military rule, many hoped the new leaders would be committed to democratic principles.

Yet within a year, this hope had begun to crumble. In 1992, the Oromo Liberation Front (OLF), a key member of the transitional government, was pushed out and resumed armed insurgency. Then, in 1994, the Ogaden National Liberation Front, which had represented the Somali ethnic group (the third largest in the country) in the negotiation of the Transitional Charter, also resumed armed struggle.

But despite such setbacks, many in the international community and in Ethiopia gave the new rulers the benefit of the doubt. In 1998, then US president Bill Clinton praised Prime Minister Meles Zenawi of Ethiopia, Isaias Afewerki of Eritrea and few others as the “new generation of democratic leaders” in Africa.

Domestically, some began to embrace the new rulers too, whether out of disappointment with the fractured opposition or because they were pleased with some positive changes in social and economic policy.

In 1998, war broke out with Eritrea. This conflict dashed hopes of peace in the region, but it brought about national cohesion within Ethiopia as the public rallied behind the government, led by the Tigrayan People’s Liberation Front (TPLF).

Many hoped the ruling party would use this support to establish an inclusive and democratic political system in the post-war era a couple years later. But instead, the war brought friction within the ruling party, with the winning faction led by Meles Zenawi purging almost half the senior leadership.

Nevertheless, this move still strengthened hopes for reform. The perception was that the hardliners had lost in the purge, while the reformists had won. Meles had also aligned himself with non-Tigreans to help him overcome the leadership challenge within the TPLF, leading many to assume Tigrean dominance would be reduced. Furthermore, the prime minister put several reforms on the agenda for internal and public discussion.

However, as it turned out, Meles was only keeping up the prospect of reform until he re-consolidated power. And he soon began attacking ideas of political and economic reform as part of conspiracies by neoliberal Western forces.

The country responded to the now growing authoritarianism and Tigrean domination by severely punishing the ruling coalition in the 2005 elections, with some claiming the opposition was robbed of victory by electoral fraud. In the face of the mass protests that ensued, Meles resorted to extreme repression and a crackdown against the opposition,killing hundreds.

At this point, many Oromo military generals gave up on the hope of internal reform and defected to Eritrea to join the OLF rebels. Amhara generals were accused of plotting a coup d’etat and were thrown in jail. And thousands of high and mid-ranking Amhara and Oromo officers were purged.

Meanwhile, mistrust and paranoia within the TPLF leadership continued to increase. In order to cut off economic support for the dissent, businessmen of Oromo, Amhara and Gurage origin had their business activities taken over by Tigreans or were jailed.

Meles died in the summer of 2012 after 21 years in power. As he was the main actor blocking reform due to fears of losing personal power, many believed his departure could lead to a fresh start. Those of us within the regime clandestinely circulated this idea.

However, the reaction from the TPLF leadership was extremely negative. They perceived the idea of a new transition as a conspiracy to push them aside. They appointed a non-Tigrean – Hailemariam Desalegn – to be Meles’ replacement, but this gesture was totally disingenuous as they simultaneously took swift measures to cripple the new PM’s power.

To begin with, they appointed some 37 generals, almost all of them Tigreans, before the new prime minister took office in violation of the constitution which gives such power to the prime minister and president.

They reduced the prime minister’s control over ministries by increasing the number of deputy prime ministers from one to three, with each ministry having to report to these deputies rather than the PM himself.

The Chief of Staff of the armed forces, the chiefs of intelligence, and foreign affairs remained in the hand of the TPLF. Several senior advisors were appointed to Hailemariam, almost all of them Tigreans. And while most of the hardline TPLF members who were pushed out in 2001 began to work covertly with the system again, those in government opposed to the increasing one-party monopoly were either demoted or, as in my case, purged.

The country did not only lose a chance to reform with Meles’ death, but entered a new and dangerous era. As the TPLF could not find a direct replacement for Meles, leadership rivalries emerged and fractured the TPLF. Meanwhile, several non-Tigreans in government finally gave up on internal reform and started actively colluding with opposition parties and activists.

For those of us who have seen the genesis of the current crisis from the inside, the current turn of events is therefore not surprising.

The eruption of mass protests in the two largest regions of Oromia and Amhara was inevitable as these communities have been deliberately and systematically marginalised.

The resilience of these protests is also not unexpected, given not just the depth of the people’s grievances but the complete lack of will to reform from the government. Thebrutal response of the regime is also in keeping with its paranoia about the rise of either the Oromo or Amhara against Tigrayan domination or of the alliance between the two.

The government seems to think it can kill and jail its way out of this unprecedented crisis, but no government could ever kill or jail such a vast percentage of its population.

The ruling party has shown that it can no longer reform itself and the state apparatus. It is therefore in the best interest of the country and the region that the regime steps aside to allow an inclusive transitional arrangement.

Juneydi Saaddo is the former President of Oromia Regional State, the largest region in Ethiopia. He served as Ethiopia’s Minister for Transport & Communication, Minister for Science and Technology, and Civil Service Minister until 2012.