Home Ethiopia Bashir Makhtal Imprisoned in Ethiopia May be Transfered 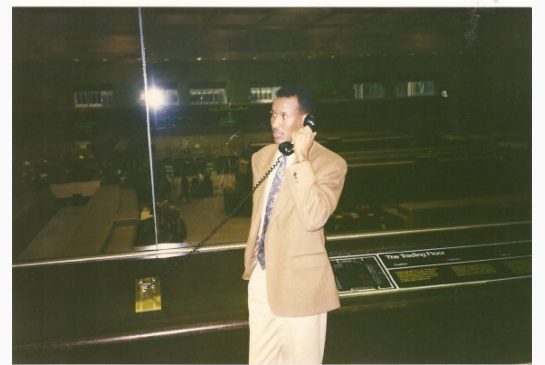 Toronto (HAN) October 14, 2015 – Public Diplomacy Regional Security News. By: Debra Black. Immigration Reporter, Bashir Makhtal, a Toronto man who has spent almost nine years languishing in detention in Ethiopia, is one step closer to coming home. Government officials have alerted his cousin Said Maktal that the paperwork is being drawn up to send to Ethiopia after the Minister of Foreign Affairs Rob Nicholson and Public Safety Canada Minister Steven Blaney finally signed off on a prison transfer. Maktal is relieved that his cousin’s transfer papers have been signed by Ottawa and is anxious to see him back on Canadian soil, but he has reservations and he wonders why it took them so long to sign the documents.
Earlier this summer Maktal accused the government of purposely delaying his cousin’s prison transfer.

“The only person who was interested in the case left the office — which was John Baird— and after that nothing has happened with the case,” said Maktal in July, referring to the former cabinet minister who has left politics. “So you can understand after so many years of hoping and no results, you ask yourself is this ever going to happen?” Maktal said in an interview with the Star. “I just want Bashir home.” Makhtal’s lawyer Lorne Waldman says he could be home as early as the end of the year. Once home, he will have to serve the remainder of his sentence in a Canadian prison.
“It’s always been my view,” says Waldman, “that with respect to this file especially since Minister John Baird left office it has been neglected … It is consistent with my view that the government doesn’t have a strong commitment to protecting Canadians who are detained abroad.” Makhtal was convicted of terrorism in 2009. He has always denied the charges.

He was arrested on the border of Kenya and Somalia in 2006 after fleeing Mogadishu and the fall of the Islamic Courts Union. He was questioned in Nairobi and was eventually put on a top-secret flight to Ethiopia where he was charged with multiple counts of terrorism for allegedly being a ringleader with the Ogaden National Liberation Front — an ethnic Somali group formed to gain independence in the oil-rich region. Maktal received an email in late September from the Department of Foreign Affairs, Trade and Development confirming the prison transfer had been approved by Ottawa and that a diplomatic note has been sent to the government of Ethiopia telling them the transfer had been approved by the government of Canada.

Lynne Yelich, minister of state for foreign affairs, also confirmed in an email that Ottawa has signed off on the prison transfer. “Canadian officials will now engage with the Ethiopian government to encourage their approval of the arrangement,” she wrote Maktal. “The onus is on Ethiopian officials to approve the next steps related to the transfer, including the terms of the arrangement.” Yelich also addressed another concern that his cousin has raised that Maktal had been denied Canadian consular access for a number of months. “The government of Canada attaches great importance to Mr. Makhtal’s case,” she wrote. “Canadian officials are actively seeing more frequent access to allow us to monitor his well-being and provide him with consular assistance.” The decision to accept a prison transfer came in late January after an impassioned pleato Prime Minister Stephen Harper to intervene failed. Makhtal was offered a deal two years ago but rejected it last year because he said he was innocent. But a decline in his health prompted him to accept the terms of the prison transfer which would see him serve five more years in a Canadian jail. Thestar