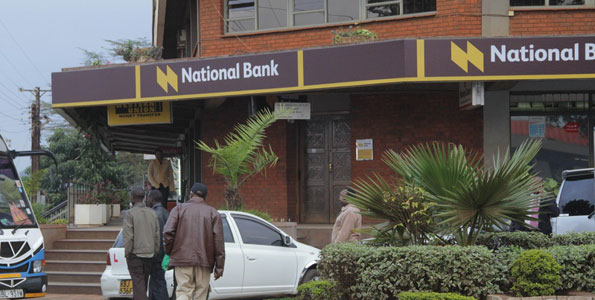 By JAMES ANYANZWA. Shareholders of listed banks in East Africa now face reduced dividends as the lenders divert resources to cushion against mounting bad debts that have rocked the industry.

Ten banks that have made public their financial performance for the nine months to September 30 increased their proportions of loan loss provisioning by 50 per cent, from Ksh33.82 billion ($338 million) to Ksh50.73 billion ($507 million) in the same period last year, reducing the amount of profit allocated to dividends.

Analysts said the increased number of non-performing loans (NPLs) indicate that the region’s economy is in trouble.

Uganda’s Crane Bank was put under receivership on October 20, and its nine-member board of directors suspended, after the bank’s NPLs swelled to Ush142.35 billion ($38.85 million) accounting for about a quarter of Uganda’s banking sector bad loans.

READ: How tips from employees caused run on Crane Bank

In April, National Bank of Kenya’s chief executive and five senior managers were sacked for under-provisioning the bank’s portfolio of bad loans.

Analysts at Sterling Capital said the loan book quality of Kenyan banks would remain under pressure in 2016 and 2017, mainly due to delays in payments to suppliers and contractors, challenges in the business environment like insecurity and adverse weather conditions, and enhanced re-classification and provisioning.

In Kenya, the Central Bank’s prudential guidelines require all institutions to maintain adequate provisions for bad and doubtful debts prior to declaring profits or dividends.

The banks are also required to limit the amount of interest they can recover on non-performing loans.

The new guidelines became effective on January 1, 2013, and gave powers to the boards of directors of each bank to ensure enough provisions for NPLs and that the provisions properly reflect the results in their financial statements.

According to research by analysts at Sterling Capital, the spillover effect of high interest rates since the fourth quarter of 2015 continues to slow down the banking sector growth especially in Tanzania and Uganda.

Many Kenyan banks are struggling with product pricing following the new law that capped interest rates, while in Tanzania, the government placed a directive to channel all government institutions’ payments through the central bank.

According to the sub-Saharan Africa (SSA) banking sector report, the slowdown in the building and construction and the mining and quarrying sectors in Kenya has begun to show signs of default risk. However, the impact of these two sectors remains comparatively low (about 10 per cent); the household and trade sectors account for approximately 46 per cent of the NPLs.

On average, 45 per cent of total loans have been advanced to both personal/household and trade sectors.

According to the report, dated November 29, asset quality in the Tanzanian banking industry has been affected, with NPL ratio hitting 8.3 per cent, well above the statutory target of 5 per cent.

The high concentration of NPLs in Tanzania was from agriculture, personal and the trade sectors.

“The banking sector remains highly competitive with most banks targeting the SME segment to grow their loan portfolio,” stated the report.