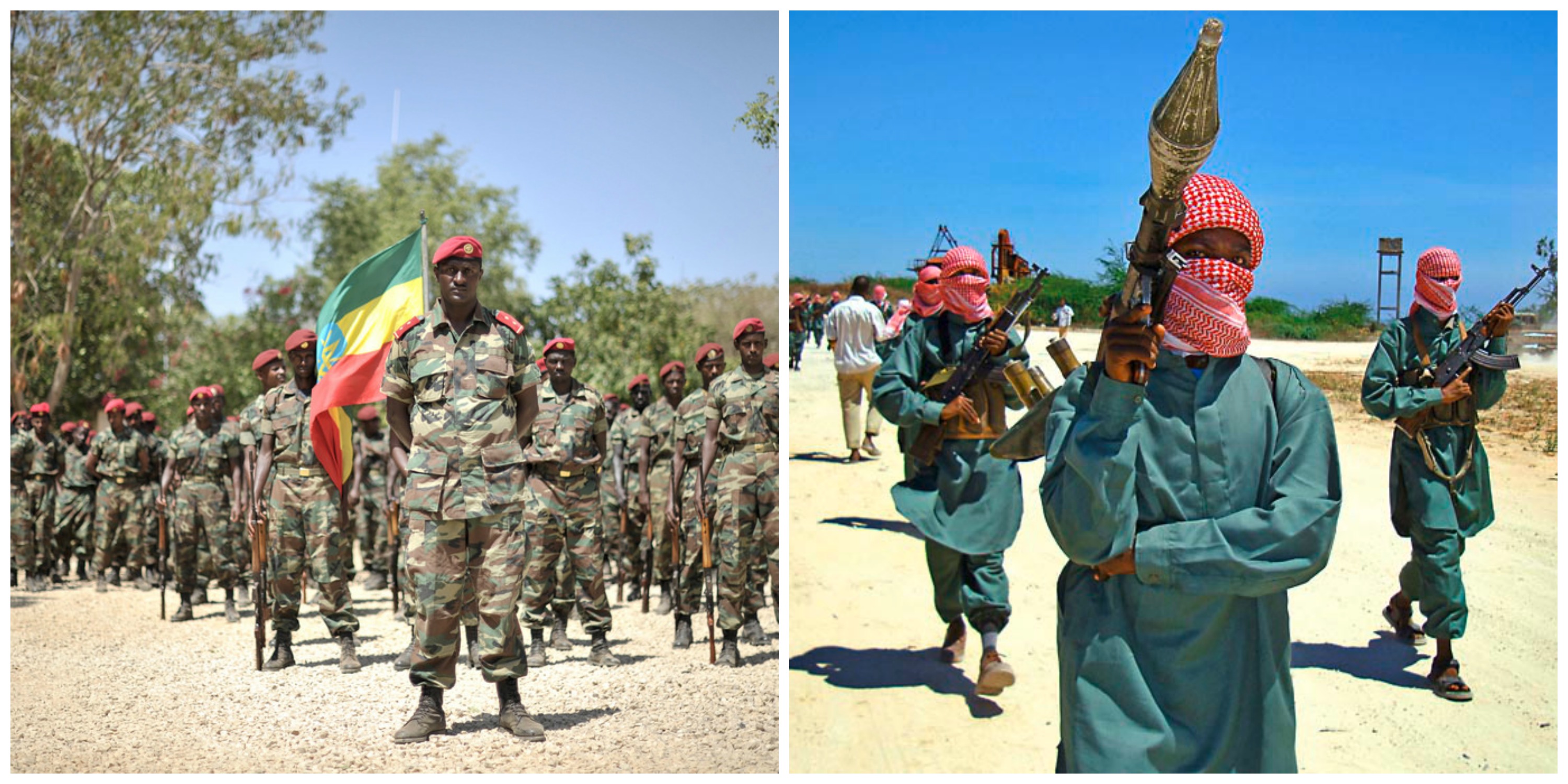 Washington (HAN) April 7. 2016. Public Diplomacy & Regional Security News. By Rob Prince. In what appears to be another U.S. proxy war.

In the mid 2007, the 50,000 Ethiopian troops that invaded Somalia in late 2006 found themselves increasingly bogged down, facing much fiercer resistance than they had bargained for as Somalis of all stripes temporarily put aside their differences to stand together against the outside invader.

As the military incursion turned increasingly sour, then US Under Secretary of State for Africa, Jendayi Frazer, who taught at the University of Denver’s Korbel School of International Studies in the 1990s, insisted that, prior to the invasion, the United States had counseled caution and that Washington had warned Ethiopia not to use military force against Somalia. Frazer was a close collaborator with former U.S. Secretary of State Condoleezza Rice, for whom there also is a strong University of Denver connection. Frazer certainly tried to distance the United States from responsibility for the Ethiopian invasion in a number of interviews she gave to the media at the time.

But one of the released WikiLeaks cables, suggests a different picture, one that implicates Frazer in pressing Ethiopia’s President Meles Zenawi to invade its neighbor. The content of the cable is being widely discussed in the African media. It exposes a secret deal cut between the United States and Ethiopia to invade Somalia.

If accurate — and there is no reason to believe the contrary — the cable suggests that Ethiopia had no intention of invading Somalia in 2006 but was encouraged/pressured to do so by the United States which pushed Ethiopia behind the scenes. Already bogged down in wars in Iraq and Afghanistan at the time, the Bush Administration pushed Ethiopia to invade Somalia with an eye on crushing the Union of Islamic Courts, which was gaining strength in Somalia at the time.

At the time of the invasion there was little doubt that the Ethiopian military incursion was “made in Washington.” Like so many other WikiLeaks cables, this one merely puts a dot on the “i” or crosses the “t” on what was generally known, although it does give specific information about Jendayi Frazer’s deep involvement in the affair.

According to the cable, as the main U.S. State Department representative in Africa, Frazer played a key role, spearheading what amounted to a U.S.-led proxy war in conjunction with the Pentagon. At the same time that she was pushing the Ethiopians to attack, Frazer was laying the groundwork both for the attack in the U.S. media and for a cover-up, by claiming that although the United States did not support Ethiopian military action, she could understand “the Somali threat” and why Ethiopia might find it necessary to go to war.

Frazer spread rumors of a possible jihadist takeover in Somalia that would threaten Ethiopian security. Turns out that media performance was little more than a smokescreen. The U.S. military had been preparing Ethiopia for the invasion, providing military aid and training Ethiopian troops. Then on December 4, 2006, CENTCOM Commander, General John Abizaid was in Addis Ababa on what was described as “a courtesy call.” Instead, the plans for the invasion were finalized.

At the time of the Somali invasion, Zenawi found himself in trouble. He was facing growing criticism for the wave of repression he had unleashed against domestic Ethiopian critics of his rule that had included mass arrests, the massacres of hundreds of protesters and the jailing of virtually all the country’s opposition leaders. By the spring of 2006 there was a bill before the U.S. Congress to cut off aid to Zenawi unless Ethiopia’s human rights record improved. (His human rights record, by the way, has not improved since. Given how the United States and NATO view Ethiopia’s strategic role in the “war on terrorism” and the scramble for African mineral and energy resources, Western support for Zenawi has only increased in recent years).

In 2006, dependent on U.S. support to maintain power in face of a shrinking political base at home — a situation many U.S. allies in the Third World find themselves — and against his better judgement, Zenawi apparently caved to Frazer’s pressure. Nor was this the first time that Frazer had tried to instigate a U.S. proxy war in Africa. Earlier as U.S. ambassador to South Africa, she had tried to put together a “coalition of the willing” to overthrow Mugabe’s regime in Zimbabwe, an initiative that did not sit so well with South Africa’s post-apartheid government and went nowhere.

The 2006 war in Somalia did not go well either for the United States or Ethiopia. Recently a State Department spokesperson, Donald Yamamoto, admitted that the whole idea was “a big mistake,” obliquely admitting U.S. responsibility for the invasion. It resulted in 20,000 deaths and according to some reports, left up to 2 million Somalis homeless. The 50,000 Ethiopian invasion force, which had expected a cake walk, instead ran into a buzz saw of Somali resistance, got bogged down and soon withdrew with its tail between its legs. The political result of the invasion was predictable: the generally more moderate Union of Islamic Courts was weakened, but it was soon replaced in Somalia by far more radical and militant Islamic groups with a more openly anti-American agenda.

As the situation deteriorated, in an attempt to cover both the U.S. and her own role, Frazer then turned on Zenawi, trying to distance herself from fiasco using an old and tried diplomatic trick: outright lying. Now that the invasion had turned sour, she changed her tune, arguing in the media, that both she and the State Department had tried to hold back the Ethiopians, discouraging them from invading rather than pushing them to attack. The WikiLeaks cable tells quite a different story. In 2009, the Ethiopian forces withdrew, leaving Somalia in a bigger mess and more unstable than when their troops went in three years prior. Seems to be a pattern here?