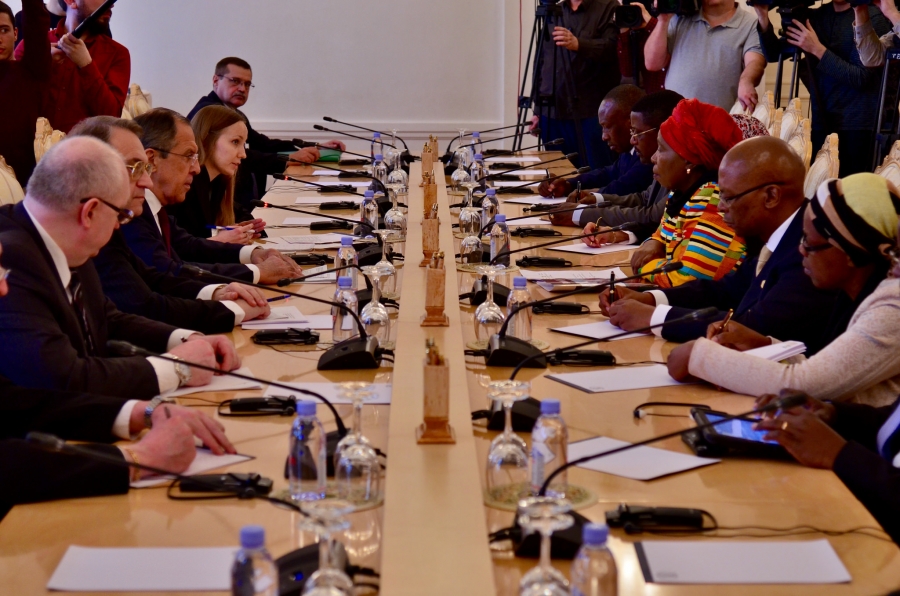 According to Russian Embassy press release sent to the Ethiopian Herald, the sides coordinated specific steps on further development of Russian-African multi-faceted cooperation.

The two sides also reaffirmed their mutual determination to give an additional impetus to Russia’s trade and economic ties with African countries and create favourable conditions for the participation of Russian companies in regional infrastructure projects.

During the discussion of urgent foreign policy issues, Lavrov and Dlamini-Zuma agreed on the need to create a multi-polar system of international relations on the basis of consolidated approaches to the drafting of UN resolutions, and respect for the UN Charter principle on non-interference in the domestic affairs of sovereign countries.

According to the release, Lavrov expressed support for the African Union’s line as a pan-African organization to promote regional integration processes, develop the human potential and normalise the situation in hotspots of tension, in accordance with the principle of finding African solutions to African problems.

Having expressed serious concern over the actions of radical and terrorist organisations that pose a universal threat, Lavrov and Dlamini-Zuma agreed to continue closely coordinating the political positions of Russia and the African Union.

Issues of problems of crisis settlement and post-crisis recovery in Africa, with an emphasis on the developments in Mali, Libya, South Sudan, the Central African Republic, the Democratic Republic of the Congo, Burundi, Somalia and the Horn of Africa were also discussed.